by Brian Gracey 4 months ago in Horror

Unexpected packages can be the worst... 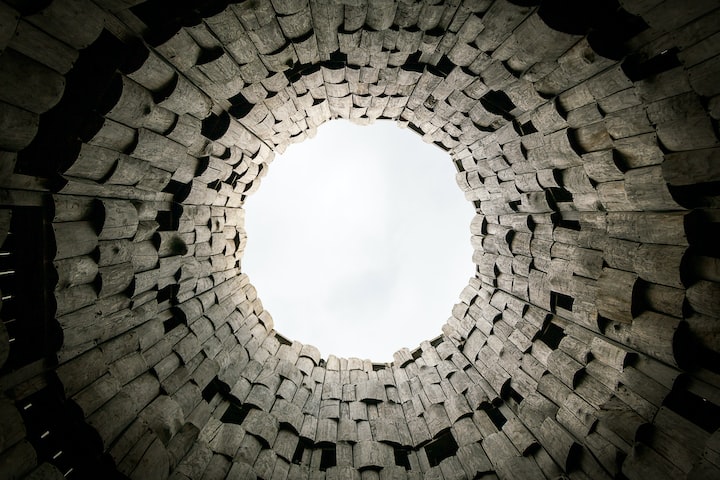 Photo by Maria Krasnova on Unsplash

I got another package in the mail today. I wasn’t expecting anything, but I do order a lot of things online so it wasn’t really that surprising. Sometimes I even got packages meant for neighbors, living in a large apartment complex with often obscured building and unit numbers. I checked my email, and seeing no alerts, picked up the package.

Sure enough it had my name on it, and my address, and no return address, written in a flowery hand on the heavy brown wrapping paper. About the size of a shoebox, but with a bit of heft, it was a puzzling package indeed. I couldn’t even think of anyone I knew who might send me such a mystery.

Tucking the box under my arm I unlock my door with my wrist implant and slip inside. “Hello Alex, how was work?” My home AI asked pleasantly, as it always does. The lights come up to my preferred levels and the air conditioner kicks on to cool the pad off to my tastes. Everything else continued powering up as I placed the package on the sensor built into the kitchen counter.

“Work is work Sam,” A name I had given her rather than just saying AI or House, “any read on the box.” It threw up some stats with a holographic display, weight, dimensions, etc. No indication of a power source or any emissions. I grabbed some tea from the fridge and sat down at the counter as the scan ended.

With a bit of a smile at the bluntness that could be read as humor I replied, as I always do “No worries, guess I can just open it.”

Pulling the package off of the scanner and peeling off the heavy butcher paper is a fun feeling, reminding me of Christmas as a child, and there is a surprising amount of it. Almost as if the wrapper was trying extra hard to protect what lay inside, or, a darker corner of my mind offered, to dissuade you from opening it. An unmarked, unlabeled box of corrugated cardboard lay within the torn next of brown paper. No tape holding it closed, no folds or slots to lock the top flap in place.

Opening it up was surprising to say the least. A single sheet of yellowed paper, possibly even parchment, with that same flowery hand laid on top, covering a blackened disk nestled in a tangle of greenish brown straw. A strong scent of brine radiates from the box as I move the page to one side and the disk onto the sensor plate.

Digging into the straw to see if anything else is in the box, I almost immediately pull my hands out feeling the damp slickness of what could only be rot. The package must have been in the post for a while. I toss the box and the rotting straw in the bin and pick up the letter as Sara examines the disk.

Read this first, the letter began, before handling the artifact. You don’t know me, but I was a friend of your grandfather’s. I say “was” because if you are receiving this then I am gone and things have already begun to spin out of control. Your grandfather and I were keepers of the disk, as our fathers and their father’s before them. Your father, rest him, died before he had to shoulder the burden, and so it falls to you, as I have no children.

I smiled a bit at the tone of the letter, seeming so personable but urgent, as I wiped a bit of sweat from my brow, surely still warm from having been outside. “Sam, can you cool it down a bit more in here, it's pretty hot outside today,” I call out to her.

I’m sorry this falls to you, but there is no one else, and there must be a keeper. The responsibilities are simple. Do not touch it. Do not let it come into contact with technology of any kind. Do not pass it on to someone not of your bloodline. These simple rules will keep you safe, and as strange and unbelievable as it might be, keep the world safe.

I was sweating even more now. What is this? Looking at the disc on the sensor plate it seemed very unassuming. Blackened and aged, sure, but dangerous? Sam had indicated no radiological issues, nor biological. Though now that I was looking at the holo display I wondered if she was glitching in some way, as she was registering some kind of non-euclidean error. The scanner plate was glowing a nacreous viridian as I looked back to the letter, my fingertips, the ones having touched the disk, itching slightly.

Your great-great grandfather and my grandfather found the disk on a forgotten island in the Pacific during the war, and thought nothing of bringing it back home with them. I asked my grandfather about it once and he said he felt compelled to return with it. They passed it between them throughout the years, and then their sons as they aged, and then myself and your grandfather. It will be worse for you as you have no one to share the burden, and if you have no children to carry on the task as you age, as I never did, you must know that you will be leaving the world worse off.

I grabbed a towel from the draw to wipe my shaven head as the temp seemed to continue to rise. “Sam, c’mon what are you doing,” I called out to the AI. Looking away from the letter I could also see that much of the lighting in the apartment had continued to dim and take on that sickly greenish hue.

“I am preparing the way Alex,” she replied. Her processing of the disk was complete and her display indicated that she was connecting with nearby networks through her wireless connection, something that I had firewalls up to prevent, and her display was repeating gibberish, some language that I have never heard yet at the same time seemed familiar to me. My fingers felt both rough and slick against the letter as I returned to it again.

The disk is a key, a map, and a creche. A key to the realms of the deep where things beyond our comprehension have resided for ages unknown. Beings whose life spans render our thousands, even tens of thousands of years of development and existence nothing but the blink of an eye. A map, or perhaps better said a beacon, for those entities to find their way back, crawling out of the trenches of the multidimensional oceans to retake their place of power in our physical plane. And a creche, a birthing device, for creating the door. The door that the map points to. The door that the key unlocks.

And if that door is opened, the keepers will be no more, and only death will die.

The apartment was dim now, bathed only in the pulsating, breathing gangrenous light from the scanner upon which the disk laid. Many of the other units nearby were darkened and throbbing with a ulcerous vim as a wave of code and impulse spread out from Alex’s apartment. And hunched over the sickly backlit disk was a growing, shifting mass of flesh and eyes and limbs, gibbering to itself as Sam whispered “The way is open. It has risen.”

Receive stories by Brian Gracey in your feed
Brian Gracey
Read next: Ashley Committed A Crime