by K.C. 3 months ago in Short Story 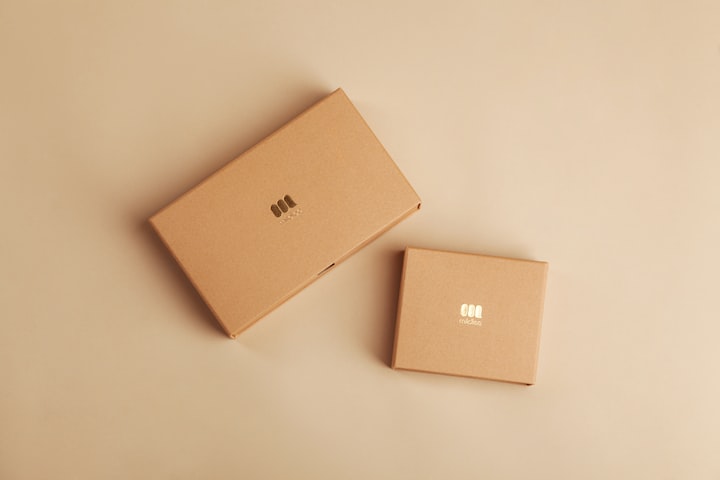 Photo by Mildlee on Unsplash

Amber was sitting at her desk in the back of the classroom staring out the window dreaming of the upcoming summer just lazing around doing nothing. “Amber, Amber! Are you paying attention or are you just day-dreaming again?” The teacher shouted at her and Amber was brought back to reality, “Yes mam I was paying attention.” she replied. “You were explaining to us about the upcoming exams and what we need to prepare for them.” The teacher glared at here and then continued on with explaining what had to be done. At the end of the day she received a text from her mother to pick up a package at a certain address and when she looked at it she didn’t know it.

As she was leaving the school she heard someone calling out to her and she turned to see her best friend running to catch up with her. “Hey, what’s the rush?” she asked. She was petite girl, a little shorter than Amber with big green eyes and red hair. “Hi Cristy, sorry my mind was on something else. Mom wants me to pick up a package at this location but I have never been there before and it’s on the other side of town.” she explained. “Well what’s the problem then, didn’t you come to school in your car, just drive over there and pick it up and if you want, I can come along with you.” Cristy replied. “Ok then, come on”.

This was Amber’s and Cristy’s first time on this side of town and she really didn’t know where she was going and Cristy kept on telling her where to turn on the GPS when they came up to an old building. “Are you sure this is the right address, it looks so old and run down”, Amber commented “Yup, this is the place. You want me to go up and get the package for you?” Cristy asked. “Nah, that’s ok, I think I can manage,” Amber said as she got out of her car and began the climb up the steps to the front door. When she reached the porch there was a box wrapped in brown paper with a note attached,

If your name is Amber then your mother sent you for this, take it to the address on the top and do not open it. That is all. Amber looked around but could see no one and even knocked on the door, but all she got was a hollow sound of her knocks echoing through the old house and she turned and went back to her car. “You look like you seen a ghost, what happened?” Cristy asked. Not saying a word Amber threw the box into the back seat and began driving away. “Well, you gonna tell me what happened or are you gonna make me guess?” she asked once again and Amber told her what happened and asked her what the address was on the package. “That is so weird and it looks like we are going to old man Harris’s place on the outskirts of town.” Cristy said. “Are you sure? Why would mother want me to bring a package out to old man Harris?” Amber asked. “I don’t know, that’s just where the address is.”

Amber’s car came to a stop in front of an old farm house and she got out and went and knocked on the door and an old man came out. “Excuse me sir, I have this package wrapped in brown paper in my car and it said to bring it out here. Are you expecting anything?” she asked. “You must be Amber”, the old man said and he turned and left and when he returned he was carrying another package wrapped in brown paper with another note attached to it. “A young lady came by earlier today and said that a girl named Amber would be by today saying she had a package for me and she handed this package to me and said to give it to you and hold on to the other one as well.” he explained as he handed the package to her and said good bye and closed his door. Amber now walked back to her car even more confused and now she has two suspicious packages wrapped in brown paper.

She got back in her car and put the package with the other one and retrieved the not that was stuck to it. You now have two packages in your position, return home to where your mother is waiting and under no circumstances, Do not open them. “Wow, that is certainly weird,” Cristy said as Amber put her car in drive and returned home. When she returned home she grabbed both packages from the back seat and walked up to her house when there was another note stuck to the gate. Come to the yard. When Amber opened the back gate, SURPRISE, Happy Birthday, everybody shouted as her mother came up to greet her. “I’m sorry about the run around my dear, I wanted to get this all set up before you came home. I know your birthday is not till tomorrow, but this is the only way I could pull this off and you picked up your own birthday gifts. That’s why it said do not open but you can tear that old brown paper off them now. The package from the old house, there’s tickets there for you so you can visit your grand parents down on the farm during the summer and you can take a friend, and the package from old man Harris’s place you will see for yourself.” her mother explained. When Amber tore off the old brown paper and opened the box, there was a halter in it and a picture of her new horse and her eyes filled with tears as she hugged her mother. “Old man Harris said we can keep the horse at his place and you can go out whenever you like and he also said he would also look after him when you’re not around. Happy Birthday sweetie”.

Receive stories by K.C. in your feed
K.C.
Read next: The Trials