by Chandler Olof 4 months ago in Adventure
Report Story 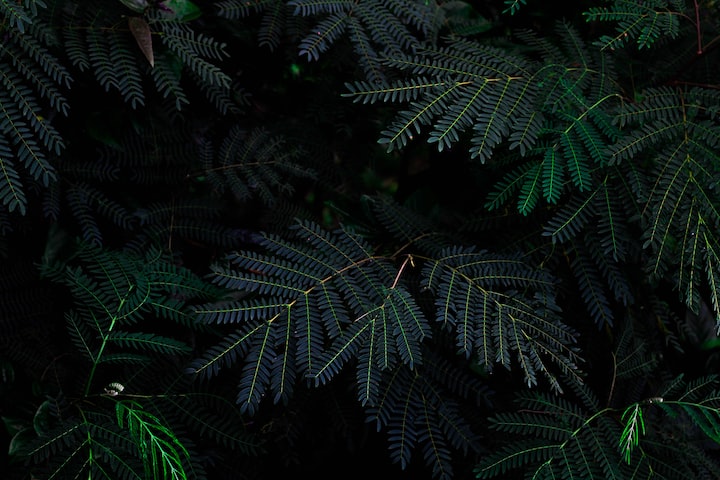 "I swear you were alone. I watched you from my distant altitude as you left your hometown behind. The trail you stomped was a coarse cut in the smooth snow. I remember it because I didn't understand it. How could you leave so much destruction behind you?

You stopped and looked back to peer up at me, hovering above you. Your hair looked like ruffled hawk feathers. You were dirty and your eyes were open vases for fear to be poured into. I saw you shuffle harder in the shoulders; dragging the heavy regrets through mud and blanket. And then I knew.

I knew you were afraid of me. But you wanted to fly.

Others have seen me and said that I was the symbol of wisdom. You looked upon me and thought I was the omen of death. Cowboys are so peculiar. Creatures that secure their own demise, simply because we crossed paths on my night hunt.

Do you want the truth?

Oh, you're not quite ready for that yet. Allow me then, to teach you my ways since you had the courage to learn from me.

When we fly, we are silent. We glide and leave nothing behind us. Invisibly. Blending into landscapes. Our flight is not through force, but balance. Find the faults in the air; the currents, and use them to your advantage. Flying is easy, as you now see.

We also do not care what others say about us. That has no place in our minds, because we know that ultimately, those who merely critique must live by their own self-righteous rules. If you decide to carry their weight with you, you will still be able to leave the ground, but this is not freedom. This is not flying.

You now need the truth to understand the last principle, so you must be ready. I followed you to this abandoned barn because I live here. Our ways are not in fulfilling a creature's beliefs about us. I am free of that and now you are free of that.

You used to be that creature; impatient and wanting because you were slow and tired, weighed down by the unnecessary. But see now, spread your wings cowboy," taught the old, cryptic barn owl.

I stretched them out, feeling the nimble power surge. At any moment, I could be in the stars. However, something bothered me.

"How can freedom abide by rules?" I asked.

"Still weighed down young one. Does chaos not abide by its definition? Are there not elements to the nature of change that remain the same?" it challenged.

I am dumbfounded. I stare without an answer.

Tiberius M. Grant, the notorious flying cowboy, though he wasn't him yet, woke from his sleep. He first saw his breath, then glanced to see a barn owl hunkered in the valley rafter. He sat up, accepting his survival of the cold night. Almost instantly, he heard a rhythmic crunch of snow outside. Alison Hughes had come to look for his sorry soul.

She walked through the crippled door of the barn. He met her sad gaze. Without saying a word, she set down the oil-wicked lantern and carved a place in the white floor for a fire.

The cowboy soon felt warmth return to his frozen flesh, signaled by the sting of a keeled homeostasis. Alison sat beside him, listening to the cackle of the flames, though she didn't know what they were laughing at.

"The folks back home say it's alright," she cracked.

"Well I beat the sun up just to come find ya," she muttered as she stood to leave.

"Ms. Hughes," he graveled. She turned to irk at him after picking up the lantern.

"How can I be free if I care about the latest gossip?" he said.

"It ain't slander. They're defendin' you. People care about you Marley..."

His innards winced at the name.

She stopped trying to leave. She could ignore the fire's laughter, but this cowboy?

"I can't be what people say about me," he confessed.

She knew why the fire was laughing. It was laughing at her. Did she really think coming here and starting a fire for him would turn him around and come home with her? It's existence; a mockery of her best attempt at trying to save someone. And this cowboy saved a whole town; he couldn't live with himself either.

"Why not? Why can't we just be good people?" she asked through the lump in her throat.

"'Cuz, you gotta kill your brother sometimes," he whispered and choked.

"He was a bad man Marley. You saved us," she comforted.

"Good men don't kill their brothers. I ain't gonna leave anything behind no more. No destruction, no nothing."

He stood and her tears finally fell.

"Do me a favor? Make me the villian. I can't stand being the one who-"

"Alright," she interrupted. "What do you wanna be?"

He nodded, took out a cigarette and lit it with his lighter.

He puffed into the morning air his freezing breath and smoke as he walked out the missing wall of the barn, away from the rising sun. Alison watched as his footprints grew smaller and smaller, until they vanished. The cackle reintroduced itself. She quenched it with a kick of snow.

More stories from Chandler Olof and writers in Fiction and other communities.