The truth is not always what you hear 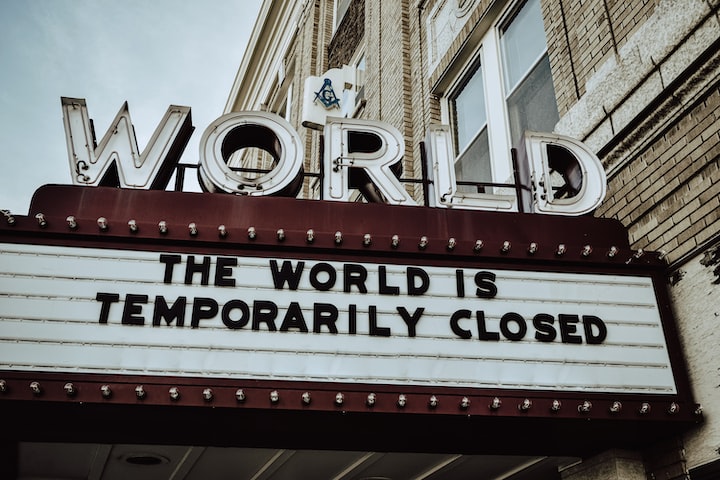 Photo by Edwin Hooper on Unsplash

Two thousand and forty. There were no weeks nor days. The hours didn’t have the sun to count, and they were all locked within those walls. It was a virus, they said. A virus that killed all men, something about the chromosome that was fatally attacked by an airborne disease.

“Not again!” Albert was crying inside.

“Only the undeveloped fetus was safe. Most of them died, some were brought to an inoculated structure.” This was the way they would know that another day has passed. The speakers would release this voice from every corner of their public and work areas.

“And here you are. A man, just one young man within all those that were born this way.” Albert started mimicking the voice with his lips. “The virus attacks the production of testosterone, bringing liver cancer, severe cardiovascular problems, and muscle atrophy.”

“Stop it!” Said Henry. “You’re getting into trouble.”

“Anything is better than being here all the time.” Albert was agonized by all of this system. They both were the only ones that stayed behind. Most of them were gone by eleven years old to the upper level. They were still considered kids in their check-ups, so they were in the starter group.

The system was made within levels. Those levels were from the baby’s rooms – where they stayed until being toddler’s – to the child’s areas. There they could start learning about all that happened to the last free man alive. The virus, the tale of friends between the girls and boys.

The girls were always with their mothers in the baby’s rooms, it was the last time that any of them knew what a girl looked like, from afar. They were not allowed to build friendships, since they would be separated into different children areas.

Medical checkups and care were a week’s routine. They were always tested and nothing seemed strange, since they were trying to protect the collective from the virus. Once, a mother was spotted trying to touch her kid after being in the wild zone – the place where the virus is still active – and, after several checkups, some of their friends had to go to the dead zone. And they were never spotted again.

“How many days can we have in this dump?” Cursed Albert, eager to get out of there.

“Any time now.” Henry touched his trousers. “We only need to get this working properly.”

“Or maybe we’ll become lab rats because we are not upgrading.” Albert checked his pocket and pressed his lucky charm against his fingers.

“You still have that?”

“What?” He knew what Henry was asking, they were friends for so long. Therefore, his games of ingenuity didn’t work. He could see it in his friend’s face. “Yes. It’s the only thing that matters here.”

“If they catch you with that locket…” Henry was concerned.

“They cannot take my amulet that easily. It’s mine!” He took it out of the pocket, looking at it. “Isn’t it beautiful?” Albert was checking his silver locket, the only stuff that he could have from his mother: a necklace. A heart-shaped silver collar with flowers embracing the little heart in the center.

“They will take you and punish you if they see you with that.” Henry alerted.

“I do not even care.” Despite saying that, he put his treasure back in his pocket, feeling its shape on the pad of his thumb. “And I miss her.”

“Do you still remember her?” Asked Albert. “If it wasn’t for the photo inside it, I believe that I couldn’t remember her face by now.”

“You two. Come here.” Said the woman that was responsible for their room. These women were always there, never leaving their job for nothing. Maybe She was as trapped as them, taking care of all those kids.

Did she know about my locket? Thought Albert, trying to be cool about the situation. Both got up and followed her. They were so afraid that didn’t notice the route. They were going near the entrance to the next level: it would be the dead zone?

“There you are.” She spoke. “Hand on the screen.” Henry was the first. A green light opened the left door. “Congrats,” She stated. “You’ve been upgraded.”

Albert saw this only friend disappearing after that door. It closed. He was alone. Or was he?

“You’re next.” She spoke. Albert was so afraid of the color. Would he go to the dead zone?

His hand touched the screen and a yellow light appeared.

“I’ve never seen the yellow one.” She commented, between her teeth. “Take care, Albert.”

“Thanks.” He answered, not even knowing if that was a good thing. The door at the center opened, and he walked through. It was a room. A yellow room with only one table and two chairs.

He shrugged his shoulders as the door closed behind him. There was nothing in that room. He sat and waited, clutching his amulet with his hands in his pockets.

"Focus!" He ordered himself. There was nothing else he could do. Time went on and nothing was happening.

He was trying not to think, keeping the focus on the necklace he was clutching.

Where was he? It's a death sentence? What will happen next?

More stories from Sofia Duarte and writers in Fiction and other communities.