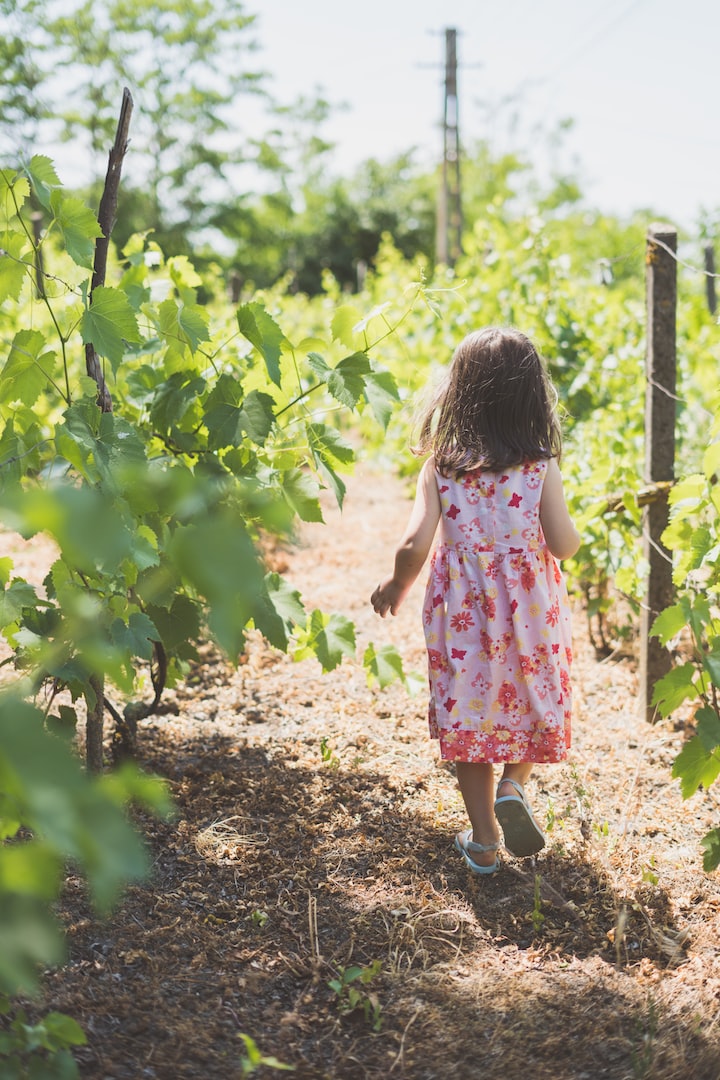 Photo by Jordan Rowland on Unsplash

"Nobody can hear a scream in the vacuum of space, or so they say," Kevin said as he stared at the milky way.

Tara glared at him. "And that's one of the many reasons I'm not going. Please, can't we just lay here and enjoy this beautiful night together?" She refilled their wine glasses.

Kevin propped himself up on one elbow. "You can't ignore the issue. Half of the world is burning, and the other half is almost frozen over. We need to get on that next shuttle."

Tara repeated. "I'm not going! I'll take my chances. This area seems to be stable. It's quite pleasant here. Maybe this region between the fires and the ice will be able to sustain life until the environment stabilizes.

"You're crazy. Even if you're correct, the population is exploding here. Crime is rampant as supplies dwindle. There's not enough food and housing to accommodate the influx of people. We have tickets, and we're getting on that shuttle even if I have to throw you over my shoulder."

Tara stood up, grabbed the bottle of wine, and stomped off toward the vineyard. The rows of grapevines calmed her. Her parents moved here twenty-five years ago. She was born after the first planting. Her first steps were among the vines about the same height as she was.

She chatted as she ran her fingers over some leaves and gently touched some tiny green grapes. "I love it here. I owe it to my parents to stay and make this work. These are my grapes, for my wine. This place is my responsibility."

She remembered when her dad called her. He gently informed her the wildfires in California had trapped them. They'd gone to check out a new variety to plant. The fire was on all sides, and they couldn't get out. Her mom cried as she said goodbye. Her dad, stoic as always, said, "You'll be okay. Kevin will help you look after the winery. Those are your grapes and your wine now."

She heard a loud snap in the vines. There was no wind, so she studied where the sound came from to see what critter was after her grapes.

She saw the gun barrels before the people emerged from the vines. She spun around and ran but a bullet whipped by her.

"That was a warning. The next one is going into the back of your head."

Tara turned to see a woman in full camo gear, pointing a rifle at her. Behind her was a mixed group of about thirty people, all with weapons up.

"What do you want? I have nothing of value." Tara tried to look fearless, jamming her shaking hands into her pockets.

The woman grinned. "Nothing of value? Your vineyard is nice and green. You have power and running water. That's the most valuable thing left in the world. We're taking it over."

Tara turned and ran to find Kevin, planning to hide out in the safe room in the main house. A bullet buzzed over her head. She ran on, but the next one grazed her above her right ear, and she fell to the ground.

One of the men examined her and saw blood pooling under her head. He kicked her hard in the stomach. Tara didn't move. "She's dead. We move on. Fan out and kill anyone in the way."

As the sun slowly rose over the east end of the vineyard, she opened her eyes to see someone standing over her. She tried to scream, but a hand quickly covered her mouth.

"Shhhh! It's me, Kevin. We're leaving now. I've got the truck idling where it's out of site from the main house and winery."

"I can't go; I have to look after the grapes!" She said weakly.

"I'm sorry, there's no hope. They thought you were already dead, or they would have finished you off. It's time to go." He scooped her up and carried her to the Ram. He hopped in and drove slowly to the main road, careful not to leave a dust trail. Then he sped off toward the airport.

A medical team met them, loaded Tara onto a stretcher, and wheeled her through the cargo door. Kevin hopped in after, dragging a cart with some of the things he'd packed during the week.

Tara struggled and pulled the I.V. out of her arm. She shouted, "I can't leave my vineyard! I don't want to go to another planet that doesn't even have a name yet. Earth is my home!" She tried to get to her feet. A nurse caught her before she passed out.

When she woke up, Kevin was beside her, stroking her hair. She wanted to yell but saw that he was crying. She couldn't wipe his tears because her arms were restrained.

Kevin looked her in the eyes. "I thought I lost you! I'm sorry, but I couldn't live with myself if I let you stay there. The two of us couldn't have defended the place. Those desperate people were trying to escape being engulfed in flames or covered in ice. Maybe our little section of paradise will survive, and we can return someday, but we had to leave."

Tara nodded sadly. "I'm not happy. I don't want to be a space traveler. It's terrifying to me."

"We're not space travelers; we're on a shuttle going to a sustainable planet. I have a present to give you." He reached down and opened a large cooler. He picked up a few sealed vials and handed them to her.

She stared at the glass containers. Inside were tiny cuttings from the vines. "My grapevines?"

Kevin squeezed her hand. "Yes, love, I got permission to collect them in these special vials. We can start over. When the vines are a couple of feet high, maybe our child will take their first steps in your new vineyard.”

Tara tried to lift her arms to hug him. Kevin asked the nurse to remove the wrist straps. They hugged as they wept together.

After wiping her tears, Tara frowned at Kevin. He jumped up, concerned she might try to run again. Instead, she said. "I want you to know that I better be able to scream when we get there. I've got a lot of pent-up emotion in here.” She pointed to her heart.

Kevin laughed. "Yes, my tiger, I look forward to hearing you roar. Then I'll know you will be yourself again."