by Blanca Nino 9 months ago in Fantasy
Report Story

If you had the power to manipulate death and life, would you? 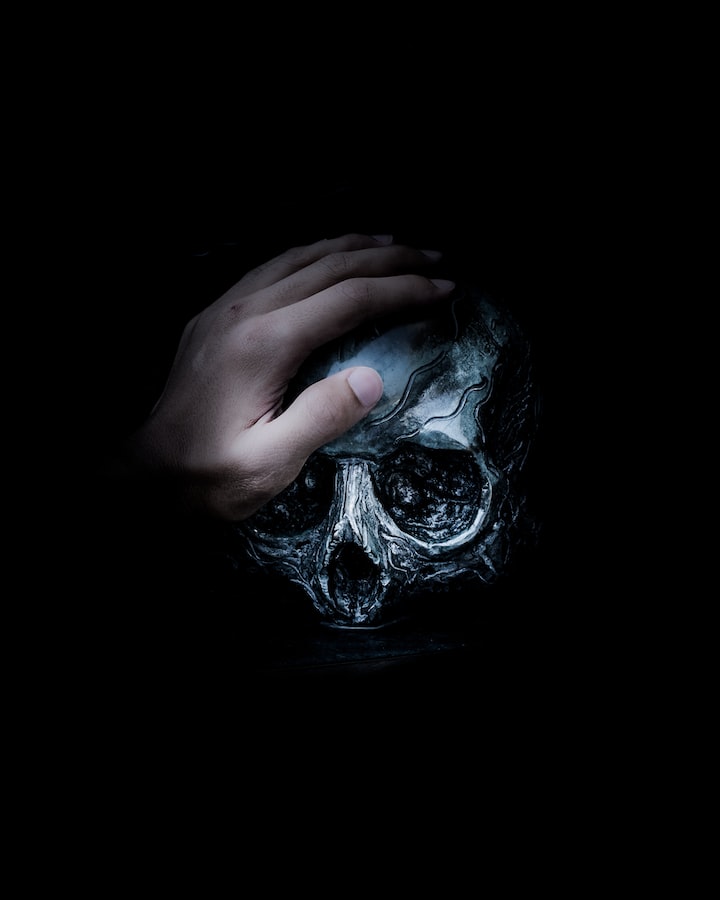 Photo by Leonardo Yip on Unsplash

“How long has he been dead?” I ask the woman in front of my door. Her face glistening from the frozen tears on her face, she clasps a worn blanket over her shoulders. She wears an old threadbare gray dress underneath, barely enough to contend with the frigid cold outside. Her eyes are wide as she looks at me, but it’s as if she is looking past me.

There is no sign of a horse behind her, only a set of footprints on the snow. It must’ve been a long walk, or from the look of her, a long run.

Good, I think to myself.

“I accept payments up front.” I say as I nod, making every effort to conceal the regret in my voice.

“Of course.” She says as she lifts her blanket to reach for a small pouch tied to her belt. She hands it over, her hands shaking, either from the cold or the shock. I peek inside to find a couple of gold coins, a few silver coins and a pair of diamond earrings. Not nearly enough, but I can tell she’s given me everything she has.

“I’ll gather my things and then we ride on my horse.” I say as I shut the door behind me. I found this small abandoned cabin a few months ago. It's sole room more than enough for someone who is constantly on the move. I can never stay in a single place for long, and my time here is nearing its end. With the help of the light emanating from the fireplace I don my winter coat and my purple cloak. The soft velvet surface of the cloak reminds me of my sister’s smooth hair. I reach for my bag hiding behind the bed.

Suddenly, I am no longer in a cold room. Instead there’s a blazing heat all around me and a fire that keeps growing as it gets a hold of my arms. I desperately grab the bag and fall backwards.

Just as swiftly as the fire had appeared it vanished, leaving me laying alone in this cold cabin with the bag on my lap. But the fire I had once experienced left its mark on my arms, scarring them akin to melted wax. Most of the damage is hidden under long sleeves. I put on my gloves before heading out.

The sun has begun to set as we ride towards the woman’s home. The woman rides behind me, grabbing me tight as she lets me know when and where to turn. April’s obsidian mane shines in contrast to the white snow. The snowflakes being lifted by her hoofs kiss our bare skin, leaving a tingling each time.

We finally arrive at a small cottage next to a frozen pond. Smoke is billowing from the chimney and a soft light is emanating from inside. The inviting look a paradox to what awaits inside.

We step into the cottage, the fireplace warming the whole place. I remove my coat from underneath my cloak. The woman sets it on a chair in the kitchen and guides me to one of the two rooms. There are five beds in the room, all empty except one, where a boy in his teens lays. His skin is tinged a pale blue, and his body is still as if frozen in time. Siblings surround his bed, staring at him with faces wet from tears. They gasp as I enter the room with their mother. They seem both afraid and fascinated by me as I make my way to the boy and analyze his body.

“How did it happen?” I ask as I look for any sign of frostbite. Some of the tips of his fingers and toes have it, but nothing that can’t be reversed once the spell is cast.

Then, the tips of the fingers are no longer pale blue or black. The skin is a creamy chocolate, and slightly red where the fire singed her skin. I look up at her neck and there are bruises. Her chest still while mine heaving, hunting through my bag for the materials for a healing spell as tears block my vision. I attempt the spell, but it just leaves me with both my sister’s lifeless body and her dear white horse lying dead next to her.

“He was going to town, and he decided to cross the pond.” One of the kids speaks, and brings me back to the present.

“We heard his screams and went running to help him,” one of the girls adds.

“But it was too late.” the tiniest of the bunch answers, with a frail voice. She has a pale pink dress that must have been handed down from all her four sisters. It is evident it pains her the deepest seeing her brother like this, and I hear the trace of something else in her voice.

I turn to look at the mother as I start saying “I need one of you to cast this spell, it-” But before I can finish the mother nods and says.

“Take mine, I’d do anything for my dear boy.” She says as tears build up back in her eyes.

“It cannot be you.” I disagree. “In order to make the exchange there must be nothing tying you to this world. You have all of your young children to look after, you might want to but your body will not allow you.”

She whimpers as she hears these words, but I know she believes what I say to be true. Before I start giving suggestions the feeble girl that had spoken before walks up to me.

“I’ll do it.” She says, and although her body is weak her stand is firm. Her two brothers and four sisters yelp as she does.

“The doctor says she will not live for long, she is sick all of the time,” the mother admits.

“He was getting medicine for me, that’s why he fell. It’s my fault.” The girl adds, and confirms my suspicion. Guilt makes for the best exchange. Like one of the soldiers responsible for my sister’s death. I enjoyed taking his life for hers. It filled my body when my spell had finally worked. But that joy was short-lived.

I have set the girl next to the body of her dead brother, both lay face up. The girl turns to look at her eldest brother and a tear streams down her face as she whispers something to his ear. I comb her blonde hair with my hand. The hair, from a golden color turns tar black and I find myself combing my sister’s hair with a brush.

She hasn’t spoken a single word since I woke her. She is just a shadow of who my sister used to be, everything but the light. She grunts or screams when she wants something and she has a bad temperament. She does not sleep. Sometimes she acts more like an animal, except when she looks at herself in the mirror and stares at her rotting appearance. A big piece of hair falls off, I quickly start apologizing and I hear her cry for the first time. I try to stop her as she proceeds to grab and pull at her hair and more starts to fall off. I embrace her, and she doesn’t try to get away from me like she usually does. She lets her weight fall on me, and we both cry together.

The purple light emitting from my spell brings me back. I don’t remember setting the stones on top of their eyes, drawing the symbols on their chests, tying their arms together or even chanting the words for the spell. But here I am touching both of their abdomens with no gloves on, exposing my deformed hands. The warm color of live flesh starts spreading over the boy’s skin. The frail girl starts choking, water gurgling out of her mouth, body shaking. She is feeling everything her brother had when he was dying. I can feel her strength leave her body as I transfer it to her brother. I am surprised to notice there is nothing in her fighting for her life. The body holds on to life when afraid, but she has no trace of fear.

Her body comes to a sudden stop as the boy’s chest starts slowly breathing in and out. The purple light steadily dims as the boy sits up, confused. Just like my sister had long ago. His mother and siblings are all huddled together, holding on to each other tightly. But as he looks at his immobile sister his eyes widen in realization, and they furrow quickly.

He looks at his mother as he spits out with rage “How could you!” His mother falls to her knees and whimpers.

He turns back to his sister, and his body becomes small as he holds her light body in his arms.

“Oh, my Izzi, you weren’t supposed to die, remember? Your big brother was going to keep you alive!” He cries into her neck. I cried onto my sister’s neck too, after I had put her to sleep once more. After she had smiled, for the first time, as I pushed the knife through her heart. I held her for as long as I could, and I wish I could still be holding her now.

I quickly gather my things and make my way out to the kitchen, putting on my coat. I can hear the boy screaming at me from behind. “You monster! You’ll rot in hell for this! You monster!” I mount April, and signal her to run. My welcome here has been overstayed.

The words from our mother in the coven echo in my head, the words she said as she banished me. She was right, I am not a god. Gods are the ones that let us die senselessly. They watch as we tear each other apart for others and each other. I am simply a bystander, trying to make death meaningful. Yet, I must admit it, when death is involved nobody truly wins.

More stories from Blanca Nino and writers in Fiction and other communities.