The Man in the Dolia

by M.E. Royce 5 months ago in Classical
Report Story

when Vesuvius fell, the past listens. 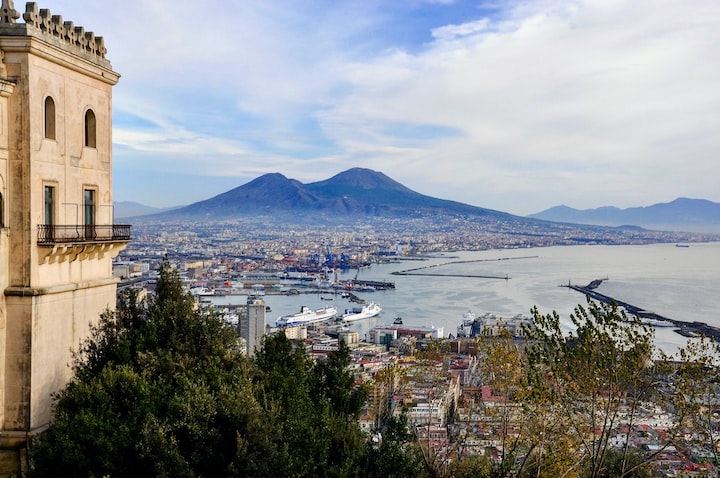 Photo by Francesco Baerhard on Unsplash

It was all bones. He was all bones. Bones and dust and remnants of a civilization long past. Yet even after all those years, the man in the dolia still lived. In part. In spirit. He lived and wandered as an echo of tragedy. Not of war or deceit, but disaster by fire, water, and time. He hadn’t died the day when the mountain came crashing down. That was a different matter entirely.

Just past noon, the man in the dolia shivered. The ghostly mountain of Vesuvius crashed to the earth. Thick, burning clouds engulfed the narrow streets of Herculaneum. His tomb of wine was buried next to black, charcoal sliding doors of a vesuvinum.

The tsunami landed shortly after. His prison was cemented beneath six meters of volcanic rock. There he stayed. He was already dead, of course. But that was a different matter entirely.

It was the year 79 AD, October. Unfermented wine poured over his rotting corpse flavoring his marrow with plum. He despised plums. When he breathed in he could smell the bitter tang of the plums, skin rising to the surface as the wine sat untouched beneath the ground.

That wasn’t the way of things now. The wine dried over time. He could drift around in circles, like a mouse trapped in pot. Up, down, side to side, like a stone ricocheting off of a wall. It was perpetual darkness. The same dolia and nowhere to go. It could have been day. It could have been night. He wasn’t sure if he was trapped in the physical world or had passed to the Fields of Elysium, fated to eternally crash into the walls of his personal, buried crypt.

Then came light, splitting and blinding. Picks cut through volcanic rock. Brushes in the hands of archaeologists swept away dust. Muffled murmurs echoed around the dolia. The man in shied into the farthest crevice of his cage. He looked down on the skeleton clothed in dust that cut through his phantom knees. The skull was missing a tooth on the lower jaw. The man in the dolia massaged his neck where a hand had clenched it. He felt another hand knock him in the jaw before he slumped to the ground, dazed in pain.

It’s funny how the past seems to replay in one’s mind when given eternity to remember. The man in the dolia remembered everything now. Everything from when he was living. Everything after he died. Everything until the year two-thousand-nineteen.

The man in the dolia rose from the knobby embrace of his own arms and up into the open air. To his left were stacks of amphorae with little red inscriptions. They hadn’t seen the light of day since soldiers cut them out centuries earlier under the guidance of the Borbone kings. The wooden torcular was carefully tucked behind panels of glass across the room. The anthropologists were careful to keep the charcoal wood as intact as possible to maintain a proper snapshot of its burial. Its burial in 79 AD. That was when everything was buried. The man in the dolia had already been there, patiently waiting for time to pass and time to present a change. And change he was granted. A little past noon on October 24th.

He couldn’t quite see the group of people yet. He knew if he waited, pink, sunburnt noses would peek through the window opening and comment on the fine preservation of the pots of wine. They always wondered at the shop owner, where was he? Or they commented on the type of wine that was made here. A girl bit her lip and raised a phone flashlight to the observation hole. Children crowded up around the girl’s knees as parents and schoolteachers fanned their faces with museum brochures. The guide, medium height, brown haired with red lipstick and a roped tag around her neck piped in. Did you know that the vesuvium wine that was sold in this very spot can be tasted at one of our anthropological wineries? Flyers would be handed out and the Herculaneum museum would pocket a penny or two more to fund their antiquity vineyard.

Part of him wanted to wave, bow, or make some welcoming gesture that this generation understood. He learned that those who do not see, cannot look upon him. Only one had seen his missing tooth. They had returned the following day to hear about the time Vesuvius erupted midday and crashed to the ground that evening. This young boy’s eyes widened as I described the screams cut off by the pyroclastic flow down by the docks, mothers hugging their infants.

The man in the dolia stood there, watching them. Watching as he always did. From the first tour with the Italian archaeologist as the guide to the Italian militia closing up the site for the night.

The sun rose and fell. The man returned to his dolia. His bed. His tomb. He curled up in his skeleton arms and looked up. There was a in small crack in the roof that looked into the starry sky above. Morning would come.

Graduated with a BA in Creative Writing with a love for YA fantasy and literary fiction. Self-published at seventeen with new creations on the way.

More stories from M.E. Royce and writers in Fiction and other communities.