by Crystal R Whitchurch 4 months ago in Young Adult

The Magic Word by Crystal Whitchurch 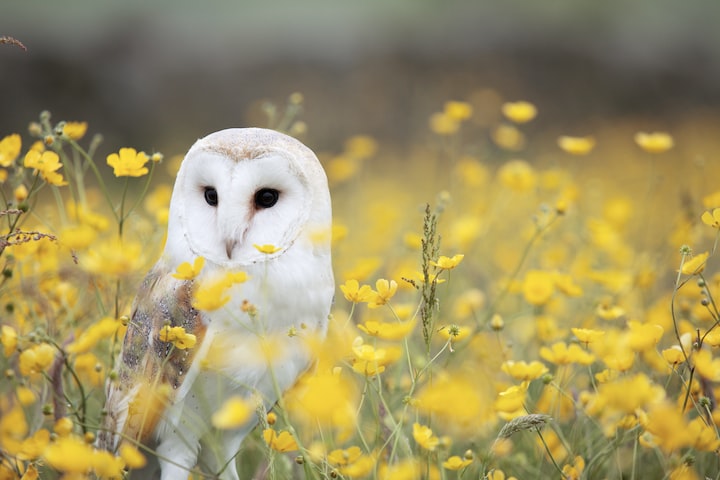 Photo by Andy Chilton on Unsplash

There once was a small village deep in the woods. Now this village looked like any other except for one thing. Our story begins with a girl with long white hair and blue eyes, her name was Mary.

Mary would sit close to the creek to watch the fish swimming. Other children would run by but some would stop to try and catch the fish.

One day a little boy named Tom saw Mary sitting by the creek. He walked over to her and asked “What do you see Mary?” Mary looked at the boy and said “stars”.

Tom stared at Mary in wonder. “How did you see stars?” asked Tom, Mary leant in and said in a whisper “Magic”. Before Tom's very eyes Mary disappeared from site with only a white feather sitting there.

Tom looked around, but Mary was gone so he picked up the feather and ran home. At home he told his mother everything. His mother looked at him and told him “I too met a little girl when I was his age and she too gave me a feather. You are lucky! I hope you figure it out because I did not.”

Tom’s mother went to the closet and pulled a book down. When she opened the book Tom could see pictures, dried flowers and leaves of all kinds of colors. But when she opened to one of the pages he saw a white feather like he held.

Tom looked to his mother to understand. “Tomorrow look for the girl and you will understand.” Tom looked at the feather in his hand and wondered what it all meant.

Tom grew sad, he could not find her anywhere. So he started to make his way home. While walking past the town gate Tom heard giggling. There by the old path stood Mary.

Tom ran to her only for her to run down the path. So began their cat and mouse game. Tom trying to catch Mary. Mary ran fast down the path giggling till finally the path came to a stop in front of an old tree.

Mary stood there staring at Tom holding a feather. “Where do the feathers come from?” asked Tom. Mary looked at Tom and said “Magic”. Then to Tom's surprise Mary changed before his eyes into a white barn owl.

Tom gasped “How?” while Mary flapped her wings. Mary changed back and said “One day I found a feather by the old tree. I wondered what it would be like to fly like a bird. So holding the feather in my hand I wished to fly. So I did and before I knew it I was soaring the stars under the moon’s light.”

Tom looked at the feather in his hand. He closed his eyes and wished. “I wish to fly with the stars.” When he opened his eyes nothing happened. Mary was giggling at him much to Tom’s disbelief. “Why didn’t it work?” shouted Tom. Mary stopped laughing, looked at Tom and said “Magic!”

Tom stared at the spot she had stood in. He sadly looked down at the feather in his hand and signed out “Magic”.

A little boy no longer stood there but a small barn owl did. The owl looked around in amazement before starting to flap its wings. Soon the owl was flying when the white owl joined in. Together they soared over the village.

So every night Tom would say goodnight to his mom before climbing into bed. Once the moon was high he would open his window and say “Magic.”

More stories from Crystal R Whitchurch and writers in Fiction and other communities.