by Patricia Thorpe 10 months ago in Short Story

A beautiful and honest deception 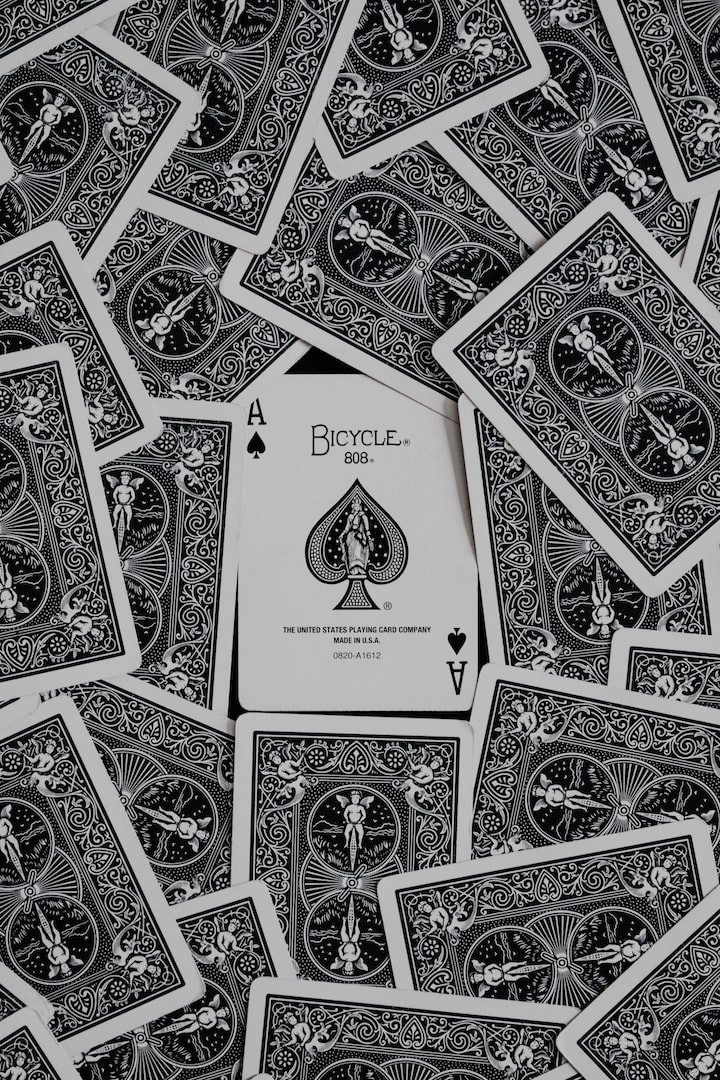 Photo by Klim Musalimov on Unsplash

When I was seven, my mother took a job at Old Oak Manors, a nursing home walking distance from our apartment. For almost a full year, she worked the 11 to 7 shift. She got home at 7:25 most mornings, poured my cereal, packed my lunch and walked me to school, still dressed in her white uniform and thick-soled shoes.

After the first few days of her coming home in time to make me put on my coat, I wouldn’t let her hold my hand. When she reached for mine, I shook my head and shoved my fists into my pockets, trudging along beside her in sullen silence.

The odor of old people, urine and disinfectant clung to her clothes and skin. I was afraid that if I touched her, her smell would stick to me and I’d go to class smelling like pee and pine.

I was ashamed of her. And worse, she knew it. I could feel her pain as she told me amusing stories about her patients, trying so hard to be bright and cheerful while her only child refused to look at her. And then one day, she told me about Polaris.

Polaris, she said, was a magician. He could make things disappear, do the most amazing card tricks and once even escaped from a straitjacket. I tried not to show interest, but something in my body language must have shouted my curiosity because she said, “I can bring you over to meet him, you want.”

I shrugged nonchalantly, kicked a wrapper out the gutter. “I don’t care.”

But I did care.

I cared a lot.

She was waiting for me when school let out that afternoon and we walked the eight blocks to Old Oaks. My mother talked a blue streak that day, chatting about Polaris, how he ended up in Old Oaks when his wife died (“Poor thing,”) and how his children wouldn't have a thing to do with him. She said he told the best stories she’d ever heard, funny tales about his years as a traveling magician, and for once, I listened to every word she said.

Old Oaks was a Victorian house next to the library. At one time, it had been a beautiful place, but decades had worn off the pretty. The paint was peeling, the shutters broken, the lawn a tangle of weeds. I hated the place.

When my mother marched in, me beside her, I took one look at the ancient people in wheelchairs and recliners and reached for her hand.

She smiled down at me with so much love in her eyes that I shrank against her. As we walked down the narrow corridor to Polaris’ room, old ladies stretched out their claw-like hands to touch me. Some called me other boys’ names and by the time we reached Polaris’ door, my heart was thudding and my stomach hurt.

I was instantly disappointed by the old man with dyed black hair, narrow eyebrows and bad skin. He was sitting in a wheelchair by the room’s only window, framed by fading sunlight. He smiled at my mother, nodded at me. My mother pushed me toward him. “See?” she said brightly, “Here he is! The one, the only, Great Polaris!”

I resisted the urge to say sheesh.

The old man chuckled at my mother, but his eyes never left my face. They were shrewd, hard and I knew the old man was taking my measure just as I was taking his. “C’mere boy.” His voice was smoker’s hoarse.

I took a step forward. The room was stifling hot. Sweat trickled down my back. The heat bothered the old man, too. His face was beaded with perspiration. His thinning hair, a ridiculous shade of black, was shiny and wet. The skin around his hairline was flaky, the shoulders of his sweater dusted with dandruff.

“Well then, Seth Aaron McCellum, what do you want to see?”

The old man opened his arms. “Okay then. Give me your coat.”

“You look hot. Give me your coat.”

I looked up at my mother. She smiled. I took off my windbreaker.

It looked small in his hands. He felt it all over, like he was feeling for rips, then folded it in half and in half again. The red nylon folded easily, compressed into a square the size of a lunch napkin.

“Now watch close, Seth Aaron,” he said. “This is how you turn something into nothing.”

He closed his fist around the square of fabric, and when he opened it again, my coat was gone.

My mother laughed and clapped.

“You put it in your other hand,” I blurted.

The old man smiled and opened his other hand. It was empty.

“Then it’s under that blanket on your lap.”

He lifted the blanket, shook it out. His legs were spindly, his feet encased in worn brown slippers. He put the blanket back down, still smiling.

“What did you do with my coat?”

He scratched his chin, his eyes on mine. “Why, your mother is holding it, of course.”

I whirled around in time to see my mother’s bewildered expression. “I don’t-“

My mother snapped open the white pocketbook over her arm and an expression of pure joy flashed over her face. Her laughter rang out and I realized it was a sound I’d never heard. I stared at her, astounded.

She reached into the bag and pulled out a square of red nylon. Her laughter brushed the air, her eyes danced and suddenly, I loved her with the fierce emotion of the young and I was ashamed, not of her, but of me.

“How did you do that?” I tried to sound cool, but knew I failed.

“Magic, my young friend,” Polaris said, “is merely an illusion.”

The old man made my mother’s bracelet disappear and reappear under the potted plant on the sill. He took her scarf and it disappeared from his palm, came out of his sleeve. He did card tricks and coin tricks, and the afternoon passed in a haze of magic’s mystery.

I wanted to know how. Why. I shifted my weight from foot to foot, wanting to ask, but so afraid to speak the words.

Finally, just as we were about to leave, I forced myself to say, “Will you teach me?”

His eyebrows rose and he didn’t answer right away. My mother blushed, “Oh Seth, Mr. Polaris is too busy-“

He raised a hand and she stopped talking. “I’ll make a deal with you, Seth Aaron.”

“You come back to me with a magic trick you learned by yourself, and I’ll teach you some of mine.”

For weeks, I thought about what he said, I bought books on magic and pleaded with my mother to take me to joke shops. But the tricks I could buy there were just that: cheap illusions, nothing like the magic he’d been able to create.

Then one day, my mother brought me a small paperback of Ripley's Believe it or Not. The book had a picture on its cover of a penny with a needle going through it. In small print, down at the bottom right corner, it said: "to learn how to do this, turn to page 29."

On page 29, there was a diagram that showed how to put a needle through a penny. It took me fifteen afternoons to get it right. But it worked. The needle went cleanly through the center of the copper penny.

When it was done, I wrapped my penny carefully in a bandana and walked by myself to Old Oaks. Polaris was in his room, still staring out the window. Dust motes swirled in the shaft of sunlight. He didn’t even turn his head to see who’d entered.

I showed him my needle in a penny and he asked me how I’d done it. I thought it over carefully before I said, “Magic isn’t merely an illusion, sir. It’s an awful lot of hard work.”

He put his hand out to shake mine. “Welcome to the real world, kid,” he said.

He wheeled himself over to his closet and pulled the white door open. Inside, on the floor, was a dusty box. He grunted as he picked it up, settled it on his lap and whirled his chair my way again. I couldn’t take my eyes off that box.

What magic did it hold?

He must have seen the hunger in my eyes, because one corner of his mouth lifted and he tapped the box with a bony finger. “This,” each word was a tap, “is for you.”

The box was the size and shape of a shoe box, but it was covered in brown butcher paper. He lifted the lid slowly.

It was empty. Disappointment coursed through me.

His eyes never left my face. He settled the lid back on, took a coin from his bedside table and said, “Watch closely, Seth Aaron.” He put the coin on the center of the lid, then took a deck of cards from his sweater pocket. He showed me the cards, placed the deck on the coin. “Now,” he said. “Watch.” He tapped the deck four times, each tap a loud bang. He lifted the deck of cards and the coin was gone. Still watching me, he lifted the box lid. The coin was inside.

He didn’t answer at first, perhaps wondering if I really wanted to know. I didn’t understand his hesitancy when I was a child. I get it now. Magic is a brilliant shine. But once you know how a trick is done, the shimmer is gone, dulled by knowledge. Sometimes ignorance is bliss. Back then, though, I wasn’t interested in watching magic – I wanted to create it. I wanted to be the one holding the cards. As if he could read my thoughts, Polaris nodded slowly.

“Alright, Seth Aaron,” he said. “I will show you. But first, know this: magic is a beautiful and honest deception.”

He showed me the trick, which was really nothing more than tape and misdirection. Instead of being disappointed, I was thrilled. I left Old Oaks that day with Polaris’ empty box tucked under my arm.

Even all these years later, I use Polaris’ box to thrill my kids and their friends. Every time I pull it from the top shelf of my closet, I swear I can hear the old man’s voice and I’m grateful that I learned the beauty of misdirection from a master. He was wrong about one thing, though.

Magic is more than an illusion. It's a gift.

I started my career as a journalist and later moved into marketing. My work has won several national awards. I've been writing fiction since I was old enough to hold a pencil.

More stories from Patricia Thorpe and writers in Fiction and other communities.