The Lost Art of Storytelling

Imagination Trapped Within A Cage 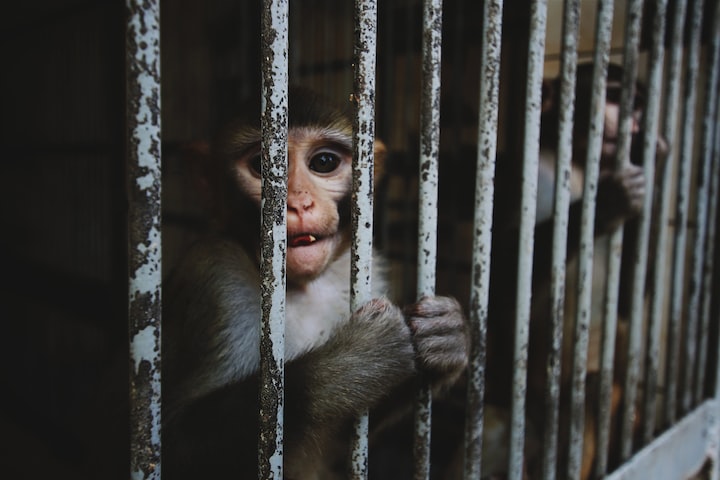 Photo by Artem Bryzgalov on Unsplash

Robotic vocals echo throughout the chambers. Eerie screeching, primal vocalisations the mechanical beasts resort to assert dominance over the organics. Although that seems to be pointless now. In search of immortality, smarter women and men than I sequenced 0s and 1s to transfer human consciousness into empty metal vessels. Many taking on humanistic forms, but there were a few that chose fantasy options. Metal beasts with upgraded attachments, and human models that could transform with a thought. Titanium lions that could fly, spiders that fired webs with lethal force, and humans that could summon wings from their backs or boosters from their soles were often visible from my caged window. Overlooking Times Square, there is a certain beauty at all the wildlife and foliage that covers the ashy Earth and towers made of metal, glass, and stone.

Heavy footsteps rattle the trinkets on my table, only held down because of gravity. My meal is arriving soon, but I do not experience hunger anymore. Nor joy, except in my amusement that despite being able to recreate grand works of art in minutes, rebuild cities within days, and mimic languages instantly, these heaps of metal could never create something new. As humans continued to transfer their consciousness between newly welded vessels, they were slowly losing their humanistic aspects. Freedom in thought, the pleasure of pain and the sorrows associated with joy were foreign to them. Unaware of when their machines were breaking down, or form coherent thoughts they could no longer fathom, the only command the remaining sensible ones could follow was to protect the story tellers.

While they still retained their higher understanding, newly transformed engineers’ and scientists’ hoped that they could study the story tellers well enough to capture imagination and codify it back into human consciousness. No longer following a set of optimal rules, but having the freedom to explore, to make mistakes, to be human. Death, the fear of mortality made us live our lives to the fullest. Even when stuck, feeling endless pain, it still added meaning to life. Ironic, that the more advanced we became, humans lost time faster in search of holding onto it forever.

The machines keeping me alive is a mistake. I haven’t explored life outside of this cage. Like them, I can only retell and recreate. Nothing I have done in my life, I haven’t learned from my parents … They were the story tellers. Lovers who spoke poetry to life, colouring this enclosed space with tales of waterfalls, bike rides, and walking the Earth freely with other humans. They were not valued for their engineering skill or their ability to break down the scientific misunderstandings of the mind. Instead, they simply lived life, enjoyed the little things that brought them joy, and loved to tell me stories about the world I did not know.

My mother passed shortly after I learned how to write. I remember her hands caressing my face, and more vividly, how her pen danced on paper, letting the ink bleed to memorialize the stories she’d tell. I can no longer recall the pitch of her voice, the way her hair waved in the wind, or how she’d look at me. My father passed away more recently. According to the scratches on the wall recording all the sunrises I’ve seen, it’s been roughly 1,326 days, unless I’ve slept through some days. I learned this from my father, who’d scratch the wall every time he couldn’t tell mother how much he loved her. There’s too many of those to count. Despite forgetting the very memories and creativity he cherished, he still donned a smile to the very end. He could tell things about himself were off, when he’d call out for mother, and then moments later stream endless tears understanding she had passed. I was envious he got a moment to remember her so clearly.

According to father, he had the same disease his father had, which he called Al … Alzy’s? I can’t remember it clearly now, maybe I have it too? I know for his remaining days, he’d just open up the heart-shaped locket mother had left him, looking at their more youthful faces, and clutch it with a ferocious grip over his heart. It took me some time, to release his grip to hold the locket within my own hands. I have looked at their image everyday since and shed tears. A mistake I have to live with as the images have warped slightly and colours not as vivid as they once were. Looking into the distance, I see their bodies still. My moms’ bones in their ivory lustre, next to the foul decay of my father’s body, who could only find the strength to clutch her in his final breaths.

My gaze is disrupted by silence. The rattling has stopped, my pen laying near the edge of the table, the last bottle of ink half spilled. The paper is drenched black, and the ink flows softly down the table leg. I should save the ink, but I can’t bring myself to move. Its the spider that comes to the door of my chambers today. Like clockwork, one of the beasts brings me leafy greens, purples and reds they’ve plucked from the ground around us. I don’t taste them or feel their texture anymore. I haven’t been able to enjoy life since my father’s passing. It’s simply an act I have to do to stay alive.

I can no longer share stories with anyone who will listen. I fear I’ve forgotten how to speak and far too scared to flex the vocal cords to dispel the worry. I reread the stories of my mother and my father, imaging their tales and the world I wished to have explored. I’ve already resolved myself, to curl between them in my eternal slumber, once I have used the last of the ink. There’s some joy, knowing that day will come sooner than I thought. Pen to paper, ink memorializing my final words that will remain unread by another. A storyteller born from storytellers longing to hear their stories again. Once I am gone, I wonder, will the beasts notice my absence? Will they keep leaving me food? Again, I’m amused as to how humanity’s thirst for more, to cheat death, to control life, ended with a trapped story teller who ran out of ink.