The Logistics of Providence

The problem with passing off your problems 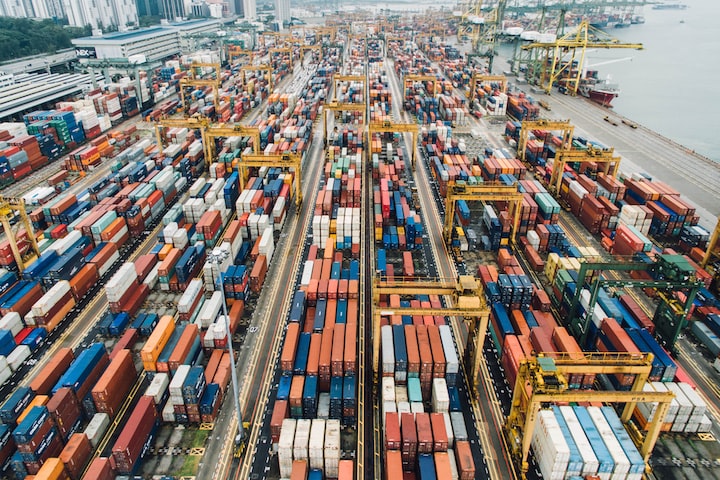 The airy rush of distant highways serenades the nighttime city into a restless half-sleep. A well-dressed man steps from the back of a limousine, a suspicious package wrapped in brown paper nested in the crook of his arm. His head on a swivel, he scans the hoi polloi for a proper recipient. As he passes under sodium-yellow streetlights, the package pulses and the lights tremble.

His steps are urgent. Quick strides blur their way around small groups of riffraff stalking the city’s streets and sidewalks. The man stops, changes direction, and cuts across a summer-brown field to a woman on its far side, bent over a trash can.

“Yeah? Wot the bleedin’ gypsy nell do ya want?”

She resolves into the form of an unkempt elderly woman. Her cockney-accented voice sounds like bourbon filtered through a paper bag stuffed with leaves.

He holds out the package, a perfect cube, no labels on the plain brown paper. Its coffee-colored twine is tied precisely in place even as its surface ripples, like water after a dropped stone.

She looks at it, adjusting the position of her head for multi-angled viewing, while keeping her body still. “Why? What’s in it?”

“How should I know? I’ve never opened it. I never want to open it. It appeared on my porch some weeks ago and no matter what I do, it keeps reappearing. I’ve tried burning it, blowing it up, and once I paid a man to drop it from a plane over the Pine Barrens.”

“Why not give it ter a mate then? Why come aw the bloody way away from your drum of fancy clothes ter bovver the bleedin’ likes of me wif your problem?”

The man, who is used to giving orders and receiving no questions regarding them, now forces a porcelain smile.

“If I understand you correctly, you want to know why I don’t give it to someone I’m close with? Well, I need it far away from me. It won’t do me any good to have it at my neighbors’ if the point of getting rid of it is to never see it again.”

“So ya bowl over them Michael tracks, ter the bleedin’ por of Bobby Brown most likely ter ‘ave destitute sods wif nuffin’ ter lose, in order ter give ‘em a ‘aunted charles, in the bloomin’ ‘opes that wot spooky stuff attached ter it goes over ter them, and leaves ya jack jones. That's about right?”

His well-plucked eyebrows meet with one another above the bridge of his nose, and his mouth purses as he attempts to fight off a sneer, or else a look of confusion at the onslaught of unintelligible phonemes flowing forth from the thin, cracked lips before him.

“Keep your pony ‘n’ trap away from me haul and get ye gone!”

She returns her attention to the trashcan. The man glances around, then sets the package in a nearby cart on top of an assortment of trash or treasures, depending on one’s perspective. It quivers, emitting a slight hum. Relieved of the box, he retreats the way he came, just as an off-duty cop, out of uniform, shows up and approaches the woman.

“Ma’am, you can’t be doing that, digging around the garbage like that. You mind telling me what’s in that box there? Ma’am?” Trash projectiles fill the space between the two. “Hey, I’m—no goddamnit, stop! Hey!”

Reaching into the can and then to the myriad detritus around her feet, she hurls cans and old balled burger wrappers at the cop like a dumpster demon. “Butcher’s wot the bloomin’ jackboots sent me way? Sum sorry sod ter step on me Gregory? I ain’t nah bug, ya starry eyed moron!”

The cop removes a firearm from a concealed holster, which he aims at the woman in a gesture with no subtext. “I ain’t playing, you loon! Now get on the ground!”

Hands curled into fists, she raises them in an Irish stance. “In’cha a big geeza? Why daan’t ya put that away and lift your fists? Or were your parents brovwer and skin and ya ain’t got a proper pair of cobblers?”

A hitherto unnoticed pedestrian tackles the cop from the side and knocks them both to the ground. The gun flies from the officer’s hand to arc through the air and land in the woman’s cart. She leaps over the struggling forms, grabs the cart with a gymnasts’ efficiency, and pushes it—and herself—away from the conflict. They wrestle, and the newcomer pins the cop on his stomach with his hands clenched behind his back.

“She’s got my—ooph!” The vigilante lifts the cop by his restrained hands and pushes to slam him back down.

The old woman absconds around the corner. She propels her cart before her like a battering ram, threatening any who stands in her way with violent collision. As she careens down the street, time becomes illusory. Police lights reflect off low clouds, growing brighter as they close in and engulf the streets in violent reds and blues. She takes turn after turn like a mouse who comes to a dead end in a maze, spots the trap there, and changes direction—only to run into a cat with its mouth watering.

She cuts sharply into an alley, which tilts the cart on two wheels long enough for the package to fall out and tumble across the abused asphalt, coming to a stop by a dumpster.

Pitter-patter steps of small creatures mingle with the zoom of passing cars and obscenities carried in the wind. The nearby dumpster leaks a foul soup that soaks the bottom of the parcel. Three hands of a clock embedded in a nearby building move in the only direction they can. The night recedes like tides and gives way to pink hues of dawn. The package silently trembles.

With the sun comes the trashman, who tosses the alley’s long-piled refuse into the back of a garbage truck. With the dumpster's juice as adhesive, the box follows the trend; it sticks in the very lip of the vehicle’s compactor, where it vibrates in tune with the truck's decades-old suspension until, after merging southbound on a highway, it slips loose.

It falls onto the windshield of a sedan ignoring the “Stay Back 3 Car Lengths” warning label on the rear of the garbage truck. The car veers sharply, over two lanes of the three-lane highway, impacting a concrete median that launches the package into opposing traffic and the back of a passing pickup truck. The pickup, moving the parcel back the way it came, keeps pace with the growing mass of twisted metal and broken glass on the highway’s other side.

Vehicles stack up and block intersections where the highway’s on-ramps intersect with meagre surface streets. The pickup joins a slow-moving, right-angled snake of cars navigating the clusters until, frustrated by the pace, the driver makes a hard right turn while struggling to fish out his cellphone, which he promptly drops on the floor. He reaches down to grab it and, distracted, runs a stop sign, barely missing an elderly woman who sprints by with a cart.

“Hit and miss me butte ya jackboot morons! Ya ain’t getting the bloody gun back! It’s mine na ‘cause ya couldn’t say please!” she shouts at a pursuing police car, which then smashes into the truck's passenger side.

The sudden shift in momentum sends the package flying out the back, where it whacks the pavement and slides under the carriage of a limousine parked outside a tenement, brown twine hooking on part of the exhaust system.

Out of the building steps a well-dressed man. He flattens his suit's invisible wrinkles with his hands as he descends the steps. In a window above him, a face obscured by reflected sunlight watches longingly. The limo driver, a bald bruiser of a man, steps out of the driver's seat and circles around the oversized vehicle to open the rear passenger door and close it again after the man gets inside.

The driver re-assumes his position at the wheel and speaks to the man in slow baritone syllables.

“How was your weekend, chief?”

“Fine. What the hell was that accident about?”

“Forgive me for my impertinence, but you smell like you were, uh, with someone.”

The driver's beefy hand reaches back through the open privacy window holding a diminutive glass bottle. A much smaller hand plucks it from him.

“Thank you. And remember, if my wife asks, you picked me up from the regional airport. She doesn’t know anyone there.”

The limousine pulls away from the curb, but it makes strange noises as it picks up speed.

“What the hell is that noise? Are we dragging something?”

“You'd better. I've got better things to do today than waiting on the side of the road for a tow truck.”

The driver stops in the middle of the road and gets out to check. A cacophony of other vehicles' horns gathers behind the limo like rain-swept garbage before a sewer grate. He ignores them and kneels down, where he spots and removes the offending item, then returns to the driver's seat with it.

“I don’t know how it got there, but it’s some kind of box with no labels or nothing. It’s shaking like it’s got an animal or something in there.”

The conversation from the back seat lags in cadence.

“W-what?” And the driver again reaches back through the open privacy window as he speeds up, holding the box before a face gone slack and pale. It’s pristinely plain and familiar, with no signs of wear or mistreatment. Just like always. The man’s hands, trembling in fists, do not reach up to retrieve it.

More stories from Garrett Warren and writers in Fiction and other communities.