The Legend of the Immortals

by Natali Hordiiuk 2 months ago in Series
Report Story 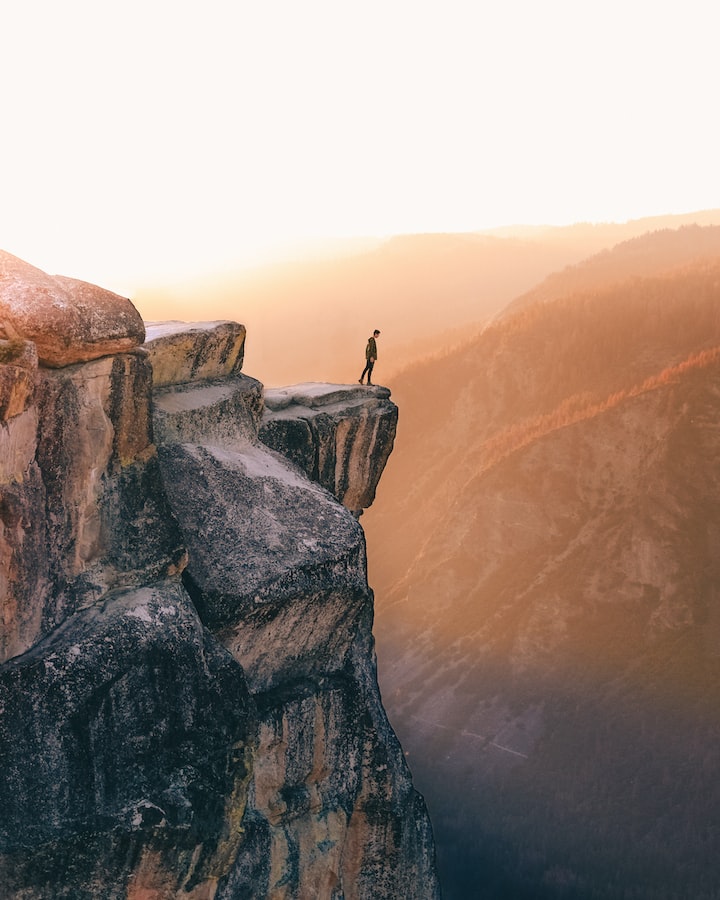 Photo by Leio McLaren on Unsplash

Hall Master Yue said loudly before the crowd, "Listen up, from the bamboo forest path forward, you can reach the Seventh Xuan Sect's bone refining cliff, the first section of the road is the bamboo forest section, then the rock wall area, and finally a cliff, those who can reach the top of the cliff can enter the Seventh Xuan Sect, if you can not reach before noon, although you can not become a formal disciple, if you have a commendable performance, you can be accepted as The name of the disciple."

Han Li naturally does not know the meaning of "disciple of record", only that we have to go forward to climb the mountain anyway, a look forward is not a steep slope, many long bamboos of varying thickness on the slope, it seems not much difficult to climb ah!

Han Li looked at the others, he did not want to lose to his peers, and other children, and the atmosphere also became suddenly tense.

Hall Master Yue looked at the sunrise sun and said: "It's almost time, get ready to go! Do not be afraid, brothers will protect you behind, will not let you out of danger."

Han Li looked back at those young people behind him, it turns out that these people are called brothers, probably the former disciples, if you also joined, can not wear the same godly clothes!

When he was thinking blindly, Han Li found that the rest of the children had rushed into the bamboo forest, seeing this scene, he hurriedly followed.

The bamboo forest should be very wide, more than 30 children, as soon as the rush into the bamboo forest immediately scattered, Han Li followed by a long, thin brother, this man cold face, not a word followed him, Han Li a little afraid to speak with him, just lift his feet, low body, slowly along the slope, step forward.

This bamboo forest does not look like much, but walking for a long time will feel hard, and legs walking heavier and heavier, gradually Han Li must use a hand to slightly pull the bamboo stems to move forward, so less effort.

This persisted for a long time, Han Li was tired enough, so he had to find a random pile of dirt to do a butt down, and then kept panting.

Han Li took the time to look back at the long thin brother, although the ground is very steep, the brother is still standing motionless, a trace of dust does not seem to stain the body, and the bamboo upright, is not far below their own quietly looking at themselves.

Han Li saw the brother's cold gaze, and some fear in his heart, busy to turning his head back, and listen to the burst of gasps from the front, knowing that there is a faster than their climbing people are also resting, Han Li and then slightly in place for a while, and then hurried to rush up.

The slope slope more powerful, Han Li's body strength is also less and less, in order not to walk and can not stand, Han Li can only bow down, hands and feet in parallel, and finally the clothes on the body is strong enough, otherwise the joints of the limbs at the knees will be worn out.

Finally almost out of this dense bamboo forest, but Han Yul only feels that the last bit of the road is more and more difficult to walk, the ground rocks gradually more and more, but the bamboo is less and less.

Han Li finally can no longer pull the bamboo pole forward, this last journey can be considered a meter by meter to move over.

Once out of the bamboo forest, only to see a broadening in front of the front is a huge incomparable mountain rock, on which there are already a few thin bodies, is slowly climbing upward, in their wake are also followed by a clothing dress the same senior brother, Han Li immediately no longer hesitate, hurried to the front of the boulder wall.

The stone wall of this boulder is a piece, layer by layer of stacked rock, weathering is very strong, some places will shatter when touched, of course, there are many firm pieces of broken stone, very sharp, only a meal, Han Li's hands have been scarred, elbows, knees clothes have been cut, the flesh inside was cut in many places, even if the wounds are very small, but some fine stone slag seeped into the inside so that the pain is added to the feeling of the same. Make the pain added to the feeling of a few points.

The first few have been climbing farther and farther, Han Li thought of his family and the words of his third uncle, and could only grit his teeth in the bottom of his heart, and climbed up with great difficulty.

Before leaving, Han Li's father and third uncle had already reminded Han Li that the entrance test would be very difficult and if he didn't persevere to the end, it would be impossible to join the Seventh Heavenly Clan.

Han Li lifted his head and struggled to look, now climbing in the forefront of the person is dancing rock, dancing rock after all than Han Li

Having grown more than a year, and having practiced some martial arts, the body is much stronger than other children, and it is not surprising to see them climbing at the front of the line.

Han Li scanned back a few eyes, there are still a lot of people moving behind, Han Li took a breath, and accelerated forward.

Milk of strength are made, still did not close the distance and the foremost few people, the body is getting heavier and heavier, see the sun gradually climbing to the middle of the sky, while dancing rock has climbed to the end of the boulder wall.

Han Li looked at the front of the dance rock, some discouragement, he knew he could not catch up with the foremost number of people, and time is not enough.

This thought together, suddenly the elbow and knee injury at the same time came a hot pain, limb weakness, grasping the rock of a hand trembling, fierce whole body down, Han Li scared heart fluttering straight jump, and hurriedly put the whole body tightly on top of the stone wall, do not dare to move again.

After a while, his heart calmed down, and then his hand to grab a protruding stone corner, pulled a few times, more secure, which was relieved.

Han Li subconsciously looked back and saw that the brother behind him was half crouching with his arms wide open and in a protective posture, seeing that he was safe again, before slowly standing up straight.

Han Li heart a burst of gratitude, if he really fell, the hard work ahead but for nothing! So a moment's rest, and slowly move forward, towards a thick hemp rope hanging on the cliff to climb.

Finally came to one of the unoccupied hemp rope, the sun has almost reached the middle of the sky, only less than half an hour will be completely to noon, at this time dance rock has climbed to the top of the cliff, is looking back down, Han Li climbed to the bottom of the hemp rope just in time to see dance rock, only to see him raise his arm, stretched out his little thumb to the person under the cliff than two lightly, and then haha a maniacal laugh, and left.

Han Li heart a burst of anger, and hurriedly catch to the hemp rope, climbing up.

But Han Li has been all over the body, there is not a trace of spare energy, now almost even the rope knot can not hold on.

When he climbed with great effort to the end of a rope knot, sitting on it, he felt the whole body is soft, even a finger can not move, struggling to turn his head to look at the back of the stone wall there are some children sitting there, is a big mouth gasping for air, it seems and his own last ounce of strength.

Han Li can only laugh bitterly in his heart, he underestimated this test, fortunately he did not fall at the end, turned his head and saw the cold brother. Han Li hesitated for a moment, but decided to make an effort to climb up some more, although before noon they absolutely can not climb, but this is not moving is not too ugly!

Han Yul stretched out a little stiff hands, made a little strength just recovered, slowly moved up the rope knot, but at this time Han Li's hands have been completely disobedient, simply can not grasp the rope, dawdling for a moment, still failed to have results.

More stories from Natali Hordiiuk and writers in Fiction and other communities.