How do you get there from here? 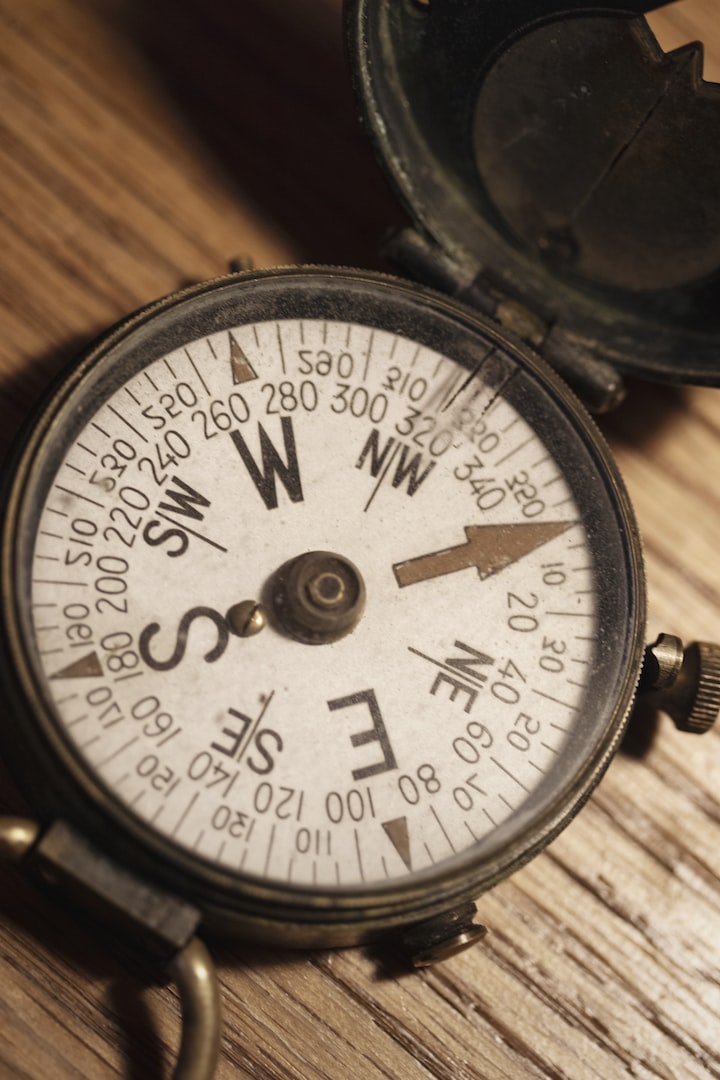 Metal clanging against metal reverberated through the air. After waking up with a start, Katie quickly closed her eyes against the blinding light. For a moment, she lay still, trying to get her bearings, but all she heard was a slight hum of movement. Where was she?

Slowly, Katie opened her left eye, wincing at the painful light, but noticing the features of the room. A red plush double-wide box chair sat directly in front of her, a mahogany storage cabinet occupied the opposite wall, and the walls were painted a soft butter yellow. There was a huge double window to the left of that, with cream-colored curtains pulled shut, allowing only a tiny amount of light to shine through. The soft mattress under her and the light blanket she was lying on was felt, rather than seen. A small coffee table lay at her feet, containing a pitcher of water and a thermos of what she hoped was coffee.

Next to it, a small white coffee mug had the words 'Welcome to the Next Chapter' on it.

Eventually, Katie sat up, swiveling her legs over the bed and wiggling her feet on the carpet. After sighing heavily, she got up to make a cup of coffee at the table. It swept away the accumulated cobwebs in her head as the dark aroma filled her nose. As she held the coffee close to her body she fully took in the small room that she was in. Katie cautiously approached the window, pushed aside the curtains, and almost dropped her mug.

The view that welcomed her was that of the countryside with tall snowcapped mountains in the background. It would have been beautiful, except that it was flying by at a breathtaking speed. Where was she?

A soft knock sounded at the door, and it slowly opened to reveal a tall man standing in the doorway.

"I see that you are awake! How do you feel?" The stranger asked in a soft voice. "You had been sleeping for a while and I took the opportunity to have coffee delivered." His eyes traveled up and down Katie's body as if assuring himself that she was in one piece.

"Where am I?" She asked as she pointed to the scenery flying by the window.

"Please, take a seat and I will explain everything." The stranger motioned to her bed while he took a seat across from it.

Katie slowly sat down and took a long look at the man sitting across from her. Tall, dark, and smokey grey eyes that looked like they could see into the soul. But, there was something more. Something darker. There was something about him that was older than time. Who was this person?

"My name is Cain, and I am the Conductor of this train." He said while peering at Katie with concern.

"Why am I here?" Katie asked

"What is the last thing that you remember?" Cain redirected the conversation

Katie spent a moment trying to recall something, anything. Her mind was blank. Panic set in. Surely she should remember something! She remembered her name. She knew how much she loved coffee. It was obvious that she was on a train, but she wasn't sure how she got there. Rather than finding answers, she had more questions.

He smiled kindly at her. "That's not uncommon. I know you had a difficult day." Cain said. "You were chosen to join me since you died last night."

"How did I die?" Katie whispered with tears in her eyes. "And why was I chosen to be on this train?" her voice grew louder with each word. In an attempt to remember anything about her past life, her mind whirled back and forth. In order to understand that she was dead, she had to have had a life, right? Why couldn't she remember? "What is this train and where are we going?"

"This is my train," Cain replied with a slight smile. "A gift from my father you could say. I stay here along with colleagues when they are not busy."

"What is it that you do?" Katie asked with trepidation.

"Collect souls? Are you kidding me?" Katie may not have remembered her life, but she damn well knew that the man sitting in front of her was crazy.

"No," Cain answered. "It may be challenging to believe at first. However, let me paint a picture for you. You have died. You have no idea if your life has been meaningful, productive, or even worthless. You are a soul without a body. No way to travel. No direction. No one to talk to. What do you think happens next?"

"I float up or I fall down," Katie answered sheepishly. It was a mystery to her. The world had hundreds of different religions, all claiming to be on the right path. There were several churches she visited in an attempt to find an answer, but all they did was raise more questions. There was only one common denominator: faith. So she decided to have faith in herself, faith in humanity, and faith in living the most fulfilling life she could. Ultimately, she did what millions of people did- she didn't think about it too much and hoped for the best.

"Excellently! That is what millions of people think. They walk up the stairs or down the stairs. Everyone trying to achieve the ultimate goal of everlasting peace." Cain looked at her deeply and asked "But who helps you get to that final resting place?"

A chuckle escaped Cain's lips as he leaned forward. "But which God? There are so many of them! What if I told you not one religion was right. That each of them had a piece of the puzzle and it wasn't until all the pieces were connected that the real picture was revealed."

"Okay, so each religion is a small part of a grander picture. What does that have to do with you or me?"

"Simple. With no right or wrong answer, you will help the souls get to where they need to be." Cain answered leaning back into his chair.

"And how will I know where they need to go?" Katie was still not a hundred percent sure how she ended up on this train, but she was warming up to the fact that she still had something to do. Living in a mansion with the only purpose of being happy and signing never sounded like fun to her.

"This train will take you there. It knows the thousand different paths to each individual's destiny and will safely deliver everyone to the right place." Cain said with satisfaction.

"Okay, so let's say I buy into this 'soul collector' gig- how did you and the others end up here? Katie asked as she began to make herself another cup of coffee.

Cain's eyes darkened a bit as he waited for her to sit down. "I once had a family. With a mother, father, and siblings. One day, I was challenged to prove my worth. I brought to the table everything that I had grown with my own two hands and sweat from my brow. It was not enough." Cain looked at Katie with a pang of deep sadness and continued. "It shook me to my core. I was humiliated, defeated, and angry. I took it out on my brother and he died by my own hand. I was cast from my family and was never welcomed back. I wondered the earth for years, my punishment to live forever with my burden."

Cain got up slowly and poured himself a cup of coffee. He took a long sip before walking to the window and watching the landscape fly by. Just as Katie was about to stand next to him, he turned around and looked at her. "As you can imagine, my life was a long one and I witnessed the world grow larger and larger. People from every color, nationality, and region began to flood areas untouched by humans. I watched as nations grew and then failed. I watched as knowledge expanded further than I ever thought possible and in that, I found a way to start forgiving myself. I didn't know what God was right or wrong, I just knew that there was value in all of them. Then one day, when I truly thought I could no longer continue on alone- I had some visitors."

"Who were they?" Katie asked, realizing that no matter how far-fetched the story seemed, there was truth behind the words.

"The Gods. All of them if you can believe that!" Cain chuckled and sat back down in his seat. "They needed help and they came to me. It was a deal- I would have a lifetime of life, but I could help others in their final moments. It seemed that they had a lot on their plates and needed a team of individuals to help escort the dead where they were supposed to go. As you can imagine, there are a lot of heavens with that many Gods and many different paths to get there. So I designed a system and in that system, I had to have one representative from each culture to assist me in my quest to get them to their final home."

"So, why me?" Katie didn't understand how out of all the people in the world, she was chosen.

"I don't know. I don't get to know the why's, I just got to offer you the job." Cain looked her in the eyes and asked "Katie, do you want to help deliver souls home?"

Katie looked down at her coffee and then out the window. This was a big decision. The biggest in her death? Eternity looked like a long time to be inactive, so what was there to lose?

"When do I start? She asked as the train whistle blew loudly from somewhere near the front of the train.

"It seems like you started immediately! That was the signal." Cain stood up and held out his hand to help her up. "Are you ready for your first day?"

One does not simply become a famous writer! It takes many hours before the sun comes up and even more when the sun sets. I am never sure what world I am living in, the one that I am writing about or reality.

More stories from Rose Loren Geer-Robbins and writers in Fiction and other communities.