Chapter 1: The Day We Learned the Truth 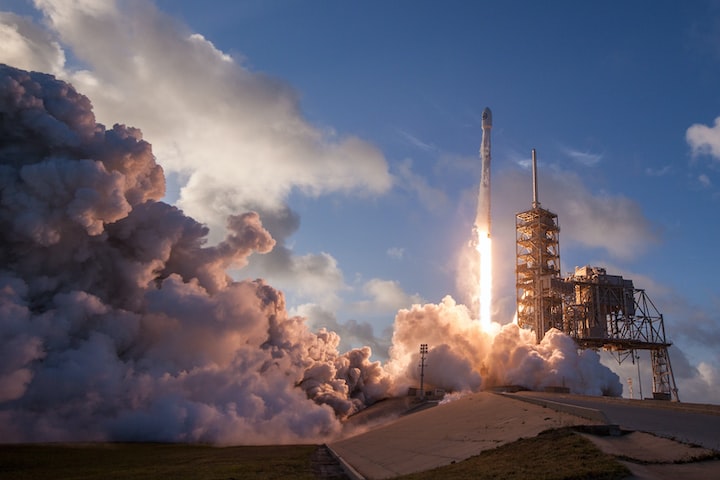 Nobody can hear you scream in the vacuum of space, or so they say. I know the truth, and my eager grandchildren sitting in front of me were about to know as well. They had heard hints, suggestions of the story, but now they wanted to hear it from me. The five of them sat at my feet. My rocker creaked as I fell into a natural rhythm trying to calm myself. They were still so young. Would they every truly understand what happened to their white-haired frail grandma? Issac at 12, was already bigger than me, his younger brother Robert at 10, wasn’t far behind. The three girls, Susie 13, Ally 11, and Cassy 9, their dark blonde hair and brown eyes made them duplicates of each other even with three different mothers.

I look to my grown children, Mackenzie, Liz and Allen, they stood back as expectant as their young children. They had all heard the story before, yet they still had a morbid fascination about it. As much as I tried, there was no getting out of it.

“I’m not sure where to start.” I offer lamely, it was a stall and they all knew it.

“Start with Grandpa…” Ally pipped up excitedly but faded off at the end shooting a glance at her mother. My daughter Liz, she couldn’t keep her mouth shut. It made me wonder how much of my story had been told.

“Grandpa,” The smile hit my face as I thought of him. How could I not smile, he was the love of my life. Those handsome green eyes and his hands. I always loved his hands. I lay my head back on the rocker and closed my eyes, letting the memories flood my brain.

“Are you okay Mom?” Allen asked. He was always worried about me lately.

“I’m fine.” Opening my eyes I came back to reality and the task before me. “If I start the story with Grandpa it has a different beginning.” I warned the children sitting in front of me. It wasn’t really true, but they would never know.

“Tell us the story, please!” They said in unison. I glared at their parents, the kids had been coached.

“Alright, alright. It’s a long story so you better settle in. I will start with your Grandpa. He was a very smart man, and even before I met him he had done a lot of great things. When I was younger not everyone was a rocket scientist.”

“But Grandma, everyone lives in space.” Cassy blurted out. Her mother hushed her.

“It’s true Cassy, we live in space now, but when I met your Grandpa, we lived on earth. There was the talk and dream of living in space, but no one did yet.” I continued my story. “Your Grandpa worked for a company we called Space X. Now it’s known as the Home Project. When I was young Space X didn’t exist, it wasn’t until after your parents were born that we moved to space. I’m getting ahead of myself.” I stopped, sipping my water. I had told this story so many times I knew better than to get distracted. Being the oldest living person in our community I was part of the history lesson.

“In 2023, your grandfather was offered the chance to take a ride into space. Before that only rich people and celebrities were able to go. I was seven months pregnant with Liz.” I pointed to her, her face flushed red, she was always a part of the story. It was only when I told it to family that I said her name.

“We struggled with the decision because that would mean he would be gone when it was time for Liz to be born. Other than being a rocket scientist it was one of his dreams to be an astronaut. We didn’t know if he would ever get a chance like that again. Space travel was not common and it was unknown, it was scary.”

“It’s not scary Grandma, we do it all the time.” Robert said.

“We traveled in cars on the road back then, not floating in space.” When I told my stories I wasn’t normally interrupted like this, but my Grandkids were special.

“Anyway,” I continued. “Your grandfather went on the space flight. He was joined by an old movie star, and a big CEO. The few other flights that had gone up before went fine, no issues, there was no reason to think it would be any different. I was an emotional wreck when he left. It didn’t matter that people had done this before, seeing that massive rocket in front of me, I cried. I was due any day with Liz, and I couldn't bear to see him go.” The tears formed, it was a scary time, every time I told the story I relived it.

“It seemed to go according to plan for the first few days, then the rocket ran out of fuel. Without fuel they wouldn’t be able to come back. The amount of fuel they had was enough for where they were headed, but not where they ended up. They were sent a thousand miles off course. Their faces were plastered everywhere, the news, social media, and even commercials.” I caught the kids giving each other glances. They didn’t know about commercials, it was all in programming. I continued on.

“Oxygen was running out, and countdown timers were everywhere. I watched as they told me how long my husband had to live. We did a video chat and he told me to be strong. He said it would be okay, they had another rocket on the way to help them. What he didn’t say was that they couldn’t seem to figure out how to refuel them, or how to find them in the vastness of space. The beacon that was supposed to give their location was off. He didn’t tell me the only way to reach the beacon was to go outside. I didn’t find out until the oxygen countdown was at two hours and no other rocket had been launched. That was when I went into labor.” A collective gasp went up from the kids. The feeling of despair claimed my stomach. The memories made me nauseous, facing the imminent death of my husband and the birth of my child.

“I couldn’t, wouldn’t miss a moment. I took my laptop and kept it on. The nurses tried to take it away but I raised such a fuss they didn’t dare. My contractions were hard and fast, it was down to the last hour. The told me to push and then I saw it. My husband was going outside. I stopped pushing, the nurses screamed at me, telling me I could lose my baby. I didn’t want to miss a moment, but I couldn’t lose both of them. They say I am the only woman they ever saw who pushed with her eyes open. I was watching him the entire time. They told me it was the last push, and that’s when it happened. His helmet broke, cracked into pieces and floated in space. I pushed and screamed, HENRY!” My voice failed, just as it did then. When my voice failed, Liz’s started. That was the part I kept to myself.

“What happened next Grandma?” Susie asked after what they must have considered a long silence.

“He looked at me. Across time and space, your Grandpa looked directly at me. They say you can’t hear a scream in the vacuum of space, but he heard me. I was sure I was watching my husband die. He opened his mouth, and all over the world the unthinkable happen, he was heard. Ruth, we all heard him say my name. The nurse nearly dropped the baby. We stared in shock at the screen. Then he did something no one thought was possible. He breathed.” I smiled and took a breath myself. It was the best moment of my life.

“The air where they ended up was breathable. Your Grandpa was alive.” The kids clapped their hands. They knew Grandpa Henry survived, they had all met him. I may be the oldest in our community but he was the second oldest. It always irked him that he was a couple months younger.

“What happened after that?” Issac asked.

“That, will wait until your Grandfather gets home. I think we can start some dinner.” I got up from my chair and started to the kitchen with a chorus of impatient and disappointed grandkids behind me.

“After dinner.” I said. There was so much more to tell, but I needed Henry by my side for that.