On finding purpose in a world that demands conformity and obedience. 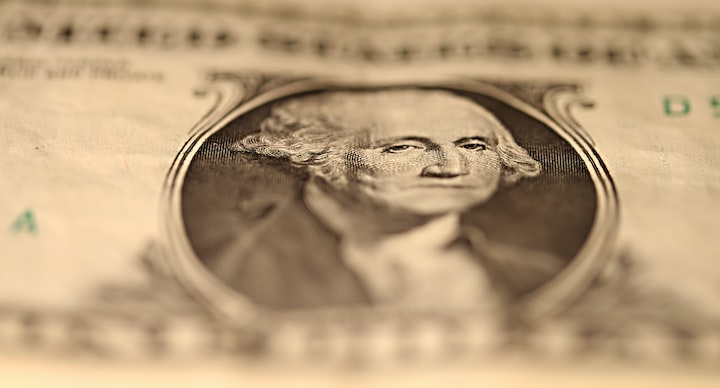 Photo by Oscar Schnell on Unsplash

Ralph was led into a dirty concrete room with a single folding chair in a corner, one small window allowing some sunbeams to illuminate the dust in the air, and a large wooden box attached to the wall with a long hand crank on its side.

Shoved forward into the room, he stumbled but caught himself and turned back to face the guard and the woman standing beside him reading paper on a clipboard.

“Okay, Mr. Jones. My name is Ms. Sinclair. I’m your HR administrator.” The woman raised her head up from the clipboard and then looked him up and down. “You seem to be in good shape, yeah? Ready to work?”

She stepped toward the wooden box and put her hand on it. “This is the machine that keeps us going. You are the one who will keep the machine going. Guard, please demonstrate.”

The guard stood beside the machine facing the hand crank, gripped it and began to turn it. After several rotations, he stopped and stepped back.

They all waited in silence until Ralph took his place at the machine and got to work. Then Ms. Sinclair nodded and left the room. The guard closed the door behind her and locked it with a key that made the bolt turn with a loud clang. Then he leaned back against the wall and watched Ralph turning the crank.

“How long do I have to do this?” Ralph asked as he cranked the handle. It wasn’t too difficult but he did feel a bit of resistance from it.

The guard didn’t say anything.

“What does this thing do?” Ralph tried. He cranked the handle around and around.

“Will I get a break at some point?” He kept cranking the handle.

The guard sighed loudly. “Listen, this will be a lot easier for both of us if you don’t use your breath for talking.”

Ralph cranked the handle. He felt its rhythm, he heard a faint grinding inside the machine, which, from his perspective, was just a large box on the floor and attached with a tube to the wall. Eventually, his arm started to tire and so he switched to the other arm. Then when that arm started to tire, he tried using both at the same time.

He was eventually allowed to rest, and again for ten minutes every two hours. By the end of his shift, his mind had been reduced to nothing but a stubborn will to keep going and not fail.

A loud whistle blew to mark the end of the shift. He was escorted out and he made brief eye contact with the gloomy man who was escorted in to do the next shift. He was brought to a cafeteria, where he ate a large amount of spaghetti and bread, and then to a cell where he would be sleeping on a narrow cot. A small window high on the wall let in some moonlight. He closed his eyes and was instantly asleep.

The next morning came too soon. He stretched and gingerly flexed his sore muscles, relieved himself in the toilet in the corner, and washed his hands and face before the guard unlocked his door and escorted him to the cafeteria for breakfast.

“What is the purpose of all this?” he responded.

“I’m afraid that’s above both of our pay grades.”

“It doesn’t seem to do anything and it’s exhausting. Couldn’t a machine do it?”

“Well, if we replace everyone with machines, whatever will we do with you?”

“There must be something else I can do. This is completely mindless. I don’t know how long I can do it.”

“I know. No one ever does this for very long. But that’s why you have the opportunity for it now, you see? The last guy failed and so you’re eating his meals and drinking his water. Enjoy it as long as you can.”

Some days went by that were just more of the same and then, one sunny evening after dinner, Ralph was escorted outside into a grassy yard. He sat at a picnic table near the fence, under the shade of a tree branch whose roots were well on the other side of the fence. With his eyes, he followed the line of the bark along the branch to the trunk and then noticed a cemetery sitting quietly beyond it.

After a few minutes, a woman and young girl walked up to him. He stood and felt tears warm his eyes as he pulled them both into a hug. “I miss you all so much. Where’s Richie?”

They separated and sat at the table. His wife, Eleanor, fidgeted with a loose piece of thread on her shirt sleeve. “He’s got soccer practice tonight. Sorry.”

“Oh. Okay.” Ralph looked at his daughter and grinned at her. “How was your day, Allie?”

As she regaled him with cheerful tales from school, he let his mind wander to a time when they were together every day at their own dinner table, when she was just starting to talk and already chattering away without breaks for her much quieter older brother to get a word in. His smile felt much more distant than the memory.

The days started to blur together. Sleep, eat, work, eat, sleep. Pain, exhaustion, fogginess. He complained, “this is inhuman.” No one ever answered. The grind just went on and on.

The next month, Richie and Eleanor met him at the picnic table.

Another month went by. He was losing a lot of weight and gaining a lot of pains in his joints. He asked if there was a doctor or nurse here that he could talk to, and was told that someone comes only once a year and so he had a while to wait and should just suck it up.

After a few months, on one visitation day, Ralph sat quietly and alone at the picnic table until visiting hours came to an end.

His lips tightened and then he sighed. “When will I be done this job?”

“You want to go home? Mend your marriage and spend quality time with the kids, yeah?” She glanced over at the cemetery beyond the fence and its lines of small, square grave markers. “People who are done working here don’t go home, Jones. They just don’t stay on this side of the fence.”

The next day, a couple of meaningless hours into the grind, he decided he couldn’t take it anymore. He looked at the guard and said, “You know, if we’re going to keep working together, we may as well be friendly about it. What’s your name?”

The guard just looked at him in silence. He was an older fellow, hair graying and lines forming around his eyes and mouth. Maybe he had a better retirement package than the grinders. But it probably wasn’t as good as Ms. Sinclair’s. Or upper management’s. How much of a difference must there be to keep him divided from his fellow worker and kowtowing to those above? Was there a way to bridge that divide?

He tried again. “Do you have family out there?”

“I have a wife and two kids. Richie is 12 and Allie is 10.” His arms burned. “I always wanted a lot of kids. I had four brothers and sisters, so it was always loud and busy at home. Of course, that’s not very practical or responsible, so it’s good people don’t have such large families anymore. But I got lucky with two and they’re really great. Smart, active, creative, always in the top of their classes.”

“You really should save your breath. If we come up short today, it’ll be on both of us. And I’m not going down for you,” the guard finally said and put his hand on the rifle slung over his shoulder.

Ralph cranked the handle for a while. Then suddenly, with a crack, the wood splintered and the handle came loose from the machine. He looked down at it in his hand.

The guard rushed over and, without thinking, Ralph took a step back, turned in a circle to build momentum for a swing, and met the back of the guard’s head with the handle. The guard crashed to the floor and didn’t move.

Stunned, he paused for a moment to realize what he’d done. Then he went to the device and picked pieces of broken wood out of the shaft until he could see inside. Gears and pulleys connected to a block that stamped an image onto sheets of paper which were then cut into smaller pieces and fed into the tube that connected to the wall.

He pulled the tube from the wall and peered into the hole it left behind.

On the other side was a room full of luxury. Gorgeous, dark, wood paneling and trim, shelves full of books, musical instruments, art, bottles of wine, a thick white rug in front of a crackling fireplace, a solid desk behind which sat a fat man in a dark suit puffing on a cigar while watching tubes all over the walls deposit newly-printed dollar bill after dollar bill into trays. As each one filled, a servant replaced it with an empty one and presented it to him. Ralph watched as the man emptied each tray into his pockets and then into a satchel when his pockets were full. When the satchel filled, he announced he would take his daily walk to the bank to deposit it.

Ralph grabbed the rifle from the guard and began shooting at the wall. He saw the fat man look up as wood and drywall disappeared into dust on the floor. He burst through the hole in the wall and fired one last bullet into the head of the fat man before setting the weapon down on the desk. He turned to the servant, a slender dark-skinned woman in a white dress, and held his hands, palms-up, to her.

“There are others, you know,” she said. “No one is really free until every one of them is gone.”

He thought for a minute and then nodded. “Okay, let’s do it.”

I'm a leftist activist and organizer trying to support myself and help other organizers get the support we need to make change in our communities. Every little bit helps!