by Elisa Toy about a year ago in Mystery
Report Story

A Night of Drinking Wine Leads Two College Students Down a Path of Trouble. 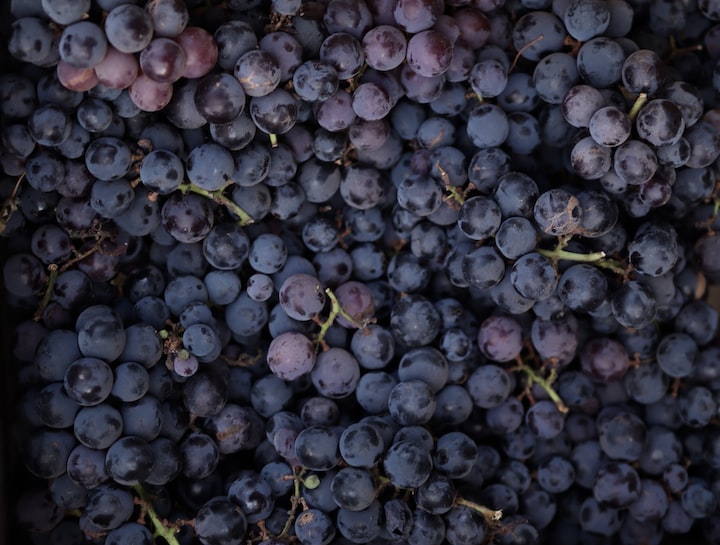 Photo by Rajesh Rajput on Unsplash

"Grapes? Grapes. There's something about the grapes!"

I immediately shot up from a deep sleep, forgetting for a split second the crazy events that happened the night prior that had led Kori and I to this old, beaten-down barn, on an abandoned farm in the middle of nowhere.

Kori is my best friend. She's been my best friend since preschool. We met after Kori pulled out a huge chunk of my hair, due to jealousy. She had wanted the marker I was coloring with, even though she had access to the exact same marker herself. I know, it's a weird way to make a friend, but we've been inseparable ever since. I think it's a good thing though. If Kori didn't have me in her life, who else would keep her in line?

I often tell Kori that she's like a cat. Her curiosity is always getting her into trouble and I'm often along for the ride. However, at this moment, Kori and I are in the most trouble we've ever been in. The saying, "Curiosity Killed The Cat" may come true for both of us if we don't solve this mystery.

I looked up from where I had been sleeping. My back was aching from the hard, uncomfortable wooden planks beneath me and my hair was knotted and covered in hay. Kori was pacing back and forth in front of me. I yawned. "Did you even get some sleep?"

"How could I sleep?" she questioned while still pacing, frantically.

I knew that was a rhetorical question. In fact, I'm not even sure why I had asked her in the first place. It was obvious, she was stressed. I was stressed too. I know it may not seem like I was stressed because I had actually gotten some sleep, but I was freaking out. Everyone deals with stress in their own ways, and in my case, I completely shut down. That sleep was desperately needed for me to help Kori get us out of this mess we were in.

We had attended a formal event at a local winery the night prior. We weren't invited to this event, and had snuck in, because what else are college students to do in a boring, sparsely populated town during Spring Break? Sneaking into a formal event and getting a buzz from multiple glasses of wine sounded like the right thing to do, until it wasn't. The fact that Kori and I were uninvited to this event, led us to be listed as top suspects in one of the craziest heist cases in history.

Who knew our images would be plastered on multiple televisions, and on multiple news stations, across the United States? I wanted to be a successful artist one day. I wanted to see my paintings hung up in houses all over the world. That's how I wanted to be known; not as a suspected fugitive.

“What about the grapes?” I finally asked Kori, still groggy from my uncomfortably deep sleep.

“We’re suspected of stealing four barrels of wine that were locked in a safe at Stetson’s Winery, correct?” Kori questioned.

“Yes, Kori”, I replied, rolling my eyes ever so slightly. “We’ve already been over this. They suspect that we, two college students who struggle to lift even one gallon of milk, somehow broke into a safe that we were unaware existed until the moment we were accused of the crime and took four unbelievably heavy and awkward wine barrels. We’ve been unfairly stereotyped because authorities think that two broke college students who like to party would more than likely steal the most expensive wine in the United States to either make money or---”

“That’s enough.” Kori stopped pacing and looked directly at me.

I should have just left my answer at “yes”. I knew Kori was trying to lead me to the point, but I was so inconceivably frustrated by the stereotype portrayed toward us that led us to this moment in time.

“Cella’s Winery!” I blurted out.

“Correct”, Kori stated. “Stetson’s Winery is known to use pinot noir grapes to produce their wine. Why then, did we see riesling grapes laying about in various locations at Stetson’s Winery?”

I could sense the clarity and immediately understood where Kori was going with the grapes. “Doesn’t Cella’s Winery use riesling grapes to produce their wine?” I confirmed with Kori.

“Exactly. Why would Stetson’s Winery, which is known for its pinot noir, have its rival’s riesling grapes on their property?”

“Logically, they wouldn’t”, I replied.

“And who’s to say they didn’t steal those barrels to ruin Stetson’s fortuity of a large sum of money to acquire that sum for themselves?” I chimed in.

I could see the excitement in Kori’s eyes. I was filled with excitement as well. We had cracked the case and absolved the blame that was unjustly focused on the two of us. At that moment, Kori came over to where I had been sleeping, sat down next to me, put her head on my shoulder, and sighed. “Maybe this is a sign that I should slow down from my life of making trouble. I feel like I’m continuously a bad influence on you. From this moment on, I promise I will think twice or maybe even three times before making a decision that could get us both in trouble.”

I chuckled. “We’ll see how long that lasts.”

So you see Agent Harold? We’ve cracked this case wide open for you. There were clues left at the scene that were obviously lightly brushed upon. The evidence clearly shows that Kori and I are innocent and somebody or "somebodies" in relation to Cella’s Winery are the true perpetrators.

“Let's see how well your good friend Kori’s story fits in with yours before we start making any assumptions.”

More stories from Elisa Toy and writers in Fiction and other communities.