The Girl in the Dream

An Untold Story from An Angel of Death 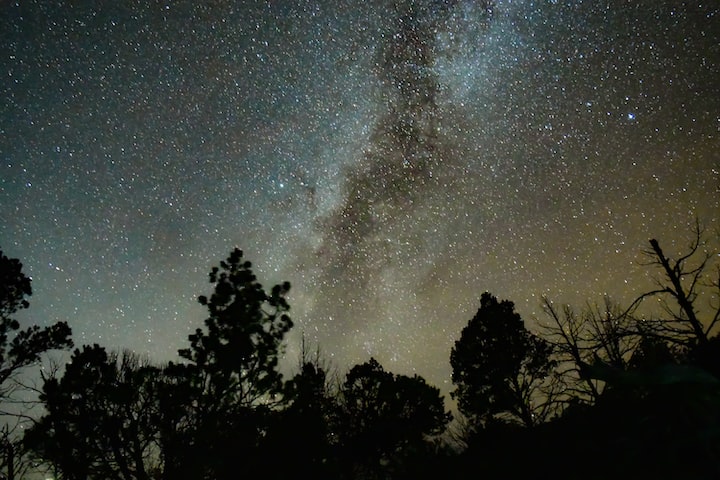 Photo by David Solce on Unsplash

I hated what I turned into when I fell asleep. I looked down at my hands, trembling still. Last night had to be one of my rougher nights. When Mother introduced me to my powers, she never mentioned the mental strain it would cause to further develop them. I was only able to use them unconsciously, in my dreams. It’s a dark world to work in, in the astral realm...one sees things. Every morning I woke up not sure if I could continue on with my work. “If you want to be a vessel of light, you’re going to have to be exposed to the perversions of the world.” My body shook, and I coughed, struggling to hold back the bile in the back of my throat. I swallowed the bile and reached for the glass of the water sitting on my nightstand, I could see small waves forming in the glass, as my hand still shook.

Mother sat down at the edge of the bed and placed her hand on my knee. “You’re going to get stronger and it won’t be as hard on you. Take your pills and do your meditation. It will help”

I reached my hand out and gripped the few rays of sunshine that passed through the curtain. My body felt at ease. It was daytime now. My consciousness was mine now, at least for the next few hours. I grabbed the pills that were set next to the glass of water and took them. The weight of my head began to ease. I walked out and down the long hallway that led outside and was greeted by the large lake. I found a spot on the bank of the lake and took a meditative position. As I began to position myself on the loosely-held gravel, I noticed that a bruise had formed on my inner thigh. The moment I shut my eyes, her face appeared. A tear slid down my face, and a small pool of water formed on my thigh.

I remembered the way she looked back at me with her almond-shaped brown eyes. She looked so hopeless and so young. I watched as a man caressed her developing body. I could sense the discomfort in her. He slowly moved his hand down to her upper thigh." Stop please”, she choked out. A tear dropped down her face. The man ignored her plea. He pushed back her thick curly hair and kissed her neck then started to unzip her pants. “Fight back!” I thought.

And it was as if she heard me, she extended her leg almost kneeing his crotch. The man, surprised by her reaction, opened his hand and slapped her. I saw her ball her hands into fists. She then got up and swung them at the man’s chest. He pushed her back down onto the bed. The girl began to swing harder. He took his forearm and placed it around her neck. I felt a surge of terror fill my body. I ran toward the girl and tried to push the man off of her. I felt helpless as my translucent body moved through his. I looked down at the girl whose eyes were gleaming with hopelessness as it was apparent there were only a few moments left to her too-short life.

She looked up at me ...she could see me. I bent down and cupped her head in my hands. I could feel the coolness of her tears as I wiped them off her face. “ Let peace be with you”, I whispered to her. I leaned forward placing my lips onto hers. Heat filled her face. She began gasping. A glow formed between her lips and mine. With her soul balanced between our lips, her body fell still. The man suddenly looked terrified and began walking backward. He could see me. As I opened my mouth, a deafening screech came out. Moments later particles of light had floated everywhere.

I hated what I was. Mother often called what I had a “gift”, but it was hard for me to see it like that. Every time I slept, I was sending someone to their death. The more I dreamed, the more young women I saw dying at the hands of men. Mother said that we are called to souls that are most connected with ours, and by some sick joke of the higher-ups, I was called to these women. All I could do was grant the women a few moments of peace before they passed, but they needed more.

I chose him because he was the face I remembered the most. One night when I slept, I wasn’t called anywhere. Instead, I was presented with a row of doors, I concentrated on his face, and a door opened. I walked through the door and entered a room. The man was there. His body lay in the bed motionless with the exception of his chest as it rose and fell. Every breath he took was a stolen one. I placed my hands on his chest and pushed down. His eyes opened abruptly. I wanted him to remember that night. The dark background of the room was replaced with the decor of her’s.

He sat up from the bed. He looked beside him and a body laid next to him..her body. He stood over the body, motionless. He almost seemed distraught by what he was seeing. Moments later the body began to move, it sat up and reached out to him. The man, startled by the body’s motion, started sliding backward on the bed. She then spoke the same words that she spoke that night. "Daddy..no"

I could feel a jerking sensation as the man fought to wake up from the dream. I wanted him to live in that moment as long as possible. The man took a pillow and attempted to smother the body. Evil bastard. I focused on her last words. I needed them to be cemented in his thoughts. In the blackness of the room, the words just echoed. I could still hear the man’s cries as I exited out the door of his dreamworld.

I awoke to Mother standing over me. “So is this what you wanted to become”, she asked in a stern tone. She got up from the chair that was next to me and handed me an engraved hand mirror. When I looked into the mirror I saw that my eyes were no longer their natural brown hue but a dark red.

“ The same thing you were. For now. If you continue to play in the darkness, it will consume you. “ She nodded down toward the hand mirror. I looked back and my eyes had returned to brown.

“It won’t be a temporary change for long. You have to decide if this is really what you want to be.”

She walked toward the doorway.

“You know... news has spread about a man who never awoke from his sleep...they said he was found with a mark of a demon.”

More stories from Christina Jacobs and writers in Fiction and other communities.