The future is female

Its a woman's world after all. 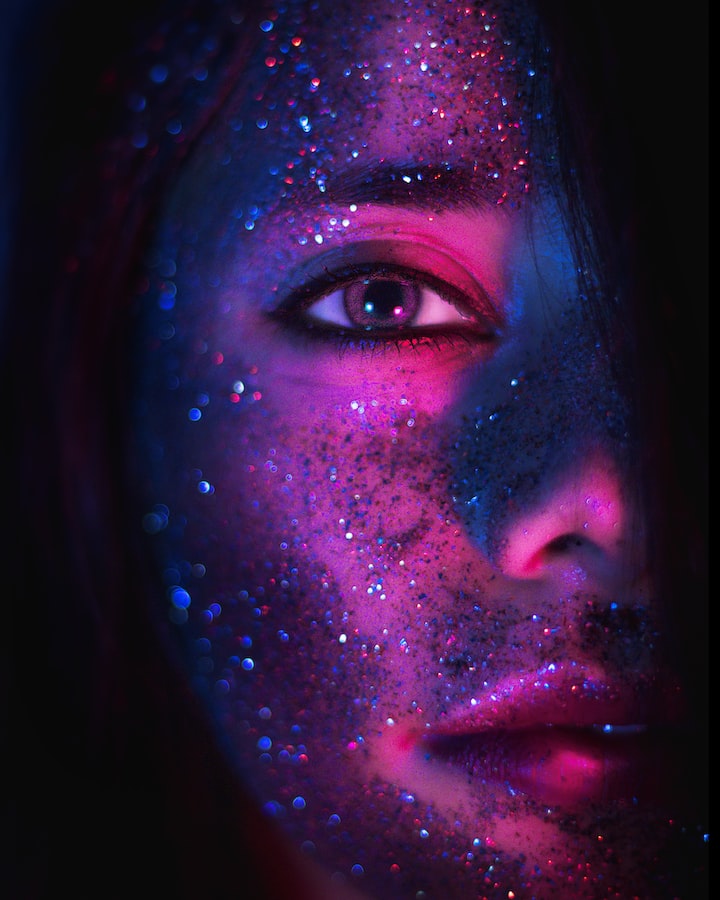 Photo by Mukul Kumar on Unsplash

Nobody can hear a scream in the vacuum of space, or so they say. Two years, nine months and three weeks to the date, our team set out to explore our universe for possible planets to start a new utopia for the human race. We had high hopes but ended up with no success. So, we headed back but our ship fell into some complications. Surviving the comet shower was one thing, another was the asteroid field which left severe damage to all our thrusters. We were supposed to be back a year and 3 months ago but due to this 2048 technology that our scientists back on earth said was ‘top of the line,” the closest we got was past the larger moons of Jupiter. Being the crew's log keeper, it's my job to make sure that everything that happens on and off this ship gets documented. I think most of the men on this mission have not taken their jobs seriously.

For the last year and three months since we've been stranded, the men have been quite inappropriate, of course, what do you expect? After the horrible occurrences in the year 2022, things only exceeded to turn horribly rotten for the planet earth as men corrupted it. The pandemic we all thought was almost over evolved into a new and deadly strain. More than half of the earth's population died, and each ambassador from every country devised a worldwide plan to force women to procreate. After the procreation war, the women who were still alive were punished, tortured and finally forced into being brainwashed, chipped slaves. This procedure of which our world's top scientists inserted through the craniums of grown women, enslaving them to be good little home makers, baby producers and nothing else. The girls that were too young, like myself, had to stay silent and stupid or else they would be chipped as well.

Since my mother was one of the many who died due to the first malfunctions of one of those same brain chips, my father and older brother raised me. Even though I was only two years old at the time, I still remember my mothers last words before the incident, “you've doomed us all! Women are not your playthings! We are human beings too, and you cannot treat us like your property!” Every night since then my father and brother have taken care of me. My dad never remarried, he really didn't want to be with a robo-Ruth, if you catch my drift. Eventually the day came when I started school where my teachers noticed I was showing signs of a high IQ. However, when I hit puberty, towards law I was supposed to be seen by a specialist.

What these doctors noticed was that I had a severe low egg count, including that I wasn't attractive enough, and still today I have no chance of having kids of my own. In some ways this is a blessing but towards my country I am a nuisance and a high risk of being a ‘ARW’, aka, 'A Rebellious Woman.' If a woman has no chance of procreating, or is unattractive but shows an escalation to high levels of intelligence other than the superior male, she will be surveyed and watched for the rest of her life. If the woman does show signs of rebellious nature, she will be taught the error of her ways, whether by chip or deadly force.” These were the words by our country's 48th president. I dare not speak his name. Ever since I graduated with honors I've been watched by the secret brothers, and by the time I was twenty-two I finally found a job that didn't require me to wear dresses and fancy makeup.

Being a librarian does have its advantages but there are some rules I must follow. Back on earth I believe one of the reasons I was hired to be log captain of this ship is because I was the top librarian of my country for four years running. Plus, I was trying to write and publish my own book, which is illegal. To make matters worse the book was about female heroes of earth's history. I guess the men didn't want word to get out to the public about women being leaders and heroes in the past. Since then, it's a good thing I downloaded all those banned books to my orb flash drive before the secret brothers destroyed them. I was grateful that I also downloaded the other information about the male authority in history before that was incinerated too. I would definitely be chipped if those got out into the public. I know my documentary video won't be acceptable but hopefully since it's under my brothers name, it will win some sort of recognition or small prize.

There may be only three of us women on this craft but I guess it wouldn't matter what the men did to us once we got back. Like I've explained before, the rules are different now. It's amazing that they let any of us on this expedition. As of today we've all been told by our team's secondary rocket engineer, Ms. Joan, that she got the thrusters going and we're almost ready to go home. I know after almost being stuck in space for a little more than two years and all of us having to portion our rations with one another, including putting up with these disgusting males, I am definitely looking forward to getting back to my library and writing more books. I know that women writers aren't allowed anymore, but with that being said I'm still hoping for some kind of success when I get home.

When we were in earth's moon orbit, Gracie, Joan and myself noticed something odd. We all pointed out to our captain that all the metal debris and satellites were gone except for one. Captain Angelo who was exceptionally ignorant and if I might add, over-sexed. Him, his lieutenant and our ships doctor were the worst out of all the nine men here on the Zeno3. Angelo sent a message to HQ that we were about to land but no one answered except for a frizzed out tune. As we landed, Angelo shoved his way through the corridor with his sparkling smile and horrible smelling after shave that perforated everyone's nostrils. Most of the men on the ship dressed in their best to greet their families and friends. Us three couldn't care less. We just wanted to go home and take a nice hot shower without the company of these men.

As we grabbed our things and headed out the doors, we noticed something was different. There were sounds of birds chirping which was strange for the city we lived in. We also noticed that there were lush trees and bushes planted all around the landing area including a large pond with a fountain. None of us had seen real trees or clear running water in so long. We were used to the chemical fog and air toxins that covered the terrains of earth. Animals and green organisms of any kind couldn't grow or live long in the world we lived in. We all survived on factory-made high protein nutrient vitamins and water that looked yellow but tasted foul. Angelo immediately took off his breathing device and said with great pride, “they must have found a natural resource to make the earth clean again. Thank God we have such intelligent men on our planet!”

Right then, a high-pitched whistle went off and Angelo was zapped by a blue dart tranquilizer and passed out face first into the grass. One-by-one all the men started to collapse due to these blue darts. Joan, Gracie and I huddled together and waited for our turn, but nothing happened. Immediately twelve women appeared out of thin air. They were taller than the average female and dressed in military blue with rose gold plated uniforms. A voice rang out and shouted, “Goddess presenting!” The dozen females stepped aside promptly to let their leader pass through. From what I could see she was slightly shorter and wore a dark cobalt blue dress with rose gold bangle bracelets. Her hair was pitch black with long braids woven into white bone beads that were pulled back in a tight bun. Her skin was a beautiful shade of light caramel and had the aroma of the last piece of chocolate birthday candy I ever had.

In a stern but optimistic voice she said to the three of us, “Welcome, ladies. We are happy to see you back here safely on Earth.” I replied with a concerned look, “we aren't heroes, we're just regular women who aren't anything in the eyes of our superior males of the country.” The woman started to chuckle and so did some of the soldiers. Trying her best to calm herself, the woman said, “My name is Olympia, I am the head Goddess of this part of our planet. Men no longer run this world, and you don't have to worry about those male superiors, they are long since retired. You are safe now.

After thirty-two years, all the women of planet Earth congratulate and welcome you back, Miss. Artemisia Brooksfield, and her two brave associates, Mrs. Gracie McBlake and Ms. Joan Rudds. The Goddesses of earth can't thank you enough for your liberating video, informative documents, and you also brought the nine men from your mission back in one piece.” Olympia shook my hand and gave us all medal brooches of honor, and immediately levitating orb cameras were flashing taking our pictures. As we all were escorted to a large floating limo, I turned around to find Gracie who looked absolutely sick to her stomach, almost falling down and holding on to one of the women soldiers. I could tell she knew her children were all grown up by now, and probably had kids of their own. Joan was taking it much easier as she opened a bottle of champagne, but her eyes told a different story. The real question I had to ask myself was what other documents did I write that changed our earth for the better?

I know I made a secondary flash drive and left it to be turned in but that was for the world librarian assembly where the winners' video was going to be shown worldwide. How could one recorded document change things so drastically? Unless…

More stories from Julianne Algueseva and writers in Fiction and other communities.