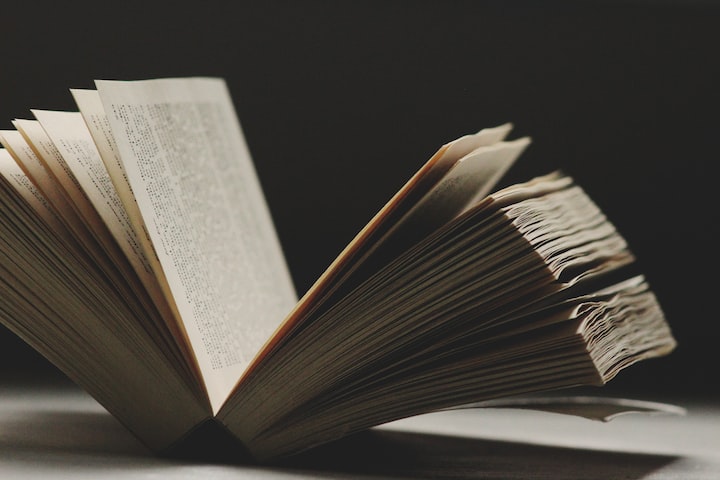 Photo by Brandi Redd on Unsplash

“There weren’t always dragons in the valley,” my mom said looking at me with sad eyes as she closed the book, kissed me on the cheek and said “good night.” I want her to continue on but it’s hard for her. When we got to that part of the story she always does the same thing.

My mom has long dark hair, and sometimes it hangs over her shoulders and it glistens in the dimly lit room. Her eyes greener than any sea, but sometimes she hides behind her hair to cover them. Like tonight, she started slow her pace when reading, she looked at me but her eyes are distant almost like she can see through me.

“Mom, please can you read me a little bit more tonight..please” I grab her sweater sleeve and tug on it to get her attention.

She shakes her head and stares at me with wide eyes and said, “oh hunny It’s just so hard for me.”

“I don’t understand, you seem like you can read just fine why stop at the same spot”, looking up at her with wide eyes.

She took a deep breath, closed her eyes and I saw a tear run down her cheek. “My baby girl, if I read on it makes me sad because it’s real. I wrote this story many years ago to help me deal with the pain of losing something so close to my heart.”

I sat up in bed, my heart racing, my mind was in a whirl wind I invisioned a girl riding a dragon with glowing green eyes and long dark glistening hair, my moms eyes now glowing in the dark. How could this be? Dragons aren’t real? I looked at her confused and said, “mommy I promise not to tell anyone, please read me more about Anna and Niobe the dragon.”

She took another deep breath, asked me to lie down and tucked me in with the blankets all around me. She looked at the book, then at me and closed the book.

The wind blew the curtains, the chill was in the room when she started talking.

Anna was ten years old when it all started. Her mother would tuck her in to read her a bed time story. The wind would pick up and her curtains would flutter the pages of the book would dance. The glow of the light would cascade to the fluttering pages that would mimic the motion of water and before they knew it the girl and her mother would be swallowed up in the book.

The place was so different than their world. The trees were taller, much taller, the wind would tickle their skin, the animals were not afraid of humans. The mother and daughter would float in the water and look around and see the new world. Anna looked down into the deep green sea and could see perfectly all of the animals down below. She could see turtles the size of boulders, fish the size of her dad. Anna would dive down as far as she could to look at them closer. One day the big fish let her hold onto its fin and took her for a ride. Much like a dolphin would but much faster, the other fish would swim around them as they played. She let go of the fish and sat on a turtle to let her rest. Then brought her to shore where her mom was. They looked around the big island learning new things each time they visited this mystery place. On Anna’s eleventh birthday a white irredentist dragon flew down to the island. Anna was not afraid. She was excited, her heart beat was going a million miles an hour, her hand trembled as she reached up to the nuzzle of the giant beast. Her mother watched in awe. The dragon nuzzled it’s head into her shoulder and she giggled. The dragon crouched down so Anna could sit on her back. They swooped and carved and played for hours until the book swelled them up again to bring them home. Night after night it would happen again and again. One day Niobe brought er friend, another dragon Dusty along for Anna’s mother to ride. They would venture past the island to a field. The two dragons, Anna and her mother would watch the other dragons play. There were many dragons in that field that day. It was amazing, all different colours, big small, and babies to. A stream was in the middle of the field where they would splash and play.it was the most amazing sight to see. Afterwards they would all fly back to the island.

Many months later when they arrived at the new world it was dark, and cold, and started raining very hard. The two dragons were exhausted when they arrived at the island and had to rest before their daily adventure. It started to storm very heavy, the lightning would strike. In the distance they saw something riding on a lightning bolt . It was very frightening because it was getting closer and the storm followed it. Anna and her mother took shelter under the wings of Niobe and Dusty.

One more jolt of lightning and they finally saw what was riding on the lightning bolt. It was a wicked witch. She had long grey and black hair that looked like snakes, her long dress was black as night. She held a staff in her other hand that wasn’t holding on to the lightning bolt. When she jumped off, she pounded the staff to the ground and the storm stopped. Above the clouds were black and swirling obove them, waiting for a command of the witch.

She walked over to Niobe and yelled at her. “How dare you disobe me and fly here to these peasants.” She looked at Anna and said, “who are you, and where did you come from.” The witch stared at both Anna and her mother. She banged her staff two times and it turned into a snake. It withered over to us, swirled around Anna’s feet smelling her, ratteling it’s massive rattle, above the clouds moved even faster almost like they were angry. The snake withered back to the witch, looked at her like they were talking. Everything went still including the clouds. It looked like time stood still while they were talking.

The whitch looked at Niobe and said that she killed all of the dragons in the field looking for her. Niobe bowed her head and giant tears smashed the ground. The witch hovered in the air, the snake in her hand. She used the snake like a whip, lashing towards Niobe.

The mother stepped in front of Niobe and her daughter, picked up a stick and faced the witch. She screamed “Stop!” The witch got closer and laughed, the clouds above whirled and lightning began to come out of the clouds. Niobies mother stood ground holding the stick which magically turned into a silver sword. It was heavy but she held it up towards the witch and a lightning bold shot out of it and knocked the witch to her feet. The witch started walking towards the mother. Her whip snake turned into a sword as well. Her’s was made of gold.

Black birds flew into the trees around them like they were in a stadium and squawked. The clouds grew larger and swirled faster, the leaves, and debre of the land started floating upward then around them. The tornadoes like winds surrounded the witch and the mother. The birds squawked louder. Niobe, Dusty and Anna moved backwards as the tornado was growing. The witch and the mother could barely be seen, but they were dueling, striking at each other.

The wind stopped the clouds faded, the blackbirds flew away, the debre cleared and in the middle of the very large marked circle was the mother and the witch lying on the ground. Anna screamed and ran to her mother, but she was dead. She sobbed, and looked at the witch and she was dead to. The animals in the bush came out by the hundreds and circled them around the circle drawn in the ground from the winds. They were celebrating the death of the witch.

The book swallowed up Anna and left her mother behind. The book was put into a safe locked up never to be touched again.

I looked at my mom, she was crying burring her head in her hands. I understood now why I never met my grandma and the story of her death. She was defending her daughter. She looked at me trying to smile with her glowing green eyes and gave me a hug.

More stories from Leslie Strom and writers in Fiction and other communities.