The past may be gone, but it's never dead. 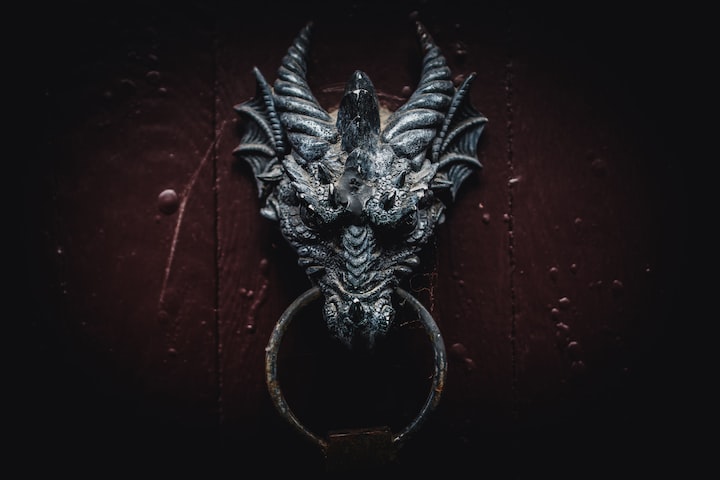 There weren’t always dragons in the Valley. The village elders told us dragons only appeared after the Event. Seated around the evening fire, we all listened respectfully to their stories about the time before, but a few of us knew their tales weren’t based on fact. Even as a youngling, listening intently as the elders read excerpts from the ancient tomes describing great battles between Spell Slingers and Death Walkers, I knew there was more to the story.

I was blessed with very patient parents. After every reading from the ancient books, I would return home filled with questions.

“Where did the dragons come from? Were any of our ancestors Spell Slingers? Have all the Death Walkers disappeared? Do dragons really eat us? What caused the Event and is it over now?”

My father and mother would take turns answering what questions they could. Finally, with a mixture of exhaustion and amusement, they would throw up their hands and tell me I’d understand when I grew up.

Children of the Valley attended schools designed to teach skills that would benefit the community. In most cases, if you came from the home of a carpenter or blacksmith, you would continue in your family’s trade. If a child showed a higher aptitude for say baking, rather than stone cutting, they could change careers. Mom and Dad were shopkeepers, and that’s what I expected to become.

My special ability manifested itself one day while I was restocking shelves in our very crowded store. A patron accidentally bumped into one of the display tables, sending jars of jams and jellies tumbling toward the floor. Automatically, I reached out my hand and urgently called out, “Stop!” The jars hovered in mid-air, suspended in time. As the patrons stared in disbelief, I quickly overcame my initial stunned reaction and retrieved all the jars, replacing them on the table.

Almost instantaneously, word of the incident spread throughout the village. The elders visited my parents, and before I knew what was happening, I was enrolled in a special school for the gifted. The facility was built at the far end of the valley. Everyone knew of its existence, but only the instructors and managers were privy to its actual purpose.

It was an eerie place where everyone dressed alike. Our given names were no longer used. All students were called by their abilities. Shortly after arriving, I became best friends with a boy called Fire and Ice and a girl named Wind and Rain. My new name was Time Bender. We practiced controlling, strengthening, and applying our gifts in various situations.

My school was not much different from others. We had the cool kids, the geeks, the tough dudes, and those who just wanted to learn as much as they could and move on. I belonged to the last group. The professors helped us hone our skills, but were barely available to answer questions about the school’s history, what caused the Event and, of course, dragons. When pressed, they all referred to the ancient books while looking sheepishly toward a section of the school we were forbidden to enter. Often, they would deflect all questions with their stock phrase, “You’ll understand when you’re an adult.” My friends and I decided we didn’t want to wait. It was time for us to learn the truth.

Graduation was only one week away. Wind and Rain created our diversion by conjuring a storm that blackened the sky. Her gale force winds threatened to blow the walls off the foundation. The students huddled in their dorm rooms fearing the world was ending. While mayhem ruled the outside, the three of us stealthily moved into the forbidden wing.

Fire and Ice illuminated the corridors using a small ball of flame that hovered just above his outstretched hand. I covered our advance by bending time in the halls we had just passed through. All was going as planned until we reached the last passageway. A massive iron and wooden door secured in place with an enormous padlock blocked our path. Undeterred, we devised a plan to defeat this obstacle.

Fire and Ice released the ball of flame high into the air, where Wind and Rain held it in place with a steady breeze. Using both hands, he grabbed the lock. Ice crystals formed on its surface. The extremely cold metal lock became brittle. I had the foresight to bring a throwing axe with me in case of an emergency. I removed it from my belt and, with one hard strike, shattered the lock into a hundred pieces.

The door’s hinges were rusted in place. It took all three of us to force an opening large enough to squeeze through one at a time. The small ball of fire followed us into a massive chamber. The walls were lined from floor to ceiling with shelves. Resting on each shelf were multiple papyrus scrolls so old that any disturbance might cause them to disintegrate.

At the rear of the cavernous vault, too far away for the light to penetrate, something enormous stirred. The movement was slow at first, like an animal awakening from hibernation. We stood frozen, afraid any movement would draw attention to us. The shadowy mass stretched and turned in our direction, flicking open two glowing reptilian eyes. As it fully emerged into the light, we were awestruck. A magnificent ancient dragon stood before us.

The dragon stared at us for a moment before speaking, not out loud but in our minds.

"Welcome spell slingers! We have much to do and very little time before the next great event."