by Fashion O Day 3 months ago in Fantasy
Report Story

Is this a dream? Somebody wake me up. 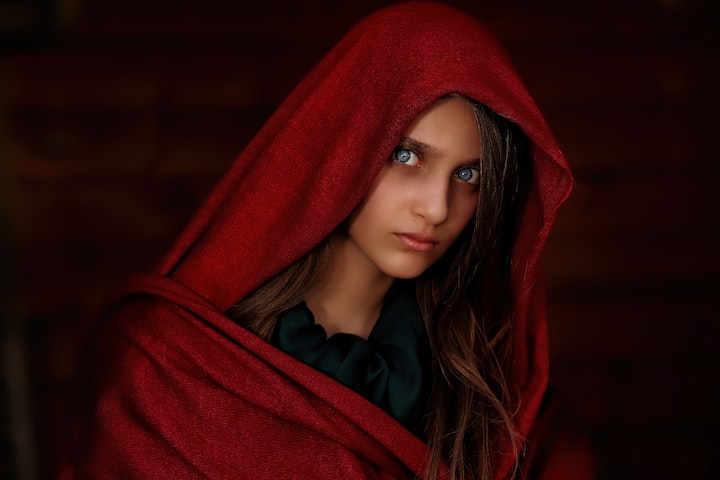 Photo by ziko cinematography on Unsplash

Her hands trembling uncontrollably as she raised one towards the face. The apparition moved backward and away from her as her fingers grazed it. “No…”

As Ann continued to stare at the apparition in front of her she could see the shape begin to change, slowly at first until it became clear enough. Her breath caught in her throat as she realized what she was seeing. Her hands flew up to cover her mouth as the apparition grew bigger and larger in front of her. Ann started stumbling backward as the apparition took a step closer to her, its form taking on solidity. She could no longer make out features as her eyes darted from side to side, trying to find an exit, but all around her was darkness.

An outline of a man, smiling, his pale lips curving upwards as if the grin stretched across his entire face. Suddenly, he moved closer and she realized that this was no mere shadow; this man had really come to life and had walked straight into the open elevator with her and she couldn't do shit about it. He was coming nearer, closing the distance between them at alarming speed and reaching out for her face with his hand, as if he wanted to touch her…

Ann screamed. Then she collapsed on the ground. Everything hurt. Her arm throbbed painfully, her body ached and she could barely breathe. Her vision started getting blurred as tears poured down her face.

“Why did this have to happen?” she whispered as she fell to her knees, her eyes fixed on the image that she'd seen.

A soft sob escaped her lips.

Her thoughts drifted back to that night and how close she had come to dying. She remembered the terror that flooded through her every nerve as those cold blue eyes stared down into hers; the fear; the desperation; the utter hopelessness.

The figure knelt next to her on the concrete floor, gently stroking her hair.

The apparition leaned down and pressed his warm lips to hers in a gentle kiss as his fingers slid into her tangled, red curls and held her head against his chest.

This was not what she wanted, but it seemed she would never get it any other way. She sighed deeply as the apparition kissed her again; more firmly, lovingly, as she imagined him doing. When he finally stopped, the apparition lifted her gently into his arms.

“Will… will this ever end?”

Then, just when she thought she might not be able to bear it any longer, something changed.

“You promised me,” she murmured.

Then her world dissolved and faded to black.

Ann woke up slowly to a piercing headache. She groaned softly as she attempted to pull herself out of consciousness, realizing that this might be her deathbed, or the next stage on the way to it. Ann rolled onto her back and slowly opened her eyes. She could tell right away that it was dark; that must mean she was either asleep or dreaming. Either option made sense. She sat up in her bed and tried to remember exactly where she was; trying to recall the last thing she could clearly remember. It didn't come.

Slowly, it all came back to her and she sat bolt upright, holding onto the bedside table, her breathing heavy as the memories came flooding back.

How long had she been sleeping here? How long had they kept her in that awful place? She glanced over at the alarm clock sitting beside her bed.

Either way, she figured she may as well give herself a good ol' whupping.

That's when she heard a low chuckle.

“So you are awake. Good girl.”

A young woman lay on top of the comforter next to her; dressed in a short dress and a black cape. A few strands of light brown hair poked out from under the fabric; the rest covered most of her face and shoulders, leaving only a tiny bit visible, including her wide, dark grey eyes. They seemed oddly familiar, somehow, although Ann couldn't quite put her finger on why. Ann felt her body turn rigid at the sight of the woman, her gaze flicking up to meet hers only briefly before she pulled her eyes away again.

“I told you, my darling….” the woman spoke, her voice sounding like honey flowing over silk. “We shall meet again, some day,” she continued and smiled wickedly.

Ann swallowed hard as she tried to focus her gaze upon the woman's face without getting distracted once more. “Who are you? Where are we? Why am I here?” Ann asked, the words spilling out from her mouth as quickly as a bullet fired in anger. “What happened? Who did this to me? How is it possible that this is even possible? Who—?”

Ann continued, "I… I don't know who you are, nor do I want to know who you really are. Leave me alone, please. I'm tired and I'm ready to go home,” she pleaded.

There was silence, except for the soft ticking noise of the clock in the corner of the room. Ann waited impatiently, hoping the woman would respond in some sort of way, but she remained completely quiet. Ann sighed heavily and leaned her head back in frustration. “Please… just leave me alone. I need to go home. Just leave me alone.”

“Ahhhhh, but I haven't told you your name yet have I, my sweet Ann? Your name means everything to me, you see… you're mine.”

The woman chuckled again. It sounded almost like a laugh, but Ann couldn't be sure. After what seemed to her like hours, but in reality could not possibly have been more than thirty minutes, but it felt like much longer, the woman finally spoke again.

“But I love you… my darling Ann. My sweet precious Ann …my dearest Ann …please forgive me, for I was wrong …

Ann clenched her fists in frustration, feeling hot tears sting her eyes. “Stop calling me that,” she gritted her teeth and glared angrily at the mysterious apparition.

“I suppose the time has come then. Goodbye my sweet child. May you find peace,” Ann looked up confused, confused by what had just transpired. The woman rose from where she sat on Ann's bed and stood over her. Then Ann began to hear a sound as if the air itself were moving. And suddenly the strange woman in front of her began to shift, growing taller and longer. Before Ann knew what was happening, before she knew what was happening, there was another flash of white pain and she found herself falling backwards out of bed, landing hard on the carpet.

She gasped for air as the pain subsided momentarily before rearing its ugly head again.

“Don't worry dear… I'LL BE HERE FOR YOU AGAIN!” Ann could barely hear the woman's last words before she saw the same white figure from the previous evening appear behind the woman; this time however, its form had changed. This time there was no mistaking what it was; it was a demon, and this time it was not standing still, but instead it was walking toward her. She raised her head to look at it but immediately lost all strength as the apparition's form shifted yet again until it formed into a human form, kneeling in front of her.

“Your name is Ann… My beautiful one,”

“Who—” Ann choked, trying to speak through the tightness in her throat. “Who are you? What is this?”

A sad smile crept across the demon's face as he reached out towards her again.

“It doesn't matter... I'll always be here for you…” Ann stared speechless at the beautiful man kneeling before her, a broad smile etched on his handsome face.

“You'll always be welcome wherever I am …”

Her eyes widened in fright as she gazed upon the stranger kneeling in front of her.

His silver hair flowed in the gentle wind, his dark eyes sparkled brightly. His lips curved into an elegant smile and his pale skin was glowing, making it difficult for her to see him. He took her hand and kissed it tenderly, his warm, smooth lips sliding against her skin.

“No!” as she struggles to stand up.

She took one step backward as her heart sank. Was she dreaming? No … she wasn't. He was real, he had returned to her once more. She shook her head in disbelief, the pain in her head growing worse by the second as the man reached out to her again. She stumbled away further.

“Please… let me go. Please …” Ann whispered as the apparition continued to approach her.

“Please …” Ann pleaded once more as the apparition's image grew brighter and brighter, blinding her.

“Ohhh,” he breathed sadly. “My poor pet… why won't you let me stay with you? Why won't you allow me to show you how much I love you?"

More stories from Fashion O Day and writers in Fiction and other communities.