The Duck & The Platypus

A fable passed down from generation to generation. 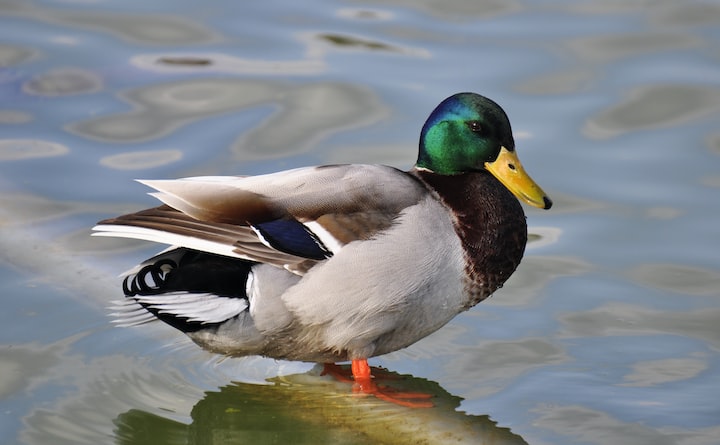 Photo by Ravi Singh on Unsplash

A duck found himself lost in a small pond.

He picked a shady piece of water to rest underneath a pear tree while he contemplated on where he was.

He thought out loud.

But, how could he? Or rather, why? His mother had left him long ago and the young duck he loved had been left somewhere in the deep dark confines of his past.

“Quack.” He said out loud, daringly defining the meaning of courage and bravery. He dutifully decided it wouldn’t be this way forever.

“Quack?” An odd sick sounding duck asked from somewhere on the bank of the algae covered pond.

The duck turned to see a monster looking at him.

The monster had a beak much like his own but his body was very different. He had four furry legs like a squirrel and surprisingly no wings. His body was covered in a brown fur. An odd bushy beaver like tail extended from his bottom. He had no feathers and two beady eyes that looked at the duck inquisitively.

The ducks first instinct was to fly away, but what the odd duck had asked him kept him in his spot.

The odd duck forcefully frowned and moved slowly towards the duck who was quietly quivering in fear.

She was. She was the most gorgeous, generous, and daring duck he had known. Beautiful brown feathers and the most beloved brown eyes that always delved deeper within himself then he ever dared to.

Oh. A platypus. Makes sense. An odd name for a rather curious creature.

But still, it did sound good. Why leave what he held so high? And to be ‘lost’ was only an eloquent excuse. If he loved the duck he once knew very well, nothing would stop him from finding her. No matter how many ponds, rivers, or even lakes he had to carefully cross.

He only needed to say what he felt. And if she truly loved him she would understand his distance. She would agree that life is chaotic and that it has a terrible habit of tearing ducks apart with no care for their miserable lives after the fact.

The duck turned to paddle off on his new quest of love and hope when the platypus called out to him.

The platypus’ telling of all his fears and secrets was cut off by a loud bang.

The platypus’ head exploded in a bloody boom and his thoughts fought to follow the chunks of his brain. Some of which landed on the duck’s bill.

The duck turned to fly but another bang stopped him from escaping.

His whole back side was blown off and he laid motionless in the water. All he could think about was how he longed to see his true love. He saw her beautiful brown eyes looking off in the distance hearing the surprising sound of death approaching. He pictured her flying off to a new location where hopefully it was safer.

He went to draw another breath but realized he couldn’t. Another bang shot through the air and his head dematerialized into a cloud of blood, feathers, and bits of beak.

The young boy who killed both of these troubled creatures grabbed his shotgun and ran to them smiling. He stomped on the platypus’ dead corpse and then grabbed it and threw it into the pond laughing as it sank.

“Stupid duck.” He said as he walked away whistling a joyful tune.