The Diamond Eyes of Utopia

by Emily Wilcox 4 months ago in Short Story

A short story about dystopian love 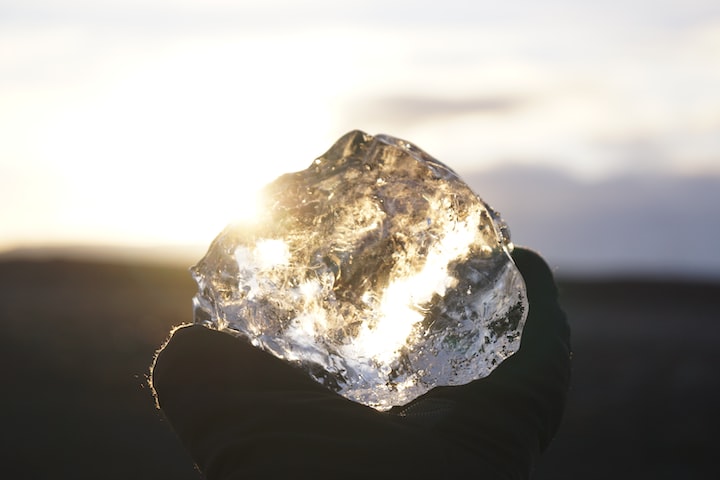 Photo by Gigi on Unsplash

I thought I could help him, but you can’t help a wasteland.

He let down his walls for me but not as an entrance, there was no drawbridge lowered to the ground to allow me inside, no fanfare and celebratory greeting. No. He blew himself up for me. Shattered his mind. Now he’s crumbling, falling apart - he’s a wreck. There’s no life inside him, not anymore. I wonder if that’s my fault.

“My Utopia,” he whispered, in our earliest days together. His lips would trail along my jaw and right up to my ears. He’d pinch my lobe between his fingers so delicately I almost couldn’t tell, and say, “diamonds belong in these. To match your eyes.”

Days later, I carried diamonds on either side of my mind.

You have no idea how much I loved him. He was the kindest boy I’d ever known. His touch would barely ripple an ocean, he was that gentle with me. And yet when he kissed me I felt myself fall down a dimension, now a 2D being ready to live imprinted onto his heart. I didn’t understand why his parents named him such a misinformed thing, not at first.

“They didn’t,” he told me once. “I never had a name. I never had parents. Dystopia is more of a…. a signpost. A marker of the lands I’ve ventured through for the past two decades.”

We were laying on an old blanket in the centre of a quarry, and I remember wondering why he always took me to such rundown and abandoned places. Though his words now made it clear.

He turned to look at me then, propped up by his elbow and gazed down and deep into my eyes. His thick black hair fell forward, framing his face as though gravity was intent on keeping his brain permanently enclosed in actual darkness.

“My Utopia,” he sighed, “I don’t know how this universe can create something as beautiful as you.” Leaning down, he pressed his lips against mine. For several minutes (hours, lifetimes) I was convinced I existed only to experience this moment. Nothing else mattered. How could it?

I’d loved him for a while by this point. Long before I ever admitted it, but now I no longer felt afraid of loving the boy who’d never been loved before. He’d been torn apart by the world. He’d been ravaged by any who’d known him. He grew up alone. He lived alone. He only knew how to be lonely. But I was the bright light at the end of the tunnel that had collapsed onto his soul. He told me so, every day we were together. And light never could escape a black hole.

Fortunately, I didn’t want to.

When he pulled back, my body felt heavier, the additional weight of something around my neck sitting there above my heart.

Dystopia grinned at me, but his expression remained cautious. “It’s a heart. A locket. A heart-shaped locket.” He lifted it slightly into view and then thumbed it open. Photos of two eyes, one on either side, a grey so dark they were almost opaque stared back at me. They were his. “With me inside.”

I didn’t know love could be soldered into a shape. Suddenly I wished I could meld my own skin into his, chain myself around his neck, click our bodies shut so we’d never know life apart from one another again. I smiled up at him, my cheeks ablaze. Blood is metallic after all.

Quarry’s, much like the vacuum of space, they’re not the beautiful thing. The beautiful things are the stars within them, the galaxies and meteors and the two lovers at the epicentre, the rest of existence falling into orbit around them. That was us. Right there. The beginning and the end.

And the end was just beginning.

I would let him put his hands anywhere. My body was his home after all, there was no room he could not enter. So I didn’t flinch when his fingertips found my neck. I didn’t budge when they gripped the chain of the locket. I didn’t squirm when they pinched it together, pulled it taut and tight and began choking me. I didn’t really notice at all, at first. Because there he was, my Dystopia, lingering over me and blocking the sunlight from view. He was dark. Misguided.

And too far gone.

“I’ve never known love before,” he whispered into my ear, still constricting my neck. He bit down on one of the diamond earrings he’d gifted me and ripped it away. It never struck the ground. He’d swallowed it, “and I love it. And I love you. Oh my sweet sweet Utopia, you know how I love you.”

Finally, I noticed, my body struggling for breath. I started coughing. Spluttering. Gasping for air.

The illusion of him was faltering, the veil was slipping away, replaced by this thick hot fear for my life. I wanted to scream for help, but I couldn’t. I wanted to kick my legs and flail my arms, but he’d pinned me into place. He was peppering my face with kisses, biting my neck, drawing lines along my cheeks with his tongue but I was too focused on my wailing lungs. Maybe I had swallowed the diamond because my throat was being shredded.

“But I’ve certainly known loss. And I hate loss. I hate it.”

I was dying. My vision was blurring. The chain of my necklace was slicing into my skin and all I could taste was metal and terror. I’d be dead within seconds.

“And hate is significantly stronger than love, my love. It’s meatier. Doesn’t expire.” He jolted upright, shifting his entire weight into his wrists and pressing them down on my neck. I could feel my spine shattering beneath the force of him. “I won’t go through that again. I won’t let you leave me, I won’t endure more loss, I won’t survive another round of pure hatred. It will kill me, Utopia, don’t you see that?”

I’d gone blind. Mentally, emotionally, now literally. My mind fell blank. My body, limp. There was nothing left of me, nothing but this apocalypse person holding my lifeless self in his arms.

Hindsight is a wonderful thing, if you live long enough to experience it. But I was not so lucky. I fell for a boy forged inside the dying heart of a broken world and now his face lives inside mine, looped around my neck and decorated by death.

Maybe I wasn’t his Utopia after all - with diamond skies and diamond eyes. I was just a reminder of what he’d lost.

“You cannot leave me if I take your life. It’s mine now. And I, yours.” He loosens his grip on the locket when her body stops writhing. Then he lowers his lips to hers, to her earlobes, to the heart-shaped jewellery and whispers into her neck, “I live inside your heart. You die inside mine.”

Receive stories by Emily Wilcox in your feed
Emily Wilcox
Read next: SLOUCHING TOWARD APOCALYPSE - A VISION