The Curious Case of Tiny John

by Margaret Pan 4 months ago in Short Story 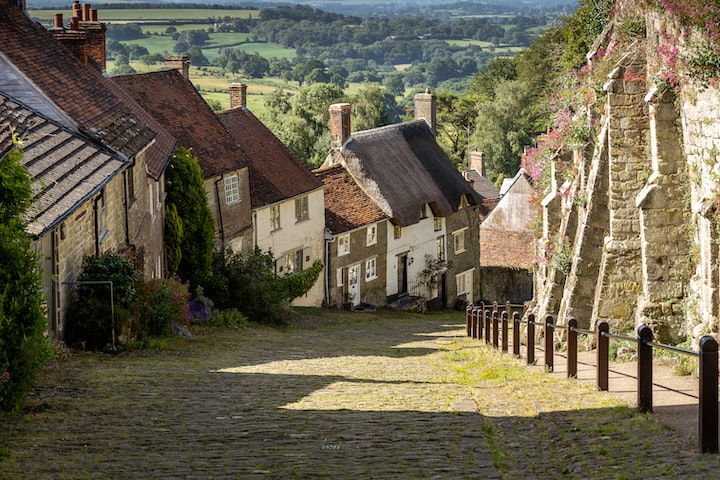 When I was little, my mother would read me all the popular bedtime stories - from The Ugly Duckling and The Wizard of Oz to Snow White and The Little Mermaid.

And although each one of these stories had something special and I liked pretty much all of them, there's only one story that's engraved in my mind up to this day.

It's not popular. In fact, it isn't known to anyone but my family. Today, however, I plan on sharing it with all of you.

It's a bedtime story - or, if you want, a fairytale - that my father came up with one day and spend countless nights narrating to me. It's smart but also funny. It's a bit silly but also incredibly deep.

It's called "The Curious Case of Tiny John".

Once upon a time, there was a tiny little man, whose name was John. John lived in a beautiful greek village, in a hand-built wooden house. His house was small, yet cozy and comfortable, with all the essentials.

John was a good man but didn't have many friends. It wasn't his fault. His appearance made people laugh and most of his fellow villagers thought him ugly, weak, and fragile - someone they preferred not to be around.

One rainy day, as John was running home after a day of work, he stumbled on something and fell. As he was picking himself up, he noticed a weird-looking hollow on the ground. Curious, he started digging up and discovered a small wooden box. He opened it, and he let out a small cry. Inside the box, there were a dozen shiny gold coins - more than he had ever seen in his life.

John was ecstatic. He couldn't believe his luck. Out of nowhere, he was now rich; if he wanted to, he wouldn't have to work a single day in his life again.

As he couldn't keep this wonderful news to himself, he went on and shared them with his neighbor, a grumpy yet kind old man - who had helped him numerous times in the past and was one of the few people who were nice to him - and one of his childhood friends.

Later that afternoon, John's childhood friend went to his cousin's house and told him all about John's lucky incident. He meant to harm - it was some innocent gossip between family. However, his cousin called her friends and told them the news, her friends called theirs, and quickly, the news had spread in the whole village.

During the next couple of days, all the villagers had learned about John's act of fortune. And some of them were jealous. Apparently, the gold coins didn't belong to any of the current inhabitants. They were probably buried in the ground many years ago, so why should tiny, nobody John be the one to have them?

So, three men decided to steal the gold coins from John. They secretly gathered all the villagers and preached about the unfair incident.

"The coins should belong to people who are strong and can better provide for this village", they said.

"Why should such an ugly and weak man become rich?", they asked.

They thought they deserved those coins more - they were the village's most tall, strong, and good-looking men. So, they came up with a plan - to enter John's house the following night, give him a beating to teach him a lesson, and steal his coins.

Unfortunately, they managed to convince most of the other villagers as well. The few that disagreed with them, didn't dare show it or do something about it. Except for one: John's neighbor. The old man thought what was about to happen was cruel and unfair, so he rushed to John's house to warn him.

Upon hearing the old man's warning, John fell into deep thought. He wasn't strong enough to beat those men. And he couldn't ask any of the other villagers for help. So, he came up with a masterful plan: He would put a wooden doll on his bed in his place and cover it with a big, thick blanket. Then, he would hide in his house's hidden basement with his coins and wait - the rest would be easy.

So he did. Somewhere in the middle of the night, he heard noises outside the house. The three men broke his house's door and rushed inside. Each one of them was holding a bat, and all three of them started hitting the wooden doll- mistaking it for John. Assuming they knocked him unconscious, they started searching all the house, once, twice, multiple times, but couldn't find John's coins anywhere.

Of course, John couldn't see anything; he could only hear their voices and loud steps, as he was patiently waiting for them to leave. When that happened, John crawled out of his hiding place, smiling - his plan was almost over. Now, he only needed some of the old man's help.

The next morning, John went to the village's only cafe - it was full, and he spotted the three men sitting around a table looking tired and frowning. Most of the rest of the villagers already knew that the men had broken into John's home but didn't have any success in finding his treasure. Upon setting their eyes on John, everyone was taken aback by the fact that he looked great - not even a scratch, not a single bruise.

John went on and sat at a table next to the men, with his old neighbor, and started talking, making sure, his voice was loud enough for the three men and everyone around them to hear.

"Why's that?" the old man answered.

"Well, I felt like something was bothering me in the middle of the night, and I feel kind of itchy right now. Maybe it was bedbugs?" John asked.

"Maybe you're simply imagining things?", the old man asked, and they both started laughing.

Their laughter was the only thing you could hear in the cafe. Everyone was shocked and silent - especially the three men sitting near them. How could tiny, weak John suffer such a beating by those strong men and only feel…itchy? Had he some kind of superhuman abilities? How could everyone have underestimated him all this time?

From that moment on, all the villagers took an interest in John. They started -respecting him. The attempted burglary incident was never talked about again, but everyone knew what had happened and everyone was in awe of how things had turned out.

No one tried to steal from John again or doubt him - they all now believed he was worthy of those coins - and much more. Eventually, John became the village's legend - generations and generations after, his story was passed around and talked about often. Of course, no one but John and his old friend knew the truth: that tiny John was neither superhuman nor had magical abilities - that he managed to change his life upside down with the help of a kind person, and the strength of his mind.

Although this story is far from perfect, I love it because it's an allegory for the way humankind thinks and acts. It has so many deep lessons.

We see the dark side and the damaging consequences of gossiping and how beauty and power can ruin a person's character. We learn about people's tendency to look down on ugly and weak people and respect as well fear those who are stronger than them. We see how humans tend to get jealous of other people's fortune and how eager they are to steal their happiness.

But the world isn't full of bad people; we learn that there also people who are kind and can't stand cruelty and injustice, like the old man who helped John. We see that luck favors the kind and the brave. And above all, we learn a crucial lesson: the way you look has nothing to do with your character and it tells nothing about what you're gonna achieve in life -your brain is your most powerful weapon and can help you beat everyone and everything.

I write about relationships, psychology, personal development, and books.

Receive stories by Margaret Pan in your feed
Margaret Pan
Read next: All In Due Time