by Don Money 3 months ago in Young Adult
Report Story 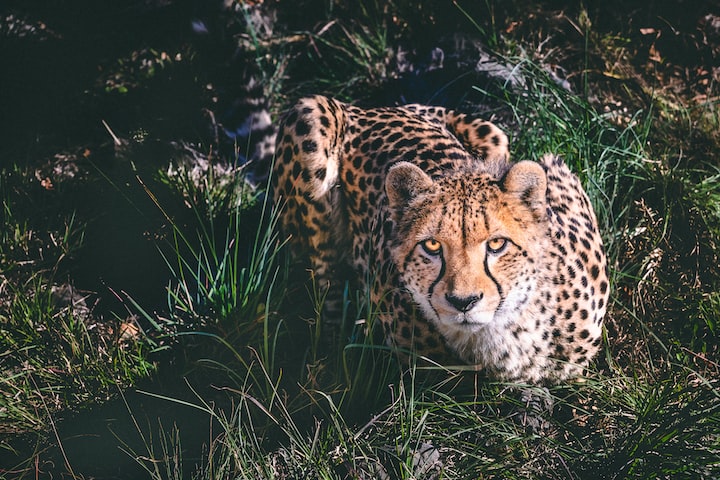 Photo by Michael Aleo on Unsplash

It did not take long before Squirrelhead spilled everything we needed to know to pull off our rescue of Raif and Rylee. They, as we thought, were being kept in the pit in the middle of camp. The new, important information we gathered was that there were only fifteen people in camp currently, because there was a group of five out looking for a teenager who had come into camp and made off with some supplies. He also told us the location of two hidden guard posts and that they were wary of the cheetah leading them away from camp as a distraction like he did before. We would have to rethink that approach this time.

Rosie and I thought the best course of action while Landon kept Squirrelhead prisoner was to capture the lookouts in the guard post before we made our move to rescue the prisoners. The closest one to us was hidden in some thick brush in a draw between the two highest hills that led along the path into the camp. We took a long wide berth around the hill closest to us and the draw. After finding the hidden guard post we watched it for a few minutes to come up with a plan.

Our best course of action seemed to be for me to make my way to a spot halfway down the hill that had good tree cover, from there I would be able to cover Rosie and Hobbs as they approached the location. With some luck they would be able to lure the guard out into the open and I could wound him enough for Rosie to rush in and capture him before he attracted any attention from the camp.

Rosie crept up close to the camp and sent a couple of stones from her slingshot into the brush to try and drive the guard out to investigate. Nothing happened so she sent another shot in, still nothing. At this point Hobbs thought it was his turn. He crawled into the hideout and seconds later emerged and lay down thrashing his tail. He had something he wanted us to see. Rosie crouched and ran to the brush entrance point. She found the opening and immediately popped back out, waving frantically for me to join her. Half sliding, half running I made it down to her location.

“You gotta check this out,” Rosie said pointing into the hidden guard post.

Unsure what to expect I crawled in and came face to face with a surprise, the two militia members who were on guard there were tied up and had their mouths covered in duct tape. Anger seeped out as they stared at us.

I crawled back out in clear confusion, “What in the world is going on here, Rosie?”

“I know, right,” she replied. “Someone got here before us. It seems we may have an ally out here.”

The pair wasn’t going anywhere so we decided to go after the second guard post. This one was located at the top of the hill that stood exactly opposite of where we were now. Something odd, and we weren’t sure what it was, was going on so we decided to trade stealth for speed. We would circle around behind the hill at a run with Hobbs leading out front scouting for trouble.

It took about ten minutes to get to the base of the hill and we decided to switch back to stealth mode to make our way up it. We were near the top when a barrage of gunshots rang out, the three of us instinctively dove for cover. The commotion of the gunshots and shouts are not aimed in our direction, but seem to be in the other direction so we made our way up the rest of the hill.

Hobbs disappeared like a ghost ahead of us. A few more gunshots pop off in the distance ahead of us as we crest the hill. Up ahead we see two men searching and firing into the area in front of them. Clearly something has spooked the two. I scan from my high vantage point and see the outline of someone hiding behind a tree. One of the men had also spotted him and circled around to get a clear shot at the hiding figure.

Rosie yelled out, “Look out!”

The person, who I get a better look at seems to be a teenager, sprints away from the place he was hiding. The gunman that was about to shoot him turns and aims his rifle in our direction, but is too slow. In unison, Rosie has released a stone from her slingshot and I have sent an arrow his way. They seem to hit at the same time, the arrow catching the man in the upper shoulder forcing him to drop the gun and the stone striking him in the forehead knocking him out.

That goes well in our favor, but what does not, is that we have opened ourselves up to his partner for an easy shot at us while we attempt to reload. An evil smile plays across his face as he turns the machine gun he holds our way. But as my dad once told me, fortune favors the bold, and our fortune comes in the form of Hobbs leaping down from a tree and knocking the man to the ground. He lands hard on the ground with Hobbs atop him and is knocked out cold.

“Thank you,” a voice to our right speaks up and both Rosie and I have reloaded our weapon and aimed it at the owner of the voice. “Easy, easy, same team,” the teenager steps out from behind the tree with his hands raised.

We decide to presume the old adage that the enemy of my enemy is my friend and I lower my bow, but still keep the arrow notched in it. “Cassian,” I say to the mysterious newcomer. “This is Rosie.” She has lowered her guard also but still watches on edge for any signs of deceit.

“I’m Jose,” he introduces himself. “I took out the other guards across the way, but got caught sneaking up on these two.”

Rosie and I exchange a look. That answers the earlier question we had as to what happened to the other guards. Our introductions are cut short as we realize the camp below has become a beehive of activity. We see several armed men and women running up the hill in our direction responding to the gunfire that took place, but several other members in the camp seem drawn to the prisoner pit in the middle of camp.

We watch as a girl’s hand reaches up grabbing ahold of the rim of the pit and pulls herself up. She then rolls away from the pit and springs to her feet and in one smooth motion jumps onto a stack of crates. A woman close to her makes an attempt to grab at the girl, but the escapee cartwheels off the top and lands on the woman’s shoulders driving her into the ground. A man standing close by grabs the girl from behind in a bearhug and starts to squeeze. The girl throws her head back cracking the man across the bridge of the nose, likely breaking it. The man loosens his grip enough for her to drop down and roll underneath striking out with a kick to his back as she once again springs up.

As the man crashes headlong into a tent that collapses trapping him with it, the girl, I assume is Rylee, runs back to the pit and drops down to her stomach, lowering her arm in. We are too far away to help her and watch in horror as two men close in on her.

Just as they get to her and grab her legs to pull her back, a boy at the other end of Rylee’s grip tumbles up out of the pit. The clear assumption is that this is Raif. Raif closes in on the two who are attacking Rylee and as the first one looks up at him he lashes out with two devastating jabs catching the man on the jaw and chin. The man drops like a sack of potatoes, while the second militia man realizes that danger has sought him out. The big man lumbers out an arm at Raif trying to clobber him upside the head. Raif ducks and bobs back up with a right cross that rocks the man back. This has enraged the man even more and he swings wildly again trying to connect with his target. This time Raif does a little side step and puts all his power behind an uppercut that connects on the jaw of the man. It looks like it drives his chin up through his forehead.

Rosie and I look at each other, it seems like those to be rescued don’t need any rescuing.

Jose smiles in our direction and asks us, “Are we going to let those two have all the fun?”

More stories from Don Money and writers in Fiction and other communities.