The Child of the Gods

The story of a boy in Crete 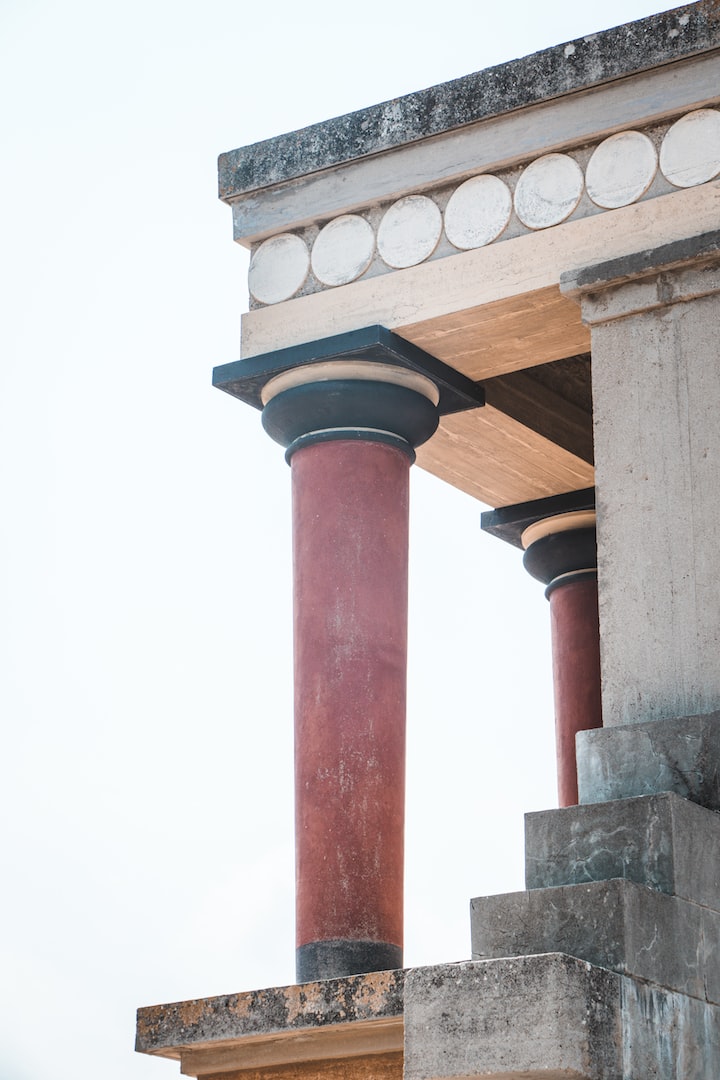 Photo by Adrien Delforge on Unsplash

My view from the Window

My name isn't important. Most have forgotten it, while others curse or mock it. For today, just think of me as Ka, because I am a force to be reckoned with.

From the window of my parent's home I grew up seeing the magnificent pastures of the king, Minos. I lived just outside the walled city of Knossos, the surrounding fields used for the herds of bulls for the royal family. I was a potter by trade, taking after my father, and I would often create the image of the beast on every vase or pitcher I crafted.

There was one bull, the White Bull of Minos, a gift from the god Poseidon to our sea city, which has captured my attention most of all. He has black obsidian eyes and horns that burn gold in the rays of the sun. He was the emblem of passion, strength, and vitality.

That was years ago, though. I have seen this majestic beast roam the outer pastures of the king's palace, forgotten with time and age. Dismissed like an old man no longer useful to his home.

I could still feel his power when I saw him and I wanted to see him the way he once was. The Bull of the gods, not the pet of Minos.

To Straddle the Bull

One day, several years ago while I was making my way through the walls of the city to sell my trade in the markets, I crossed by the pasture where this mighty beast resides. I did not notice he stood beside the fence, his golden horns still burning in the morning light, as his black eyes pierced me. Suddenly, he let out a loud snort, startling me and causing me to drop the vases and vessels in my arms.

I was on the ground, not breathing or moving, simply frozen in the dark gaze of this king of beasts. He tread the ground with his solid hooves, causing the earth to quiver beneath the weight. I could feel his might, his power, and his life force coursing through my body and causing me to feel a fire in my stomach.

I was no longer afraid. I stood, and moved to the white bull slowly, without taking my eyes from his eyes. I could feel him beckoning me, calling me, and I knew he was saying to mount him. Thus we would share power.

Without realizing how I did it, I scrambled up his side, swung my leg over, and sat upon the mountainous back of the White Bull. I could not even sit with my legs over his haunches they were so big. All I could see was the mountain of white which was his back and his horns streaming out above his massive head. He looked like a god and a mountain in the clouds of the sky.

And I was riding him. Like a bird in the sky I was free here. I was one with this majestic animal. Seated there I realized his ancient power, how he was once worshiped and venerated, only to be forgotten when convenient. He yearned to be free, to be wild and untamed by the hand of mankind. He was asking me to do it.

I began to realize why Poseidon wanted this beast as sacrifice. He did not belong as the pet of man. He belonged with his father.

How to be Free

I knew what needed to be done. The White Bull must be free. He must be returned to the king of the sea and allowed to be untamed. To be free the soul must first be freed. I could see this now.

The task would not be easy. Even though the king Minos no longer venerated the beast, he would see an attempt to steal him as a threat to his authority and legitimacy. After all, it was all thanks to the Bull that Minos triumphed over his brothers. Minos failed to return him though, and therefore I knew what I was planning was correct.

The theft must be quick, but also strategic so that the White Bull has enough time to get to the ocean. The quickest way to the sea was through the southern gate which passed by the guards of the palace and the outer rims of the city.

Early dawn the next morning I made my way to the southern gate. The guards did not notice me yet, since I am unassuming and unimportant. I saw the Bull standing in the dewy grass of the dawn, unmoved, staring intently at me. I knew he knew the plan.

I opened the gate, the Bull snorted, and suddenly he let out a loud bellow, lowered his horns and struck the earth with his heavy hoof. The ground quivered, and the guards began to stir. I quietly stuck out my hand reassuringly, trying to get him to calm down and be quieter. But he responded by rearing up, letting out a bellow that shook the towers, pounding both hooves on the earth causing me to fall.

By this time the guards have noticed the commotion and were making their way over. I began to panic as I scrambled to my feet again. I saw the beast charging at me, head bowed, horns poised to gore me to death. I had a momentary feeling of dread, betrayal, and fear. I turned to run but he let out another bellow which I heard differently this time.

He was not angry. He did not wish to kill me. He was beckoning for me to ride him once again. So in a split second I turned to face him and charged towards him at full speed. He bellowed and I screamed at the top of my voice as I felt myself grasp his golden horns and hoist myself over his mighty head and haunches. I was mounted on the beast and the two of us were free once again.

Home to the Sea

I could see the early morning sun rising between the horns of the beast like the great Apis of Egypt so long ago. We were charging at full speed, my hands gripping the massive horns of the monster as we charged towards the sea. Arrows and javelins whizzed all around us from the guards as they screamed "Thief" at the top of their lungs. Dozens of guards followed us towards the sea, but neither myself nor the White Bull paid them any attention.

I looked down and saw several arrows have already struck the legs and rear of the White Bull, and one was lodged in my leg as well. We did not stop, though. We did not slow down. The ocean was pink with the light of the sun now cresting the horizon. You could no longer tell the difference between the sea and the sky. It was one. Olympus has touched the sea, beckoning us home.

I let out a mighty yell, a victorious shout of triumph as the Bull plunged into the roaring of the waves. The bellowing of the Bull, my cries, and the rumble of the waves all became one beautiful song. Our blood mingled into the waters of the abyss, and I felt the waters consume me.

The world vanished in a peaceful silence. The bellowing of the White Bull, the roar of the waves, and the cries of the guards all vanished into oblivion.

The Edge of Eternity

This is my story. You may be wondering how I am able to share it with you, I suppose? After all, I have been consumed by the sea.

Just understand this: I am well. I am free. The White Bull has been freed and so have I.

The reverence of the mighty Auroch bull goes back tens of thousands of years. The cave art of Lascaux France depict this beast roaming wild and free with other wild beasts of the day.

In ancient Egypt the Apis bull was worshiped and mummified in the Serapeum of Saqqara. The image of the sun disk nestled between its horns is familiar to many throughout the world.

In Crete the Auroch bull was likely worshiped as a god of vitality and creation. The infamous image of the thin Cretan acrobats flinging themselves over the head of the bull and flipping from its back have amazed historians since their rediscovery.

This beast is the forefather of the modern cow. A beast we depend upon immensely.