by Jay Villin 10 months ago in Fantasy
Report Story 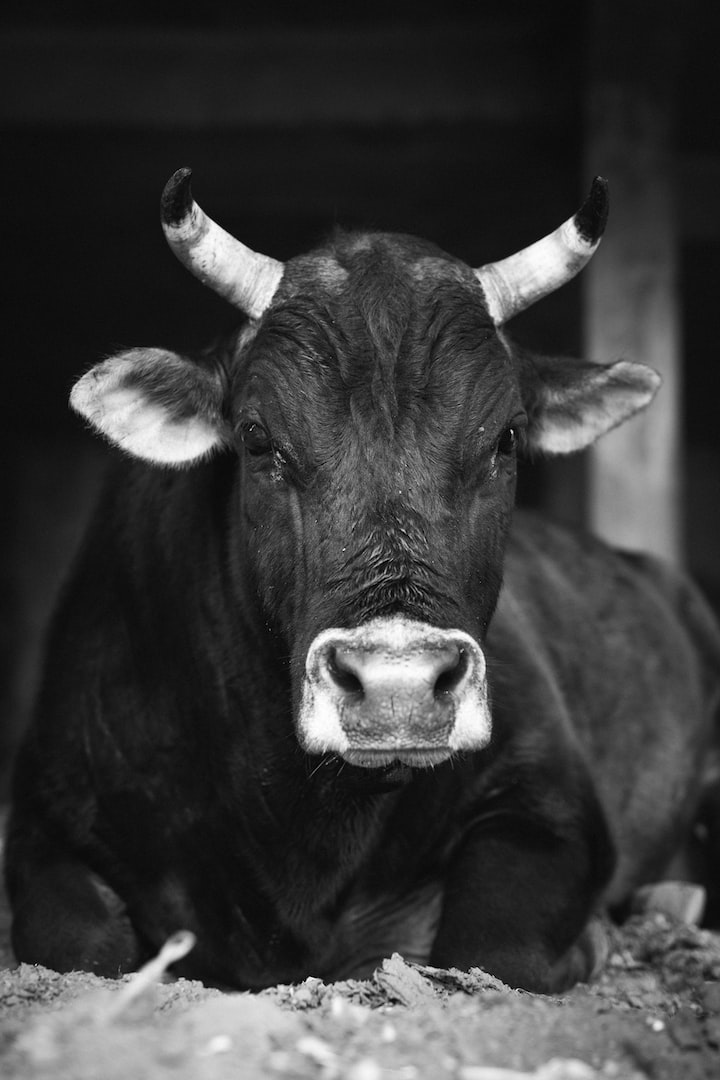 Photo by Parker Hilton on Unsplash

This has to be a dream, right?

Lexi kept the thought to herself, but considered pinching herself like they do in the movies. Her bedroom overlooked the main floor of the shop. She’d been woken up by a loud crash from below. It was the table collapsing under the weight of a large bull that seemed to be tinted blue.

She took a deep breath, trying to snap herself out of just watching the mayhem below. “Stefan.” She could feel him appear behind her. “What kind of Davey Crocket crap is this?”

The bull bucked against the counter, shattering the base and sending the top flipping, violently crashing against the wall beneath them.

He stepped forward to look at the scene. “I think you mean Paul Bunyan. He’s the one that had an ox. I believe this is a bull though.”

She turned on him. “Does it look like I care what kind of animal it is? It’s destroying the shop! Do something!”

Stefan grinned, something that sent a chill down Lexi’s spine. A small cleaver appeared in his hand. “As you wish. Steaks for dinner!”

“Wait!” She called after him as he bolted for the staircase. “Not with a cleaver!”

He paused and turned back to her. “Want me to roast him whole?”

“Absolutely not! This is likely someone’s bull and this is a barn. Maybe he’s lost.”

Stefan rubbed his temples. “The back door is nailed shut. The front door,” he pointed, “is closed. Unless the bull shut the door on his way in— without breaking the glass like he has everything else, I might add— someone put him here.”

“Actually, this seems more like a prank than anything else. And who likes to prank you?”

“I run a magic shop in a small town. Could be anyone.”

“You know who would do this, especially since you don’t already just know how it happened.

Lexi sighed. “My hoard of demon minions that I’ve been ignoring.” She jumped at another crash downstairs, this time, a door to one of the side rooms was now missing. “Do it.”

That evil little grin returned to his face as he turned to rush down the stairs.

She watched from the safety of the loft as Stefan charged. The second he was off the stairs, he threw the cleaver with deadly precision, hitting the bull directly between the horns.

He was stunned by the impact. Although the cleaver was stuck in the bull’s head, he didn’t seem to be bleeding or injured in any way. The bull turned away from Stefan as he approached.

The kick flung Stefan out of Lexi’s sight. She found herself screaming his name as he crashed into something beneath her. She vaguely heard him coughing as she rushed down the stairs to his aid.

He brushed sawdust from the sleeve of his pinstripe suit as she got to him. “He really packs a wallop. I think I broke the counter top more.”

“You’re okay after that?” She helped him to his feet.

The sound of scratching and snorting interrupted their conversation as the bull prepared to charge them both.

On instinct, Lexi stepped between Stefan and the bull, holding out her hand. “Enough!”

The bull skidded to a stop just before bumping her hand.

The bull collapsed onto his side, snoring softly. Then its form began to change, hooves shifting into feet and hands, snout shrinking into a nose. Within moments, a man was asleep before them. He had the same scales as Stefan except blue.

Stefan nodded slowly before pulling the cleaver out of the man’s head. “This is Tristan, water demon in service of the Antichrist.”

“Tristan. Do all demons have such ordinary names?”

“When we’re to be sent to Earth, we’re assigned mortal names.”

She turned her attention to the man— to Tristan. “Wake up.”

He did as she commanded and bowed to her. “My lady.”

“Go back to where you came from. None of you are to come to Earth or send anything to Earth until I call you.”

She nodded, liking the sound of it. “Yes. Consider yourselves all banished.”

They both vanished, leaving Lexi alone in the chaos that was once her shop. “That takes care of that. Now for the mess.”

I write things. Just like life, sometimes those things are good, and sometimes they're bad.

More stories from Jay Villin and writers in Fiction and other communities.