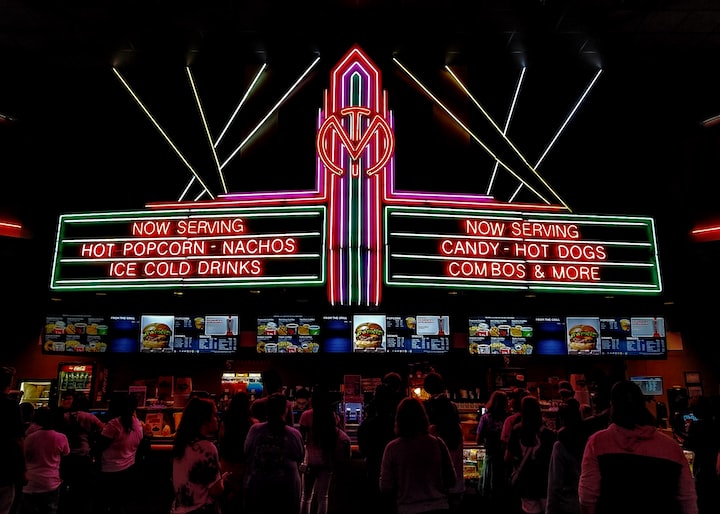 Photo by Simon Ray on Unsplash

A box landed on my desk.

It had been tampered with because I had seen the tape that had secured the box, had been sliced open with a sharp object. It was just a plain old box. The standard tan brown colour, no advertising, nothing extravagant about it. I turned it over to see if there was at least an address on it. Nothing.

I had seen Abe carrying a box, similar to this one, this morning but whether or not he still had it, is another story. They call him “Abe the babe,” because he is the resident joker and chill guy that everyone loves, here. Every chick wants to be with him and every guy wants to be him. Yeah, that kinda guy. If this was his box, as to why he wanted to dump it on my box, is another story.

Julia, one of the workers, and well-known shit-stirrer in the place, walked past my desk and gave me a side-look when she saw the box on my desk. She was her normal cocky self, strutting down the middle of the aisle like her shit doesn’t stink, heals clanking on the worn-out carpet. Her ponytail swinging from side-to-side like one of the preppy innocent girls in high school. Then, she got to my desk, saw the box and her happy-go-lucky face evolved into something that of Satan’s. Did she just get jealous? Am I now officially in her bad books? I wonder if she’s assuming, I’m now bonking Abe.

Let’s get this straight. Funny way of saying things because I am far from straight – in fact, I am probably classified as the resident fabulous guy. Representative of the rainbow squad. Knowing that someone like Julia has got her bloomers in a bunch because she thinks I’m seeing Abe, fills me joy. Abe is just a gorgeous specimen and if he has dropped his box on my desk, might mean something. Do I look further into the investigation or just shrug it off? Speaking of Abe, he’s returned to the office and he’s looking toward Julia and I. Julia must still have a shocked look on her face and I’m looking like a stunned deer caught in the headlights. Not very attractive, Conan. Abe took a sip from his protein shaker and then proceeded to wink at me. This stirred Julia up even more and she took a swipe at my desk, sending pens and paper missiles across the room.

I giggled. The box was untouched.

Julia had stormed off in a huff, running for stage right. She quickly glanced back and noticed Abe walking towards my desk. She continued to head of the room, probably running to the toilet to pity herself. I’m not one hundred percent sure what Abe’s game is or what this whole box fiasco has to do with me but whatever the action is, I’m kind of intrigued.

I continued to do my work and half-watched what Abe was doing. Nothing exciting. Just typing on his computer and looking at a book of notes to his right. His desk was neatly tidy. Pens and pencils in a used plastic movie cup. I’m not sure what movie was on the cup because the sun had faded the picture to almost a non-existing picture. He had scraps of paper stacked next to his pens and a To-Do list, in form of pink Fluro post-it notes next to one of his computer screens. He was well and truly a perfecto kind of person but it was attractive in a deeper sense. He never was messy in his work ethics. I found myself contemplating about his morale than actually working, that I missed Queen Julia walk toward centre-stage making her presence known. She looked directly at Abe, no one else mattered. She smiled at him and he half-smiled back. She still attempted to talk to him. Meanwhile, I was still looking at the box that had landed on my desk and wondering if it was still Abe’s or not. The tampered cello-tape was losing its grip on the box and peeling back, creating the pressure of lid to lift slightly. I inspected the box closely and saw that there were vague fingerprints on the bottom of the box so someone had to have picked it up and left it there.

I looked up to see the Julia Show was still playing but Abe wasn’t interested, kept telling Julia he had paperwork to attend too and that if she came back in an hour, then they could talk. Was he fobbing her off? This wouldn’t sit well with Miss Julia. She was the main attraction at the theme park.

“Abe, honey,” she said, prodding his shoulder as she sat on his desk.

Manager Ronan was walking down the aisle from the back, making sure everyone was working, stopped next to Julia and observed the situation.

“Is there an issue here, people?” Ronan asked, casually.

“I have some paperwork to do,” Abe said, looking Julia in the eye.

“More like bonin’ Conan,” Julia said, in a huff, and walked off. She glided down the aisle again, dress puffed out like a lemony cupcake. She scowled at me as if I looked like bubble-gum stuck to the concrete. I heard her snarky comment about Abe boning me and it was satisfying. Whether or not, he swung that way, the fact that his supposedly box ended up on my desk, has got her undies in a bunch.

Throughout the day, I found myself staring at Abe more than doing my assigned tasks. I was building my hopes up on two unproven theories; one being Abe potentially in the closet and two, Julia thinking the suspicious box was Abe and that Abe was secretly doing me. Talk about drama. This does sound like teen movie built on a love triangle; the popular boy, the popular girl, and the nerd. I could be starring in my own movie right now, and I wouldn’t even know it. The thought of seeing a movie crew in this tiny office got my anxiety levels up. Having a camera crew taking all kinds of focus in every direction, those boom microphones hanging from ceiling, capturing every conversation, would be a disaster. Of course, reality sells so this movie or sitcom or reality series would be a massive hit.

Back to the box. The tape had lost all grip, curled up, and sat in a ball at the bottom of the box. I could see something peeking out but wasn’t sure what it was. It looked silver with some sort of white on it. Was it a chocolate bar wrapper? Nah, not even. I was too scared to touch it or even look inside. What if it was Abe’s and he didn’t like people touching his stuff? I looked up from my investigation and noticed that Abe was no longer at his desk. I could smell his cologne suddenly fill my presence. It was a fresh smell, like someone fresh out of the shower. Abe always smelt yummy. I turned around to see him behind me and sifting through the shelving overhead. I could see his top raise suddenly and a V-line was noticeable. I looked in the reflection of the window and noticed Poopy-Pants Julia staring at me, arms folded, looking like a villainous prat from a teen movie.

“Hey Conan,” Abe said, returning back to his stance. V-line side show aborted. Thank you, Julia. “Do you know what’s up with Julia? She’s been acting weird all day.”

I tried to play it cool. I suggested him to lower his head so I could whisper something. “She thinks you’re gay for me.”

He burst out laughing. “I’m no way gay for you. No offence.”

I swallowed that pill hard but knew the outcome wouldn’t be in my favour. “I know that.”

Julia waddled over, looking defeated. “I guess there’ll be a wedding soon.”

I buried my head into my hands.

“I know what you’re thinking,” Abe said, frankly. “And no, I am not gay and there is no wedding with Conan.”

The box. I looked through the gaps of my fingers to see the box magically flip open. The sides had expanded out and the floor plan of the box looked like an open nappy. The silver wrapper with white on it, was in actual fact, a chocolate bar wrapper. There was rubbish piled up in the middle, and the address that was in the box, had been half-scrunched up. The addressee wasn’t even Abe. It was Ronan’s.

“Why would anyone use my desk as a tip?” I asked.

“I thought you would have done the favours and thrown it in the bin for me,” Ronan said, jumping into the conversation, swiping the rubbish and throwing it in the bin. “Alright, kiddies, back to work.”

“I’m sorry I assumed you were gay,” Julia said as Conan walked back to his desk, holding the file he needed.

“And you my friend,” Julia said, casually. “You totally thought the same thing I thought aye? That’s why you never threw the box away. You thought you had a chance.”

She bounced off, thinking she had got away with murder.