by Tasha Matthew 6 months ago in Horror 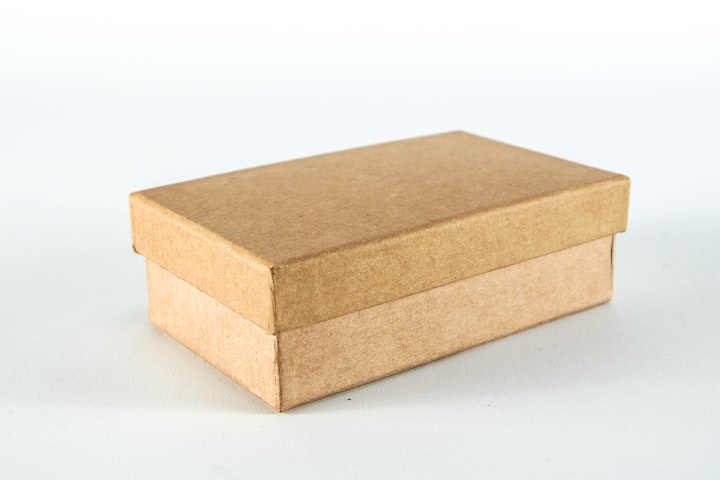 Photo by Christopher Bill on Unsplash

Pan was a little quiet. She mostly kept to herself. Although we were best friends she still was very quiet around me. When she did talk it was always very intelligent and specific. She liked to talk about psychology and why a person turns out a certain way. She would come over to my house and we would watch psychological thrillers and crime and serial killer documentaries. I never was a big fan, but I like how she always had a spin on the killer's life. “He is like this because he was neglected by his mother. Instead she chose abusive men over him, so he hated women and emulated the men his mother dated behaviors.” She explained to me after watching a serial killer documentary. She always seemed like she felt worse for the serial killers than their victims.Most of the time the serial killers had horrible lives growing up, filled with abuse and neglect. Pan could relate all too well. I had been to her house one time and her Mom said I could stay, but only for a short time. When I went into her room she didn’t have much of anything in it. It was a sad and bare looking room. We just sat at the edge of her bed and talked about life. As I swung my legs back and forth at the edge of the bed, I hit something under the bed. I jumped down and looked and there was a brown paper box. I slid it out and Pan jumped to her feet and grabbed me. Never touch the box and never open it, she warned. That was the most defensive I had ever seen her. She was always bullied and never stood up for herself, no matter what the kids did. We sat back in silence for a little while before I heard the front door slam.

“You’re home early,” I heard Pan’s Mom say. There was no response, but I heard the fridge open and what sounded like a can tab open. “You promised you’d stop drinking Frank,” Her Mother said. I heard some tussling and Pan grabbed me and told me it was time to go. As we walked towards the front of the door I peeked over towards the kitchen and Pan’s Dad Frank was peering over at me, with his hands wrapped around Pan’s Mom neck. He had stopped in the middle of his abuse waiting for me to exit the house. Pan looked at me with hopelessness in her eyes as she left me on the outside of the door and closed it behind herself. I stood there for a while staring at the closed door. The violence inside exploded as I heard thumps and yells. I could hear Pan run back to her room, but I could also hear his footsteps following.

We didn’t talk about it when she got to school. Even as I saw the fresh bruising on her arms. The teacher’s could see it too, but they never did anything. All they wanted was a conflict free day, so they avoided her at all cost. Even as she raised her hands in the class they would pick other students like they didn’t see her. Other students noticed this and it made her a target for their bullying. They would call her DustPan and pretend like they were sweeping dirt on her and would even throw dirt at her sometimes. She never did anything bad to anyone, but people poured so much of their hatred into her. “Why don’t you stand up for yourself?” I asked her one day. As she stood in the bathroom clean the dirt out of her hair from the assault that day. “You remember that box you found under my bed?” She asked. I nodded my head, my curiosity about that box was still at an all time high. “That's where I put it, all their hatred and anger and ugliness. I’m trying to save them from themselves, but I don’t know how long I can do it anymore.” I felt bad for how delusional Pan was about the abuse and when we went to High School the next year, I avoided hanging with her. I wanted to start over and be a cool kid and have some fun. The mood was always morbid hanging with Pan.

First, I got the good news around town that her Father had left the family and cleaned up his act. He was getting remarried to some woman who probably didn’t know what she was getting herself into. It was great news at first, but after a couple of Month’s Pan’s Mother had to move to the bad side of town, because she couldn’t afford their house. Shortly after during the only class we had together I noticed that Pan’s bruises reappeared. We didn’t talk anymore so it was easier to ignore the abuse and act like I didn’t see it. The bullying got worse for her in High School. A boy threw shit at her one time and people would push her to the ground if she stood too close to them. When people would see her hit the ground they would kick up dirt on her and call her DustPan.

I was ashamed of myself when I heard the news of Pan’s suicide. The invitation to her funeral arrived in a brown paper envelope. It reminded me of the box she had under her bed. I attended the funeral. I figured it was the least I could do. Everyone was there, the teachers, the bullies. I guess everyone felt bad and knew they played a part in her death. I didn’t see her Father there, but overheard her Mother telling some people that her Father had gotten remarried and moved away for work, later his new wife and her family had reported him missing. They haven’t found him yet, she said with a slight smile.(Read the Story Cake for reference) The people looked shocked by the smile, but she swiftly walked away after. She took the stage for the wake and gave a speech.

“My little girl and I have been through so much. I am happy that she no longer has to suffer. She was so kind and too beautiful for this World. In her suicide note she said she couldn’t keep all the ugliness in anymore. She said she didn’t want to be here when people saw how truly ugly they were. She wanted me to open this box for you all today.” She said, reaching down behind the pulpit and grabbing the brown paper box that I had found under her bed that day. She held back some tears as she read the inscription on the box and smiled. “Pandora’s Box,” She read, opening it up. I heard a growl and sounds that could only be from Hell as specks of light flew out of the box. One landed on Tommy, the bully who threw shit on Pan that time. The whole room suddenly wreaked of dog shit and the smell was coming off of Tommy. The crowd moved away from him and his smell. His face twisted up into a monstrosity and his body shape followed. He screamed when he noticed the change. So did the rest of the room. The light flashed and more people changed. One girl was slapping at the dirt that formed on her clothes and more just kept coming. She created a dust pile around herself. She stopped when she realized her hands had grown claws and her face had taken a hideous form. There was a weird noise and I turned and noticed the group of teacher’s trying to speak, but nothing came out. Their attention moved to their ears and then their eyes. One covered his mouth, another her ears, and the other her eyes. They looked like a remake of see no evil, speak no evil, hear no evil. Their forms soon changed too.

Pandora’s box… I laughed to myself after I realized what Pan’s mother had opened. I knew what my punishment would be and I waited for it happily. I looked around the room for the last time at these monsters forming around me as they screamed and carried on. I had turned a blind eye to Pan’s abuse and issues. I didn’t even use my newfound popularity to help her out. Sweet Pandora, the girl who kept the World from itself. My sight was gone, guess I didn’t need it, if I didn’t use it for good. I could feel my disfiguring changes. I deserved this. Voices started moving towards me, “Hey, wasn’t she Pandora’s friend, she had to know about this. Let’s get her!” I felt claws grab all over my body.

Read next: Death and Crisps