A story about looking over the edge of sanity 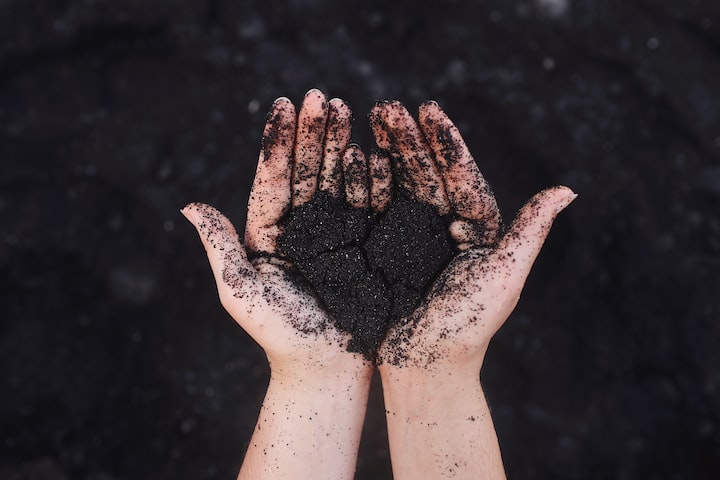 Photo by Fallon Michael on Unsplash

The night was cold and still. It listened to me as I wearily walked to my front door. My nose was cold. I wanted so badly to be inside away from the snow. December, when everybody should be happy and jolly and smiling while gazing at the lights and the falling snow. I was happy. The happiest I had been for a long time anyway; I wasn't jumping around singing christmas carols but I wasn't in bed covering my face with my covers either. And for me, that's a good day. As I checked my bag for my house keys, I could feel how numb my fingers were becoming. Strange thought I guess, how can you feel numb if 'numb' is a word that describes not feeling anything? Behind me were the regular sounds of the village. A distant passing train, a dog barking in some far off garden, the constant sound of traffic, almost like waves from the sea. I finally feel my keys and put them into the lock so I can be in some kind of warmth after a long day. I wonder why I can't see any stars. The sky is usually so clear here, but tonight it's like someone turned off the stars one by one and replaced them with a dense, grey blanket they had thrown over the sky. That's when I stood on something, something made of cardboard. The snow had accumulated and buried what appeared to be a square cardboard box. I picked it up quickly and finally let myself in.

I was met by an even colder, dark and damp house that felt as though it had been left for a hundred years. Somehow dust had gathered on top of the shoes in the shoe rack, the silence hit me as if it was a tangible being waiting patiently for me to return. The atmosphere was alive, it had cells and veins and bones and thoughts. It was distinct, but also unfamiliar, like a stranger waiting, in a way I cannot explain. I tried to turn on the lights, but nothing happened. My soul was curious, my left brain was going wild. My right was complaining about this nonsense, the electric has gone again, the heating is broken. My soul was heavy, but I listen to my right brain. After all, it wasn't really as odd as I was making it out to be. I shook it off. Weird day.

When I finally got to sit down that evening, I was relieved. Not only had it been a long day, but it had also been so quiet. I realised I was thinking too much, I needed to put on the radio or TV. And so I did. While the 6pm news was droning on, I remembered the package I had almost tripped over as I came in. As I stood to retreive it, the womans voice on the TV suddenly became distorted and low. Like listening to someone on the phone with bad reception. I tried to adjust the aireal. I tried hitting the TV with my hands, it bounced back to a normal frequency and I sighed. When I picked up the package again, I felt a sudden wave of nausea. Water. I desperately needed to drink. What was wrong with me today? Everything was fine, I must have been over tired.. I was working too much and my friends at work told me so nearly every day, perhaps I'd take tomorrow off, I needed some time to get used to being alone. My mother had died. I took care of her, and life just wasn't the same. When I made dinner, it was just for me. When I sat in the living room wondering what to watch on TV, I didn't have to ask what we should put on. I didn't like it. I couldn't stand being so lonely. But I was a freak back then, people felt sorry for me, they weren't really friends. I guess I was always different. I was always someplace else.

The kitchen was too quiet, I needed to open this damn package in the living room where there was sound, even if it was a woman talking somberly about all the terrible things happening in the world. When I opened the cardboard box there lay another, smaller box inside. It was black. But not shiny black, not the kind of black you paint with or draw with. This was a hole. A square shaped hole that looked as though it wasn't a box at all, but a place. Or the entrance to a place. Still, it was only a thought. And before I knew it I had opened this black hole box and was met with a smell so rancid that I imediatley dropped it onto the floor. Suddenly the TV started to sound muffled again. I looked at the screen, the lady speaking had become an orb of moving light. She was swirling and circling and breaking into hundreds of pieces of light and then reforming again. Her voice became what glass might sound like if it could talk. The smell from the box was worsening, rotting flesh, old vomit, urine, blood, fecal matter, anything and everything vile was meshed into the smell and each one distinquishable from the other and somehow still one whole smell. The nausea hit me a second time and I ran to the toilet to vomit. While I was vomiting I could hear the woman on the TV becoming hostile. Screaming loudly, the sound of two champagne glasses shattering against eachother. A violent toast, a toast of demons, of vermin. I started to panic. I could not stop being sick. The more I thought, the more I could smell that foul box and what ever the hell was its contents. As I looked down at the bathroom floor, a long line of cock roaches made their way to the edge of the wall. They seemed to walk through it, like the wall wasn't there at all. I screamed, but when I did, the sound that escaped me was like the scream of a murder victim. Looking their murderer in the eye before their death and seeing something so evil, so foul that every beautiful thing on the planet would die at the sight of it. I was shaken that this noise came out of me. The womans voice on the TV trailed off and was replaced by laughter. But the voice laughing was mine. Laughing uncontrollably. Like I was a balloon that had not been tied and was freely darting about the air. When I looked down again at the toilet, I realised my vomit was Black. Like tar, like the colour of the box that I just opened. I thought I must have been going insane.

I eventually, after sitting on my bathroom floor with my head in my hands for what felt like hours, worked up the courage to go back into the living room where the box lay on the floor. The TV was normal again, now a man being interviewed about his family farm. I nervously walked over to the box and picked it up again. From where I stood, it looked like any other box. Surely I had just imagined it? Surely I was so tired that my mind was inventing crazy stories. No one would believe me. I wouldn't believe me. When I opened the lid again, I could see bloody bandages, piles and piles of them. I wondered how they could fit in the small box, it was impossible. Piece by piece I pulled out those bandages, some pieces were soaked in fresh blood, as if I had just used them to cover new wounds. Some pieces were rotten, black and purple as if they belonged to a long dead mummy. Some were brand new, like I had just purchased them from a pharmacy, it went on and on. And then there were shards of bloody glass, old twigs and leaves, sewing needles, patches of fabric, rotten flesh. Yes, rotten flesh. Human. I was in a trance like state. I wasn't attached to my body anymore, but standing beside myself, watching. I pulled out human teeth wrapped in a silk burlap, dead insects, I felt I was cleansing my soul. Like I was pulling out all the poison within myself. I felt lighter every time I pulled out another strange item from the hole. And then it happened, a human heart. Four bullets were lodged in the side of it, sewing needles were stuck on every side, it was black and covered with what looked like ash. It was still beating. When I held it up to the light to observe it, a black tarry liquid began to ooze from the two pipes that held it together. It was so fragile; one strong movement and I would have ripped it a part.

I saw it as a living being. I had to clean it, I had to take care of it, I had to fix it. With my shaking hands I stood with diffculty and almost floated into the kitchen. I say floated, I was walking, but I felt so faraway from myself that I was almost not alive at all. I felt love for the beating organ that squrimed and splattered blood in my trembling hands. My eyes watered, my own heart ached. I gently placed it into the sink and turned on a lukewarm water and started very carefully washing and fixing the heart. By morning, I was still awake and sewing the holes made by the bullets together and patching it up. It looked bright again, it was beating slower, easier. I started to bandage it, I started to love it. The birds began to sing, the light of dawn started to gently beam into the room through the net curtains. When I was done, I put the heart, like new, back into the black box. I sat back and cried enough tears for the planet ten times over. I don't know why. I don't know what I felt, or why I did what I did. Something was hanging over me, like a cloud. A cloud that is alive and observing me, a cloud that is gazing at me lovingly like I was a child doing something foolish. I fell into the deepest sleep I have ever had. I was dead to the world.

When I woke, it was evening. I could see the sky in the window from where I laid and noticed how clear the sky was. The stars poked through one by one, like a million lights in a deep black box.

Have been writing since I was a kid. Won several awards for my writing as a child and an adult. Also a singer and songwriter.

More stories from HC Valentine and writers in Fiction and other communities.