“Nothing is better than going home to family and eating good food and relaxing.” – Irina Shayk 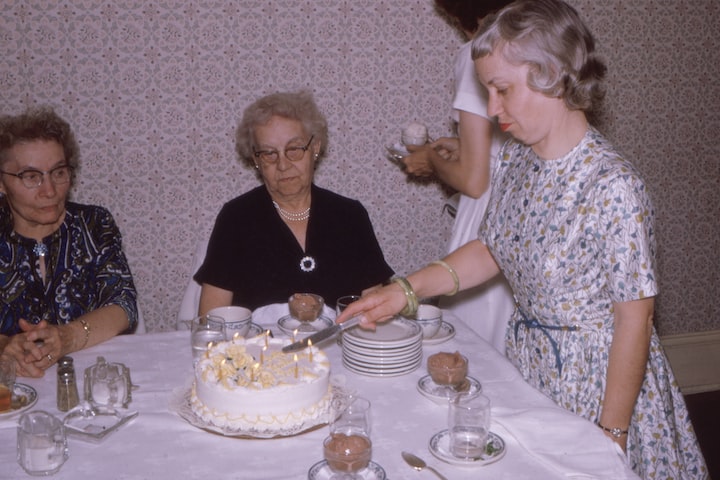 The boy jumped from his four-poster bed. In the waning moonlight, he slipped into his favorite jeans and a hoodie. He always loved watching the sun rise over the cornfield, but today he would not miss it. Today was the day he turned thirteen. He was officially a man.

He padded out to the rickety front porch as the deep blue evening sky gave way to the glowing orange and red of a new day. The heat started early, burning off the early morning fog. Gramps stepped softly on to the porch, a steaming cup of coffee in his hand. He put his hand on the boy’s shoulder. With the touch, the boy stood a little taller.

“Morning.” Gramps paused and took a sip from his mug. “You’re gonna get to cleaning out the barn today, right?”

“You know what today is, right?”

The boy turned incredulously towards his grandfather. The old man had difficulty hiding his grin behind his cup as he took a slow sip.

“Come on and get some breakfast, birthday boy,” the boy’s grandmother called from the kitchen. “Or should I say, young man?”

The small family sat at a square linoleum table in the farmhouse’s cozy kitchen. Years later, when reflecting on his summers spent on the farm, the boy remembered moments like this as being his favorite. The three of them sitting at the old table surrounded by plates of Gram’s famous biscuits, home cured bacon and a big pot of dark, rich coffee.

The boy spent the rest of the day on the sun porch with his grandparents, listening to stories of his mother’s misspent youth. How she and her friends stopped what little traffic there was in town by “playing possum” in the middle of Main Street. How she had gone for a joyride in her father’s Hupmobile. There was the story of how Gramps disputed a parking ticket he had received because he had tied Merle, his plow horse, to a parking meter. He refused to put money in the meter because, he argued, it was for cars not horses. After he stopped laughing, the judge threw out the case.

The day ended the same way it had started. The boy found himself on the porch with Gramps, watching the sunset. Blue skies turned purple, and finally deep sapphire. Pinpoints of light sparkled across the sky. As the light faded from the sky, the boy and old man sat quietly. The silence finally broken by Gramps, who asked the boy to follow him to the barn.

“I will clean it out tomorrow, I promise,” protested the boy.

He led the boy into the corner of the old building where he kept his woodworking tools. Gramps was famous for his woodworking skills. Flicking on a bare lightbulb hanging above, he crouched down under the oak table that served as his workbench. A moment later he stood back up, holding a package wrapped in brown craft paper.

Turning to the boy he said, “Happy Birthday!”

With a big grin, the boy tore into the package. Wrapped in the brown paper was a small trinket box made from dark walnut. Nine carved baseball players decorated the outside of thebox.

“One for each position.” Gramps explained.

“Gee Gramps. It’s fantastic. It must have taken you forever.”

The boy reached up and hugged his grandfather.

“We’d better get back to the house,” said Gramps.

Back in the farmhouse, they sat down at the linoleum table joined by the grandmother who was carrying a three layer homemade chocolate cake adorned with fourteen blue candles. One for each year of the boy’s life and one for good luck. After an embarrassingly long rendition of Happy Birthday, the boy blew out the candles. Upon doing so, he made a wish. He then cut three enormous slices from the cake. The family sat happily, savoring each bite. What did the boy wish? That the summer would never end. Unfortunately, it wouldn’t come true.

In a few short weeks, this scene would change drastically. His mother would bring the boy back to the city. And once again he would be relegated to his room. Most of his time would be taken up by chores, homework and retrieving beers from the fridge for his stepfather. But for now, this birthday was enough.