The Ballad of Busty and Dusty Danger

by Christopher Beesley 5 months ago in Adventure
Report Story

Run-way trains. Shiny Rings. All those other outlaw things. 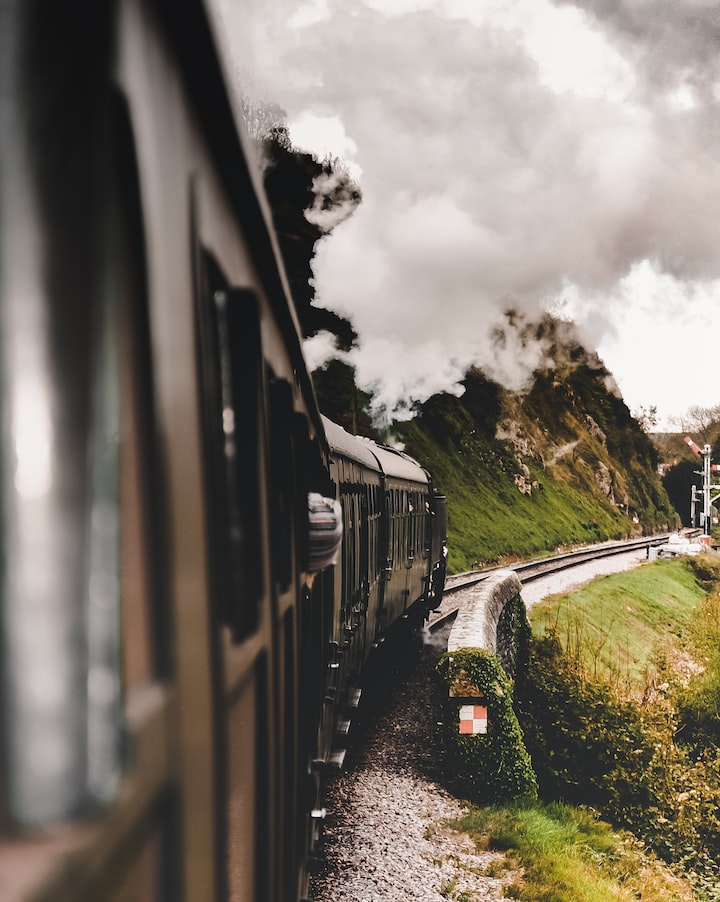 Photo by Connor Herrington on Unsplash

“There ain’t no stopping this train we’re on.” He had never expected to use the phrase literally, yet each day represents a new opportunity. Carpe Diem.

Nearly full stop past the Judge. Up is down, and down is up. Black is white. White is black. It’s Opposite Day. Wait. It’s Not Opposite Day.?

There she was, hardly trying to break into his cell. Gaining little to no attention. His Runaway Train. Still wearing the ring of the life she left three stops ago. She gracefully plopped down next to the dusty shackled cowboy, startling him from his rolling window of rolling trees, and his rolling mind of rolling thoughts.

Her voice was hushed and husky. “You seem like,” she looked over the prisoner, “you’re no stranger to danger.” If the eyes are the windows to the soul, surely her heart was welcoming this stranger in.

“Please.” He bragged under his breath, not to wake his guard. “They call me Mr. Danger.” Not yet aware of his newly unlocked cell.

“Get me out of here.” She gave up a wink. First of many, Dusty hoped. “Please.” She puckered her lips.

“Surely, you have this backwards.” He stared at his cuffs.

“Guard. Door.” His voice was hushed, yet stern. Eyebrows pointing to the back of the jail cell of a train car they were in.

Shirley stood up and hurried passed Dusty’s trusty dozy officer to the door.

This can’t be real, he thought as he heard the door swing open. Brilliant lass.

The sound of the wind through the freshly opened door hole stirred the guard awake. As the words “we’re under attack!!” Formed on his lips, he was cut off by a full body slam into the wall.

“The Gun.” Dusty’s voice didn’t waver as he began to wrestle the guard to the back of the train car. His eyes planted firmly to the struggling guard’s hip and his trusty revolver.

Her hands moved faster than he expected. Her grace unmatched. The revolver seemed natural in her hand, as if it had always been an extension of her self.

Dusty’s boot found footing in the back of his first major problem. One Swift kick. One quick tumble. Problem solved.

“I figured out my Cowboy name.” She rose her costumed finger to his face as she led him to a cabin in the next train car. “We’re married in this little situation of ours.” She admired her expired ring as she shoved the gun and her expired ticket into his still cuffed hands. All relics of expired lives.

The ticket man began to make his way up the train car towards their new hidey-hole. Close enough to make Dusty clasp his newly expired ticket, and hide his newly acquired piece as Shirley gently shoved him into his seat. Surely, she’s got to be kidding.

“Married?” The ring caught his eyes. Surely worth a fortune. “But dear, you haven’t even told me your name.” A man could definitely do worse. If either of them had gotten off on the stop she had paid for, a man would definitely be in worse.

“I’m sorry sir.” Alexandria pressed her breasts together, to meet the old man’s stare. “I think I lost our tickets.” She pressed her lips to a kiss, a look Dusty was already accustomed to. “But I know I’ve got a couple more stops to go.” She pouted and winked to the ticket master.

Dusty’s attention had been drawn in with the old man’s.

“Right. Problem solved.” Her word was truth, and Dusty understood. “Next problem.” He held up his shackled wrists and nudged the gun out from under him.

Busty pondered a minute, knowing she hadn’t picked the proper amount of keys off the still tumbling guard. She scrunched her cute face. “Closer to town. I think right now, it’s time to relax.”

“Gotcha.” The fact they hadn’t been caught yet was a blessing. Wouldn’t want to tempt the fates. He gave a smirk and a pregnant pause as he hopped back on top of the cold steel. “There definitely ain’t no stoppin’ this train we’re on.”

“No there ain’t.” Busty kissed Dusty on his stubbly 5o’clock shadow. “Might as well enjoy the ride.” She cuddled up to her hubby.

“Might as well.” Dusty looked over his new wife and old shackles.

Busty was gently rolling her borrowed ring around her finger, like the wheels pushing their runaway train into the Great wide open. Blue skies, white clouds. Everything was sunshine and bullets.

“Only thing I’ll ever ask of you,” Her voice, as sweet as an Angel’s choir. “Gotta promise not to stop when I say when.”

Run-way trains. Shiny rings. All those other outlaw things.

Three lives gone. A stolen gun. Busty and Dusty were on the run.

A kick to cut the puppet strings. Unknown is what this life brings.

Another day under the sun? Busty and Dusty had just begun.