by Liz Fletcher 4 months ago in Fantasy
Report Story

Dragons in the Valley 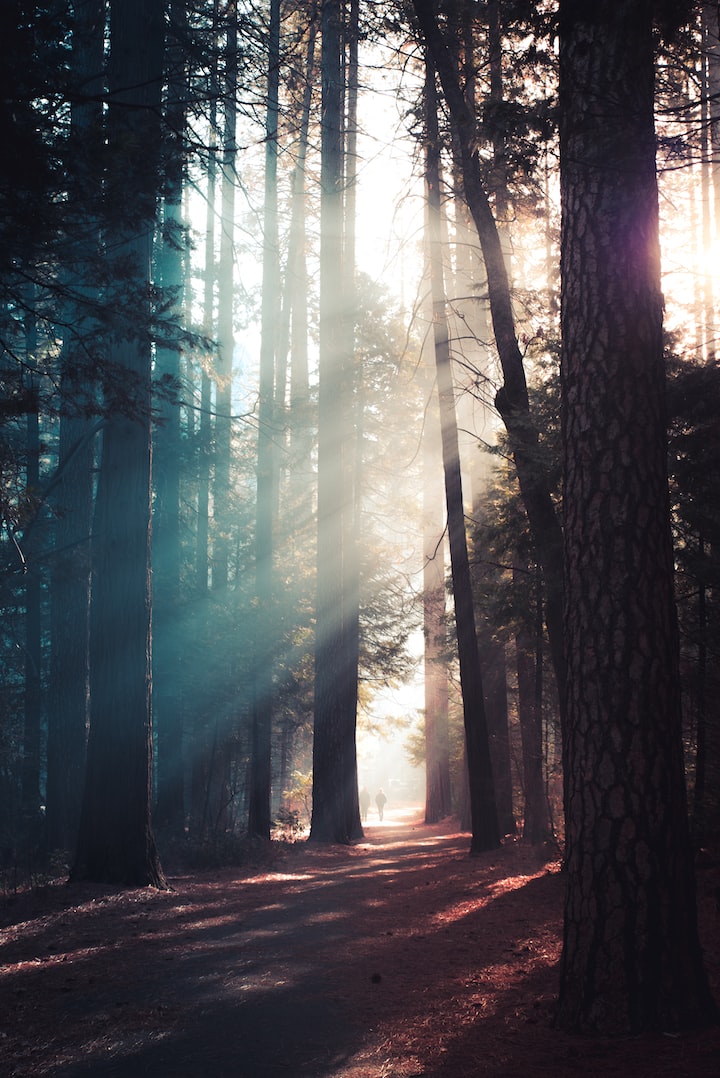 There weren't always dragons in the Valley. Nick had never known the peace of that time, but his grandfather had. He loved hearing his grandfather’s stories about his childhood when people could freely enjoy the beautiful land. Nick had heard the story of the day the dragons arrived so many times, but today he was unwell and wanted his grandfather to be close by, so he asked him again.

So once again his grandfather started the story.

‘When I was a lad, younger than you are Nick, I lived in a small cottage with my parents and my sister, Jane. We didn’t have a grand house or much money, but we were happy. The Valley was our playground and Jane and I used to walk through it every day on our way to school. All the children in our area did, and it was always filled with children, and noise. The path we took to school was surrounded by big green pine trees, whose needles covered the pathway. You had to wear shoes otherwise those needles would stab your foot. The air smelt fresh and clean, just like when my mum had washed our bed sheets. I can remember the sun peeking through the gaps in the trees and lighting our path. When Spring arrived the floor of the Valley seemed to be covered in Bluebells, pretty blue flowers that were shaped like a bell. Jane loved those flowers; I can’t tell you how many times we were late for school because she insisted on picking some for her teacher. Life was good, simple, but good. My dad worked in the town about ten miles away, and my mum stayed at home. I loved getting home from school to the smell of her cakes and biscuits baking in the oven. If we were lucky the bowl hadn’t been washed up and Jane and I would lick the beaters and wipe our grubby fingers around the side of the bowl. We had no warning that things would change, no clue that life would never be the same again, and we certainly could not imagine what lay ahead.’

‘I know, I know, what is going to happen grandad’, interrupted Nick.

‘Aye you do lad’, his grandfather replied, ‘shall I tell you anyway?’.

‘Well, it was not long after Jane’s seventh birthday, I was eight at the time and we had argued at dinner about who was going to sleep in the top bunk bed. Our cottage only had two bedrooms, so Jane and I shared a room, it wasn’t a big room, so we slept in bunk beds. I had always slept in the top one even though Jane begged and begged to. My dad told her when she was seven, she would be big enough to sleep in the top bunk and now she had turned seven we argued every night about it. That evening my mum, who never got cross, got cross! She said that if we couldn’t work out a system the top bunk would be removed, and someone would have to sleep on the floor instead. I didn’t think she meant it, but I didn’t want to risk it, so I told Jane she could take the top bunk that night. It was only her second time of sleeping in it, and we never imagined as we went to bed it would be her last. It was a cold night that night, a cold and cloudless night. Jane and I, like most children had a bedtime routine. We had dinner, then a wash and put on our pyjamas. If it was cold, we had slippers and a gown we would wear. Every night before bed we would sit in the kitchen with our parents and finish talking about the days events. In the colder months the kitchen fire would be lit, and the little cottage felt snug and warm. Then just before bed we would go outside, using the kitchen door to the back garden, and look at the stars. This particular night the sky was so clear, I remember it as there had been so much cloud the previous nights and Jane had wanted to see the stars on her birthday. There were so many of them out this night, twinkling at us. Jane was excited and we stood and gazed up at them until the cold night air caused our hands to stiffen. Then we made our way to bed and snuggled beneath the blankets. Jane on the top bunk and me on the bottom.’

Nick’s grandad paused and Nick noticed that he quickly wiped a tear from his eye. Nick reached out his hand and held the older man’s hand in his. He loved feeling his grandfather’s large rough hand grasping his small soft one.

‘Go on grandad,’ he said gently.

‘I don’t know what time it was when I woke up but there was a loud noise. To this day I cannot find the words to describe it, but it was like something slicing through the silence of the night air. Lots of somethings. Jane was awake too; I could hear her tiny, scared voice calling my name. Then something unthinkable happened; the roof started to glow and crackle, and I began to smell the faint smell of smoke. I pulled Jane off the top bunk and as I did a piece of the thatched roof tumbled down onto the bed, we could see the flames dancing above our heads and the faint smell of smoke became so strong that we were both coughing as we ran from our room. Our parents reached their bedroom door at the same time, and together we ran through the kitchen door and out into the cold night air. The stars were no longer visible, instead smoke billowed from every rooftop as far as we could see. Red flames leapt into the sky, but even more terrifying than that we could see large black silhouettes of the biggest wings I had ever seen. Attached to these large black wings were the bodies of what appeared to be dozens of dragons, fire breathing dragons. We stood frozen, not able to speak, not able to move while around us everything we owned was burning. Chaos erupted and lives were changed forever, as dragons made their way to the Valley, our Valley.

More stories from Liz Fletcher and writers in Fiction and other communities.