The 12 Gifts of Christmas

by Simon Curtis 9 months ago in Short Story
Report Story 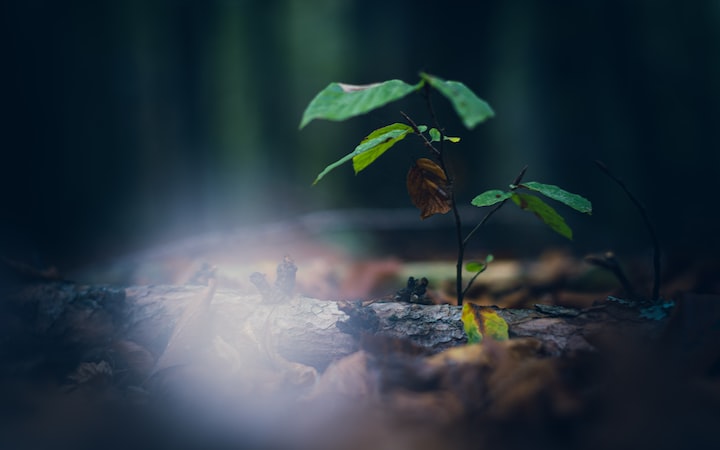 Photo by Jannik Selz on Unsplash

Edward had never really cared for Christmas. His childhood hadn’t been one filled with joyous family gatherings and an overflowing cup of cheer and love. He endured rather than loved the festive period. That was until he happened upon a small cafe on an unimportant Wednesday at the start of a wet and cold December. It was here, in that cafe, that day that he first saw Elizabeth. It was at that moment he knew that he had to do everything he could to make her his. He turned up every day and over his coffee watched her work diligently serving and smiling. Between each new customer she hummed Christmas songs with such a sweet tone that his heart soared with each note. Her fair skin made her look like a Christmas Angel and the man for whom Christmas meant nothing fell in love with it and her.

He thought about her every day and planned so many ways he could win her heart. Edward knew it had to be something relating to Christmas and so he had little time to act. He roamed the stores looking for the right gift but nothing was quite right, it was three days until Christmas Eve and he was still no nearer a perfect plan. But then, one evening in the cafe it struck him. As Elizabeth swept past him she was humming “The 12 Days of Christmas”. He was inspired. He finished his drink, left his money and made his way out.

When Christmas Eve arrived Edward made sure he had everything organised. He spent the day preparing so that everything was perfect. He had everything planned, from where they would meet to how he would give her his gift. He waited outside in the snow and watched as Elizabeth served each and every customer before cleaning up and making her way out into the cold. Nervously he approached her and held out the gift he grasped tightly in his hands. She looked confused but smiled as he presented the small sapling to her.

“It’s a pear tree” he spluttered.

Elizabeth smiled sweetly and placed her hands around his.

“What a thoughtful gift, but why?” She replied with warmth and kindness.

“It’s not all, there’s more.” He stammered pointing away from the cafe towards the hills that surrounded the town.

Edward took Elizabeth to a spot he had chosen specially. It was perfect, far enough from the street lights that the sky was filled with stars, the tall trees of the woods set back into a crescent that allowed a safe and sheltered spot for their tiny tree to grow.

When he was happy with the spot he dug a hole that would allow the roots to spread safely. He took a card from his pocket and placed it in Elizabeth’s hands. He noticed they were cold and promised he wouldn’t be much longer. The card read:

In 12 years this tree will give us fruit. Our love will help it grow. Until then I will give you a special gift every year. This year is 12 Drummers Drumming.

Edward put his fingers to his lips and waited. Suddenly, through the winter air the sound of a military drum band began in the distance and drifted up the hill to where they were. They stayed silent listening to them. When they stopped Edward leant over and kissed Elizabeth gently on the cheek.

“Happy first Christmas” he whispered tenderly before leaving her to make sure the tree was perfectly positioned and planted into its hole.

Edward was as good as his word. The following year Christmas Eve was spent in the same spot, and this time he served the coffee, Elizabeth no longer worked in the cafe and Edward was a doting lover who always took the opportunity to serve and care for his love. Their tree had indeed grown thanks to their love and this year they were joined by the sound of bagpipes and a plate of delicious Scottish shortbread.

The following year was a hard one for Edward. He spent a great deal of time in and out of hospital but Elizabeth was always there. As the year came to an end he was well enough to make it to the tree and to celebrate he released 10 grasshoppers who leapt away across the frosty ground.

Each year Edward came up with a new and more imaginative gift, but after seven years, with the tree beginning to stand tall over them, Edward had reached five gold rings. But that year he only brought one. It was his late mother’s engagement ring, and beneath the delicate branches of the pear tree he gave it to Elizabeth. She didn’t answer, she didn’t need to, he knew exactly what the answer would be and from that Christmas Eve that ring would be another symbol of their love and never leave her finger.

Edward was not a well man, and each of the following years was harder than the last, sometimes the trip up to the tree was the only time he made it out of the house the whole of the winter. He did it because his love strengthened him and because he knew Elizabeth would be there to warm his spirits. He never failed to produce a stunning present, there were peacocks, turtle doves, he even found French Hens, but as the 12th year approached his health declined and he knew he would not make it to Christmas Eve. It broke his heart and he dared not mention Christmas out loud in fear of causing upset. He prepared a special Christmas Eve to be spent in his absence. He spent his time diligently writing letters and making plans and asked his next door neighbour to help him with the final surprise by posting his letters in the event of his death.

Edward died four days before Christmas and as promised the neighbour sent the letters. They were received on the morning of Christmas Eve and hurriedly the recipients organised themselves and made their way up the hill to the pear tree.

When they arrived, everyone was overwhelmed by the beauty of the spot, their eyes already filled with tears they waited for the next instructions. A man strode forward, with a shovel in his hands and began digging beneath the branches of the tree, it didn’t take long as he carefully removed the earth.

Suddenly he stopped, what Edward had promised was there, beneath the branches of the tree was Elizabeth, still in the uniform she was wearing that night they met 12 years ago wearing the ring and clutching the card. Waiting for Edward to come back one last time.

More stories from Simon Curtis and writers in Fiction and other communities.