That’s Just What Cats Do

by Lauren Triola 8 months ago in Humor
Report Story 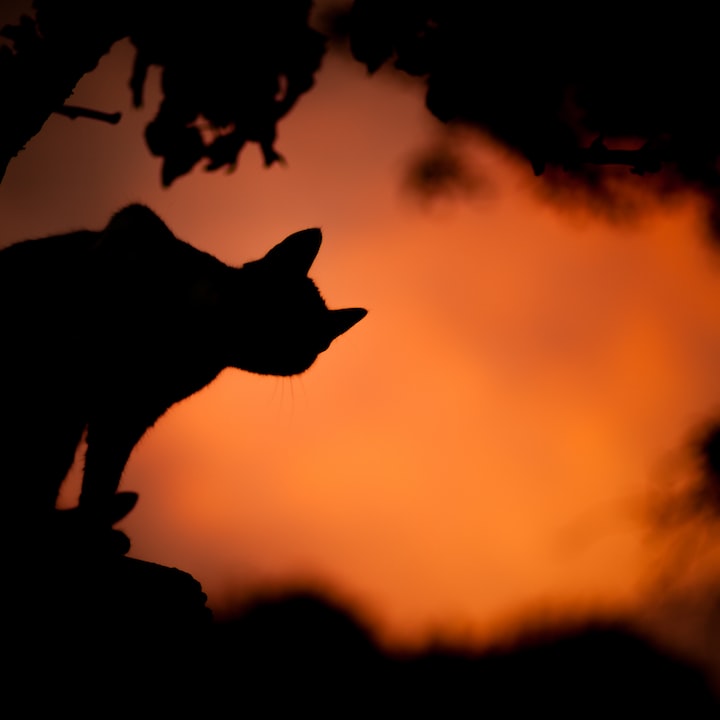 Photo by Sašo Tušar on Unsplash

The cat stared at her from across the yard. It was mostly black with patches of orange. A Halloween cat, Josie had always called those. A perfect match for this cool fall weather, for the changing leaves lining the sidewalk.

Josie waved at the cat as she got out of her car and headed up the stone walkway to her house. The cat blinked at her, tail flicking.

There were plenty of cats that wandered the neighborhood, but she hadn’t seen this one before. It had no collar, but unfortunately that wasn’t uncommon. The cat was gorgeous, with long, thick fur and green eyes. She wanted to put a purple bow on it to complete the Halloween color scheme.

Josie didn’t want to scare the cat off, so she kept her distance as she made her way to her front door. The cat’s gaze followed her until she was inside.

Later, as she cooked dinner, Josie glanced out of the kitchen window.

The cat was still there, watching her.

The next day, the cat was still there, sitting on the brick wall between her yard and the neighbor’s. It watched Josie as she left for work. It watched her as she came back home. This time, Josie decided to approach.

Slowly, she walked over to the brick wall. The cat eyed her as she neared.

“Hi, kitty,” she said softly, holding out her hand.

The cat sniffed her. It made a sound, like something moving deep within the earth.

Josie reached out to pet the cat, her whole hand vibrating as she stroked the soft fur.

She started to offer treats to the cat. She left a plate of tuna by the back door. The cat wandered over and ate it, Josie petting it between bites.

After it finished eating, the cat yawned widely. Its mouth gaped in an endless maw, millions of teeth lining a descent into a fathomless pit of darkness.

“Damn, I wish I had my camera,” Josie said, disappointed. “You are so cute!” She petted the cat one last time before going back inside.

That night Josie woke to see a pair of glowing green eyes staring at her from the end of the dark hallway.

“How did you get inside, you naughty kitty?”

The eyes blinked out of existence.

The cat kept coming around, purring, being petted, causing all animals in the area to go silent whenever it passed. Clearly it was time to see if this was a neighbor’s cat or a stray. She hoped it was a stray.

No one responded to the flyers she posted, although that could have been because she hadn’t included a picture. Every time she’d tried to take one, the screen would go black and the air would turn cold.

Next, she took it in to a vet to see if it had a microchip.

The vet stumbled out of the examination room, eyes wide and staring, mouth open in horror.

“So, is there a microchip?”

The vet shook his head slowly, drool coming from his open mouth.

Josie rejoiced. The cat was hers then.

She picked up some supplies and brought her new pet home. She tied a purple bow around its neck and named it Sam.

Sam liked to crawl on the ceiling at night and spew ravens from its mouth. Josie got used to having a murder ever-present in the backyard. Toads sprung from the taps whenever Sam was hungry, and the sky turned red when the litter box needed to be cleaned.

One night Josie thought she heard someone moving downstairs. She went down, cautious, but only saw Sam chewing on a man’s shoe. One of the windows had been broken and a spray of blood spattered the wall.

“Did you make this mess?”

“Aww, I can’t stay mad at you.” Josie gave him some more tuna.

She called out someone to fix the window the next day. The repairwoman arrived just as Sam opened a portal in the ceiling that rained blood onto the carpet.

“I am so sorry about the mess,” Josie said to her. “Sam doesn’t really like visitors.”

The repairwoman shrugged. “That’s just what cats do.”