by Lauren Triola 7 months ago in Sci Fi
Report Story 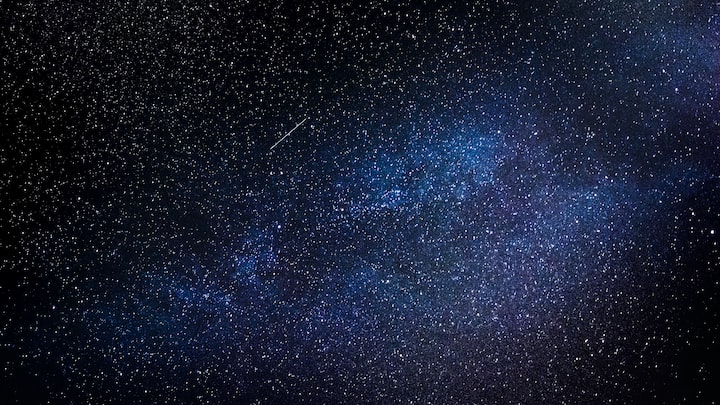 Photo by Federico Beccari on Unsplash

The stars are moving.

My parents scoff when I tell them this, but it’s true. The stars are moving. Or, well, a few of the stars are. There’s a cluster that has been moving for months. My parents told me it was probably just a satellite.

But I know how satellites move. I’ve been watching the skies ever since I could walk. Now I’m twelve. That’s a long time. These stars aren’t moving like satellites.

They aren’t moving very quickly, but I notice they change position every night. They move more than the rest of the stars or planets. But they don’t move like satellites or anything like that.

And, no, they aren’t comets, meteors, or asteroids.

I’ve never seen anything move like this before. There’s six of them and they mostly stay in formation. There’s three in front, in a V-shape, with three behind them in another V.

Of course, no one listens to me when I say that.

My parents laughed when I first told them what I thought the lights were. They told me I’d been watching too many science fiction movies.

I love science fiction. I love stories about aliens and other worlds. I learned the Vulcan salute when I was two. I look at the stars every night hoping that one day I might be able to travel to them, to see if there’s any life outside of our solar system. So, yes, my mind often goes to aliens when it comes to strange things in the night sky.

But these stars are definitely aliens.

I don’t see what else they can possibly be. I’ve eliminated all other options. I even tried to contact NASA to let them know what I found. I eventually got an email back from them thanking me for my tip about the stars, but they said it was nothing to worry about.

Either they didn’t look into it or they were lying.

The past few nights I’ve noticed a change with the stars. They’re not just moving, they’re getting bigger now too. Other people will have to notice that there’s a cluster of stars getting bigger.

Last night they reached the Moon. I think they’re orbiting it. My parents have stopped listening to me when I mention the stars. They took away my telescope. NASA won’t get back to me anymore.

I can see them. They’re definitely in orbit. They’re slightly bigger than a satellite. I wonder how big they are up close.

Tonight, one of my neighbors finally noticed the stars. He looked up at the Moon—it’s nearly full—and frowned. He glanced up at where I sat on the roof.

“What are those, Space Girl?” he asked.

I sneaked my telescope out of my parents’ closet. I’m on the roof putting it together. It’s cold tonight, my breath coming out in misty clouds. I haven’t had a chance to look at the moving stars up close in a few weeks. So far, they’ve only looked like stars, distant lights growing slightly bigger the closer they move.

I point my telescope at the Moon and look through it.

I had expected alien ships or something like that. Probes perhaps.

They’re alive. And they are not of this world.

My parents are going to be so embarrassed when I tell them.