by Victor Robinson II 4 months ago in Adventure
Report Story

SledgeHammer takes on a supernatural killer in a forbidden forest 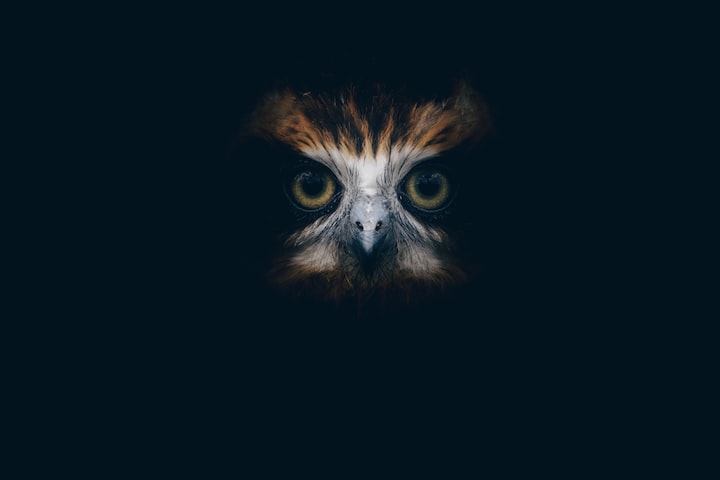 Photo by Des Récits on Unsplash

In 1991, After The Events in SledgeHammer: Good Vs Evil. Dr. Cameron Ford aka The SledgeHammer has been working with his best friend Brandon Madsen aka The Death Fighter who is a private detective who hunts the supernatural forces alongside his wife Mia who is a witch. Cameron's wife Rachel is a doctor who does research for a company that Cameron owns.

Brandon gives Cameron the case file of a recent case of a whole family slaughter. Brandon would have done the case himself but He planned going back home to Aracida City with Mia because she is pregnant and he wants to retire. Mia has been living in Aracida City for 6 months and Brandon is working on his last case, A serial killer named the Mauler. Anyway The Crowley family was on a camping trip in Evergreen Forest in Jacksonville, Flordia. The Family of six was found in pieces and was found being eaten by barn owls. Brandon pulls out cold cases of the other murders in the area and 15 murders over the last 20 years. Brandon found out there is a Cemetary at the end of the forest. Brandon reaches out to his friend Supernatural Expert Sam Summers to gain some more information about the forest.

Cameron gets ready for the trip to Jacksonville, Florida but not before he has dinner with Rachel at their favorite restaurant in San Francisco, The Tadich Grill. Cameron shows up at dinner in a blue tuxedo and Rachel shows up in a black and blue velvet dress. Rachel orders her favorite meal Cosompoliation salad and Halibut with Red Wine and Cameron orders Ribeye and New York Plate also with Red Wine.

Rachel tells Cameron that she had a breakthrough in the lab with using his super blood to kill cancer cells and she says It might be a cure for cancer but it might be side effects with having that blood which would give the patient some kind of superpower. Cameron says It was worth a shot but if there is a sick child who could benefit from this so-called cure then maybe it would be worth it. Rachel says I would think that you would expose yourself like that to the world. Cameron says Always thought what I had was a burden to hide from the world but in the world, Where I was from I was a weapon against our superbeings. But In this world, I can make a big difference.

Rachel is happy to hear that and Cameron grabs her hand and tells her that he got to go hunting in Flordia. She asks him to give them Hell. Cameron and Rachel return home and Cameron takes off Rachel's dress and lays her on the bed and he takes off his tuxedo. Cameron kisses Rachel's lips and they started to make love. The Next Morning Rachel wakes up in bed alone. Cameron is on his private jet to Jacksonville, Fl. Cameron meets at Crowley's wife's mother Hillary's estate to offer his assistance to find her family's killer or killers.

Sheriff Buck Taylor sees Cameron leaving Hillary's estate and he asked him what can he do that his department cant do. Cameron says I can go places your department can only dream of. Hillary comes out of her house and tells the Sheriff to leave Cameron's alone and let him do what he came to do. The Sheriff tells her that she doesn't have to pay that son of a bitch anything and Hillary says He hasn't asked for my money. Cameron says I am for Justice and he pulls out his card which has a government agency number on it.

Cameron sees it getting dark and goes to a local inn and he change into Sledgehammer suit and puts on his mask. He steps outside the inn and into the darkness and flies to the Evergreen forest. The Sledgehammer is standing in the middle of the forest and he hears loud music blasting and sees 12 teenagers partying around a fire. Sledgehammer looks up in the trees and he sees a flock of barn owls staring at him. A large creature appears in the darkness and watches the teenagers.

The Sledgehammer notices a real bad smell like rotten eggs and just like that one of the teenagers grabs pulls them in the darkness and ripped them to shreds with its claws and teeth. The owls fly away and the large creature shows up in the middle of the fire looking like a werewolf but not. The Beast grabs one boy by the throat bites off his face and toss him to the floor. The kids are running and screaming through the dark forest. One girl is left behind the Beast is stalking her and The Beast knocks her down and is growling with blood hanging from its teeth. The Sledgehammer comes flying at the Beast and he knocks the Beast through a tree. Sledgehammer tells the girl to run.

Mia is having her baby in Aracidia City at the same time. She feels that Brandon is getting brutally murdered by this so-called Mauler, He has been tracking. After she gave birth to her son Danny. Mia leaves him behind in the hospital to go find her husband's killer. Justine's Brandon sister calls Rachel and tells her that Mia is missing.

The Sledgehammer will be back

I am Victor Robinson II I am self publisher writer with Amazon. I enjoy writing books its relaxs my mind. I also work at wal mart been there 15 years hoping to survive as an author. I want to entertain the world with my awesome stories

More stories from Victor Robinson II and writers in Fiction and other communities.