by Millie Bauer 7 months ago in Excerpt
Report Story

A Life of the Wolf-Hart story, Chapter 2 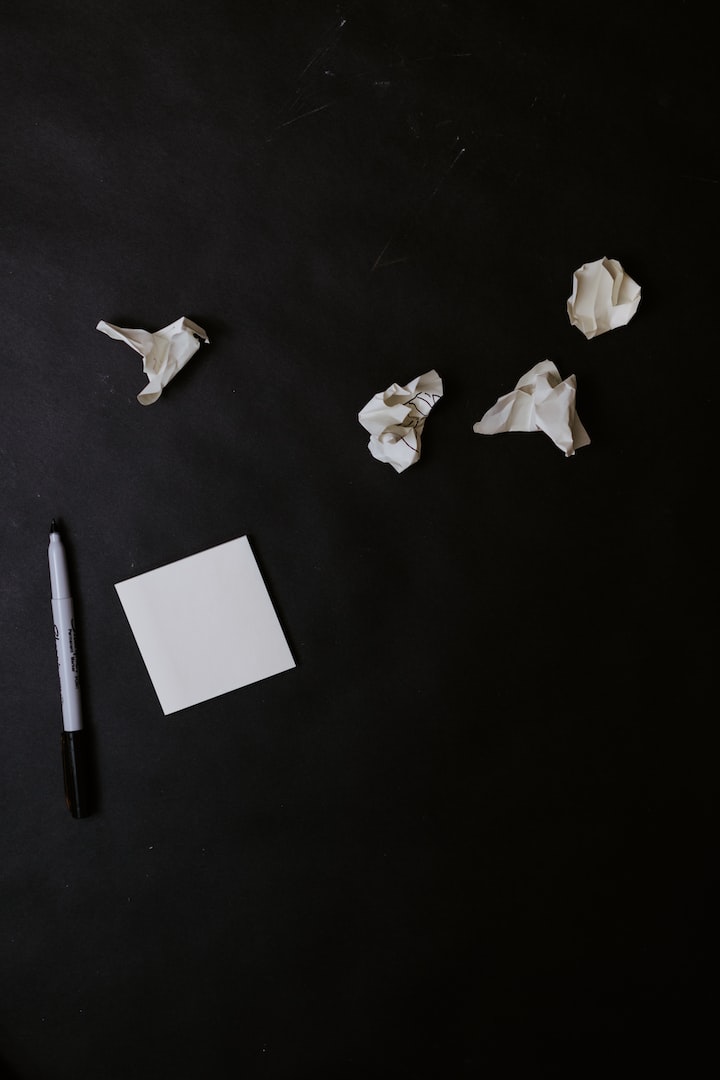 Jared and Lia barely talk on the walk back to the hotel. Lia holds back tears with measured breathing. Jared doesn’t want to push her. She’ll talk when she’s ready. He tells himself, hoping it’s sooner rather than later. They had just picked up her stuff and left that guy crying on the ground. Although it had only taken a few minutes to get there, the walk back to the hotel felt like it was taking an eternity.

Lia tries to make small talk, as if she hadn’t just nearly lost her life to her crazed ex baby daddy. She talks about how pretty some of the lighted billboards are. How nice it is that the hotel is such a short walk away. Finally, they make it back to their hotel room.

“Are you gonna tell me who that was?” Jared finally asks, as Lia carefully places her bag down on the dresser in her room. She knows she can’t keep it from him anymore. It wouldn’t be right, it wouldn’t be fair. Surely, he won't run? Surely he's better than that.

“I thought there was a restraining order!” Lia flinches at the sound of his voice rising. He takes a deep breath, and slowly approaches, his voice much softer “I mean…I thought he wasn’t allowed to get near you?”

“It’s not a restraining order. It's an order of no contact. And it only applies on campus.”

“But you don’t go to school anymore?”

“Carl does. And the order of no contact was through the school. The police didn’t think there was enough for a restraining order. He hadn’t contacted me since the order took place.”

Silence once again filled the room.

“So why did he come here? How did he know where to find you?”

“I don’t know. I didn’t tell him.” Lia buries her face in her hands and sinks onto the bed. She lifts her face slightly, so her eyes are peeking over the tips of her fingers, she’s breathing deeply into her hands, and has an absent look behind her eyes, which are now wide as dinner plates and starting off into the dimly lit corner of the room.

“Do you want me to turn on more lights?” Jared tries to be soothing, but it’s probably sounding more like he's annoyed.

“I’m sorry,” Lia takes her hands away from her mouth, her voice barely above a whisper. “We should just have a good rest of the weekend. Weren’t we going to order a movie? And room service? Let’s do that!” Lia is suddenly bubbly and cheerful. She bounces up and starts looking in circles for the remote or the phone.

“What? No, I want to finish this conversation first. Lia? Lia, we need to talk. Lia, knock it off!”

She collapses onto the ground, like a marionette with it’s strings cut, her legs are bent at odd angles. Her eyes are wide again. This time with fear. There’s something else behind those eyes, but Jared can’t seem to find it. He can’t find her in those eyes. These aren’t the eyes of the sassy bartender who would talk nerdy theories with him. These aren’t the eyes of the strong single mother who adored and doted on her little girl as much as possible. These eyes are dark, and closed off. Scared and sheltered. And full of so much regret, but above all else: terror. Jared takes another calming breath.

“Look, why don’t we just call the trip here? I’ll drive us back tonight. That way, we can put some distance between us and this creep, ok? Do you want to do that, Lia?”

“I’ll do whatever you want.” her voice is as empty as her eyes. Not her usual bright and cheery self. She obediently starts getting her stuff together.

“Do you want that?” Jared tried to ask again. Lia silently nods, forcing a fake smile on her lips, that doesn’t come even close to touching her eyes. “Ok. Do you want to sleep in the car? We can set up the back seat for you.”

“Whatever you want.” there's no life, no character left in her voice. She’s like a robot, just mimicking Lia. Or is this the real Lia? The one Jared has only even seen brief glimpses of? What else has she been hiding from me?

“I’ll go tell the front desk we’re checking out early. You might want to get changed into something more comfortable for the ride home, ok?”

“Whatever you want.” exactly the same as before. No life. No emotion. It's too calm, too measured.

“Look, I’m sorry for yelling at you. I’m a bit overwhelmed by all this new information. Why didn’t you tell me about Carl before? Why did you say he was gone?”

“I didn’t know…I didn’t think…he…would follow me….again…” her voice trails off. Still no emotion. Jared bites his lower lip and takes a deep breath through his nose, straining not to yell again.

“Ok. well, I guess we'll talk more whenever you're ready.” he walks out into the hallway, leaving Lia alone in the room, with nothing but her thoughts to keep her company.

The car ride was long, slow, and painfully empty. Where the ride just a few days before had been full of sun, music, and joyfully discussing the future. Now it was just quiet, dark, and weighed down by the heavy cloud of the past. Sure, Jared knew about the kid. He was willing to accept her for that. Obviously he knew an ex must be a part of that story. But Jared thought that the past was far behind them, but now…now he knew it wasn’t far behind them. This Carl guy, He wasn’t just some distant past mistake, he was a ghost. Haunting her. Haunting them. Would this guy stop coming back for her? He smashed her phone. He dumped her purse. He probably laid hands on her. Lia wouldn’t let Jared touch her all night. She finally fell into an uneasy sleep about 45 minutes before they pulled into the driveway at Abuelita’s house.

They picked up Jayna in near silence. Jared did his best to lie to the old woman, but it was clear, things were not ok. Jared let Lia sleep through the pick up. Jayna slept peacefully in her carseat the whole way home. When they pulled up to the apartment, he got out quietly, and locked the doors behind him. He made sure to park in a spot that he could see from the apartment. Then he checked the whole apartment. Nothing had changed since they left just over 48 hours prior. Jared carried Jayna, sleeping in her carseat, inside. Then he picked up the still sleeping Lia and carried her in as well. After making sure all the bags were inside, he gently kissed Jayna goodbye on the forehead. He did the same to Lia, but after his lips pulled away she giggled in her sleep. A small smile creeping across her lips. For a moment, Jared reconsidered leaving. Maybe he could stay? At least wait until she woke up, so they could maybe talk about this. That is, until she spoke. Mumbled in her sleep, she said “I’ll always love you, Carl.”

Jared’s heart sank. But he knew it was true. He grabbed a piece of paper and a pen and wrote a note for her. He left it on the fridge. He then grabbed his keys and left. Accidentally shutting the door a little too hard on his way out.

Lia startled awake by the sound of the door as Jared left. Once she got her bearings, she ran to the door.

“Jared!” she caught him in the hallway, as the first light of day was starting to filter in.

“Lia, I can’t. You should go back inside. I left Jayna in her carseat. I love you. Goodbye.” She didn’t even get a chance to see his face. She hurried back inside to get her daughter, but by the time she opened her door again, Jared was already gone.

Lia made her way back into her small kitchen. Where she found the note on the fridge.

I know there’s no place for me in your heart. This is not what I signed up for. I hope you and Jayna do well. Maybe someday you’ll find someone who can replace Carl in your life, But it’s clear that that person is not me. I don’t want to waste any more of our time. Good bye, Lia, and good luck for the rest of your life.

More stories from Millie Bauer and writers in Fiction and other communities.