by Isabella Diotte 6 months ago in Short Story
Report Story 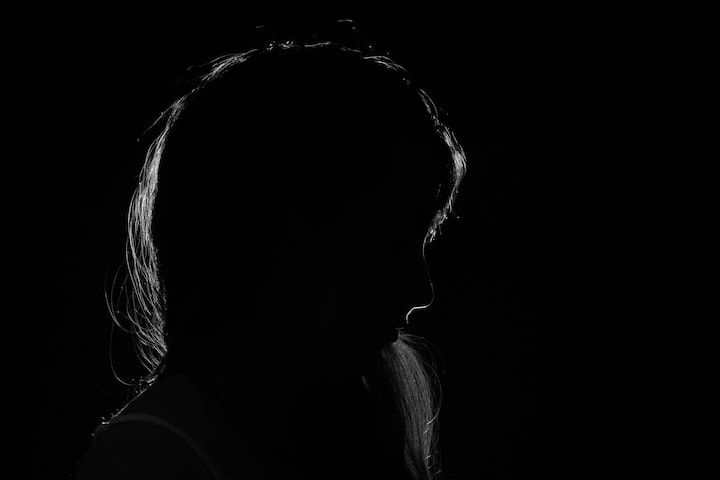 Photo by horacio olavarria on Unsplash

The distinct shattering of my blue ceramic plate is what finally broke me out of my uneasy trance. I diverted my eyes from the screen that had me so shocked, to the hardwood floor of my living room where shards of the plate I had been holding just seconds before lay directly in front of my bare feet. Sharp and dangerous, it was as if they were beckoning me to step forward; however, no cut no matter how deep would be punishment enough for my stupid insolence. It’s odd how your whole view on life can change in less than a minute.

I couldn’t have read it right, there must be an explanation, I told myself as I chanced one more glance at the TV hoping that I’d just imagined what I had seen. I didn’t. Her picture still took over the screen with the same suffocating word written in bold beneath it. Overwhelmed by the situation I fainted, falling to the shard-covered ground.

I could see, hear and feel but I couldn’t control. I’d asked myself where I was, a dream? No, that had been too kind of a description. This was a memory, a nightmare that would forever haunt my mind. A reminder of how cruel I had been over the years and all for what? The mere acceptance of my so-called “friends”? Although somehow, in the end, I wound up being the worst of the lot.

It was like seeing from someone else's eyes as I saw the me of yesterday approach, phone in hand and an arrogant stride to each step. Shame filled me as I watched my double walk by. I wanted to wrench my eyes shut as the events of the previous day unrolled before me, yet I still had no control of my body. No matter how hard I tried to close my eyes, to move my legs, it was just impossible. It had become painfully obvious that I was a mere spectator to my insufferable behaviour, even if I didn’t buy any tickets to the show.

The chime of the pharmacy door rang as a young girl walked out. My breath hitched in my throat as I watched the girl that I caused so much harm to over the last ten years of my life. She had blonde, greasy hair that had most likely been neglected for days. Paired with the disaster that was her hair, were dull brown eyes that seemed to be lifeless. She wore the signature grey oversized hoodie that she always wore regardless of the temperature outside and in her right hand she carried a shopping bag. Melanie Kim. The victim to the endless torment of my peers and me. Whether it was physical or verbal, the things I did and the words that I said to her day after day would fill me with undying shame.

Here it comes, I thought. My past self walked with her eyes glued to the phone that I considered to be a lifeline. With my double distracted and Melanie staring at her feet, they collided, neither having the chance to catch their balance as they toppled to the ground. This was the moment I said those hurtful words, words I’ve said a million times over to her in the ten years I knew her, words I regretted saying each time. But that was the first time I ever said those last four words, the guilt would haunt me for the rest of my life.

“Watch it freak, God you're such a pathetic dumbass, just go die already.” I wanted to scream, to run from my place on the sidewalk and grab my double by the ear and make her apologize with all the sincerity that I knew she felt. It had become too painful to watch.

My double’s eyes fell to the spilt contents of Melanie's pharmacy bag as she got up and patted herself off. There on the walkway were three different bottles; Tylenol, naproxen and aspirin, beside these bottles, was a brown paper bag that was open just enough to make out a glass vodka bottle. I’d known exactly what that combination meant, but I was so absorbed in myself that I cast it aside as a figment of my imagination.

“I’m sorry,” Melanie said barely above a whisper as she scrambled to get her recently purchased items out of my view.

Finally, at that moment I was able to move. I sprinted, I tried with all my might to catch up to her, but she just seemed to keep getting farther and farther away. Before I could get anywhere near Melanie, the world started to blur, and I was falling into an endless loop. The words that had been written in bold on the television rining in my mind. Bullying leads to teen suicide.

A girl who just wants to make her dreams a reality

More stories from Isabella Diotte and writers in Fiction and other communities.