The Key to Winning 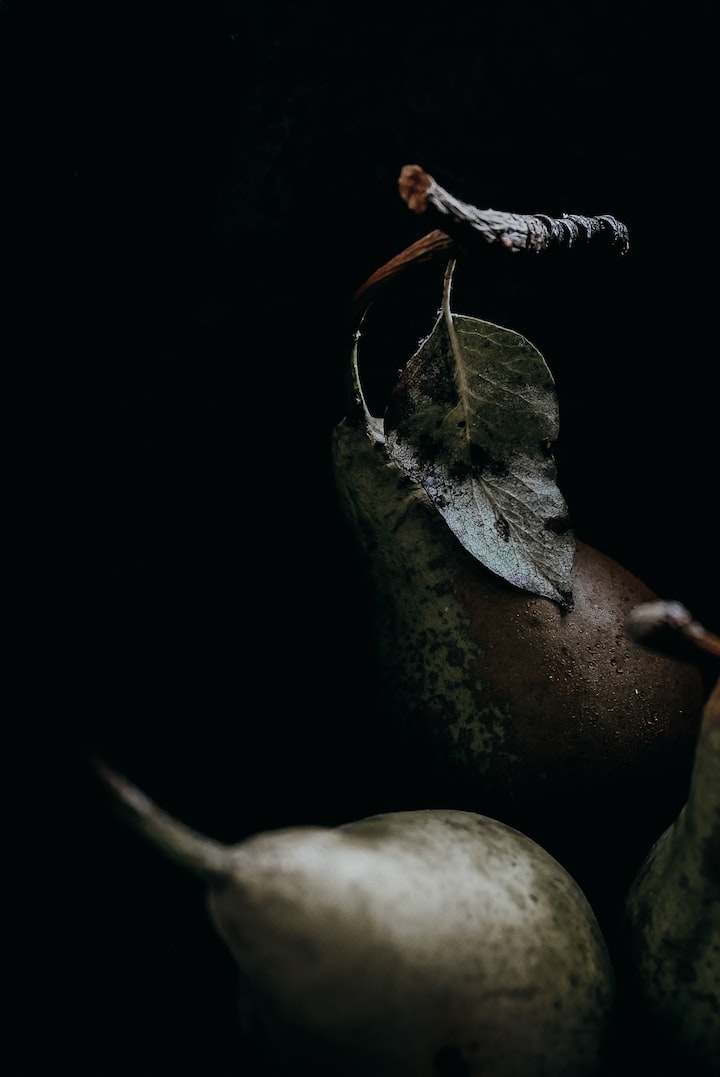 Photo by Anaïs MURITH on Unsplash

Liv couldn’t wait to join this year’s scavenger hunt. The rules were easy enough, find all listed items, snap a photo, and upload them to the website. This year would be special. For the first time, Liv was old enough to participate in the adult scavenger hunt, and she had had a new partner, her boyfriend, Ty.

Erie Falls started the adult scavenger hunt at nine o’clock on Halloween and it ended at the stroke of midnight. Her brother and sister did the Erie Falls scavenger hunt the last few years and told her how scary it had been, but she wanted to see for herself. If what they said was true, she and Ty would be touring haunted houses looking for the clues.

Erie Falls did Halloween right, even changing their name for the month of October to Eerie Falls. Liv laughed. She loved a good pun. Erie Falls had at least fifteen haunted houses, not counting the McCullough’s house. If you believed the rumors, Old Man McCullough haunted the house after he passed, not letting his wife out, or anyone inside, and turning anyone who looked at the house to stone.

Liv knew better. She used to visit Mrs. McCullough with her grandma and help her around the house and with the canning. Mrs. McCullough made the best pickles, sauce, and jams. He pies won the most awards. She barely went to the market, she cooked what she grew, both from the garden and the fruit trees. Liv remembered climbing the apple, peach, plum, and pear trees to get the best fruit.

Mr. and Mrs. McCullough did creep her out. The house was old and not well heated, and the basement had a dirt floor. She could still feel the chill from the cold room in the cellar. Hanging meats, jars on shelves, canning supplies, and pots everywhere.

The McCullough house wasn’t haunted, it was simply old and run down because no one lived there, and no one turned to stone. Even after all these years since the McCullough’s passed, the house still gave her the creeps. There was something about it. Walking past gave her the chills and a queasy stomach. She swore she heard voices and saw lights on in the garage attic and in the front bedroom. But that wasn’t possible. The house was empty, no one dared go inside, and the electric couldn’t work, the line had been cut.

Two weeks went by at a snail’s pace. Finally, today was the day. “Ty, what’s the plan for tonight?”

“Thought we’d grab a pizza and sign in for the scavenger hunt. Whadda ya say?”

“Pick you up around six.”

Liv couldn’t sit still. She paced her room, fixed her hair, put on makeup, took off her makeup, picked out five outfits—she hated them all—before she flopped on the bed. Focus. What would she need to win the scavenger hunt? She plugged in her phone and booted her computer, if her brother and sister told her the truth, she would need to know where all the haunted houses were.

After a couple minutes, she uploaded the haunted house locations to her phone and took her shower. She decided on jeans, her Flogging Molly tee shirt, and a black denim jacket, no makeup.

Ty picked her up in his Mustang convertible, and they went to Vinny’s Pizzeria. They ordered the Sicilian white pie with tomato, onion, and sausage, and iced tea. “This should be a fun night. I can’t wait until we get the clues and get started.”

“We have as good a chance as anyone. And I love going to haunted houses.”

“Good thing, I heard this year we would be going to all fifteen.”

“That’s a lot for the time they give us.”

“Again, you know we aren’t going to win.”

“Maybe not, but at least I get to do it with you.”

Liv finished her second piece of pizza and tea, and Ty finished the last slice. They had fifteen minutes before sign in started, and she knew Ty would get dessert. Vinny’s served cannoli and that was his favorite. She chose tiramisu.

After paying the bill, they went to the registration tent. The line wasn’t too bad, only a five-minute wait. They were given a sealed envelope with the items they needed to find, instructed not to open it, and told to go to the school auditorium for final instructions.

They chose their seats as close to the back of the auditorium as possible, Liv wanted a good start. After they were given instruction, they were permitted to open the list of clues, but couldn’t leave until the clock struck nine.

“Welcome foolish mortals, to the haunted scavenger hunt. Your adventure starts here. Prepare for your worst nightmare,” the announcer said.

Liv pulled out their first clue, and read it to Ty, waiting for the clock to strike nine.

They say that bats come out at night, they swarm, they may chase you and give you a bite. Find the bat that hangs in the barn on the hill, enter to get your first photo kill.

“Our first clue is easy. We’re going to the Vampire house at the edge of town. Good thing we have your car.”

Before Ty responded, the clock chimed, and everyone ran out. As she thought, they found their first clue and uploaded the picture to the site and started on clue number two.

Jack-o-lanterns light the night, their eerie faces shining bright. The knife that shaped them lies around, beware the haunted house and sound.

Another easy one. This clue took them to Straub’s Pumpkin Farm. Another picture uploaded, they were two for two.

They breezed through the next seven clues.

Look up to the sky, if you dare, beware the moon and say a prayer. The wolves are howling, the moon is full, go to the shed and grab a tool.

Bones scattered everywhere, around a pile of leaves somewhere. One of those bones holds a clue, Beware the owner wearing blue.

A spider crawls around its web, in a pyramid where it is spread. Below his web of doom and gloom, a mummy lies within his tomb.

Look in the sky for a witch on a broom, know that she is full of doom and gloom. She’ll come at you with her rat, make sure your picture includes you in her hat.

Black cats roam about at night, they hiss, they swat, they sometimes bite. Under the bed where they might hide, you will find the zombie bride.

Cauldron’s bubble, children hide, grab a picture if you dare go inside. Remember to stay close to each other, or else you may end up as their supper.

Perched in the tree in a branch above, a crow sits beside a its love. Under the tree a clown appears, his smile so scary it enhances your fears.

“You know, Liv, these clues weren’t as hard as I thought. But this last clue has me stumped.

Outside in the dark, under the pear tree, look for the front door skeleton key. Don’t be afraid of ghosts and witches, once inside you’ll win the riches.

Ty, this isn’t a haunted house or a business in town. I think they are sending us to the McCullough house.”

“It’s the scariest place in town. It’s been empty for decades. That’s the best place to end the scavenger hunt. C’mon, let’s go.”

“You can’t possibly be scared.”

“Absolutely not. But Old Man McCullough’s house doesn’t have electricity. There’s no way we’d get a good picture.”

“I’m sure they wouldn’t send us somewhere unsafe. Now, C’mon.”

“Fine, you’re right. They wouldn’t do anything that would be unsafe. Let’s get to my car. If we’re lucky, we might be first.”

They got in his car and headed down the dirt road to the McCullough house. None of the houses on the street had been occupied for years. Every one of them looked scary. No light made it worse. Liv pointed. “There’s the house. We need to get around back for the pear tree. Once we get the key and upload the picture all we need to do is go inside for our prize.”

Liv smacked him on the arm. They used the flashlight on their phones to see as they made their way around to the back of the house. The gate was open. Crap. Someone beat them here. Well, at least they’d get something for finishing. She pulled Ty through the gate and ran to the pear tree. Several keys surrounded the tree trunk. Liv found their key, snapped the picture, uploaded it, and the two made their way to the front door.

“Are you ready? I can’t wait to see what they have for our prize.”

Liv sensed Ty’s hesitancy. Honestly, the place didn’t look good to her either. Her hand shook as she put the key into the lock.

Liv didn’t want to be that scared girl. “Hear what?”

A dark, throaty, sound echoed around them.

“Don’t tell me you didn’t hear that.”

“I’m sure they planned that. This is the last clue. The prize is inside.”

Liv turned the key and heard the tumblers click. She grabbed Ty’s hand as she opened the door and pulled him inside with her. The place was pitch black. No one inside. Not good. This mustn’t have been the final destination. But the pear tree had the keys underneath.

Liv heard the door slam shut behind them. This couldn’t be happening. This was all her fault. She had to be first. To win.

Ty jammed the key into the lock and turned it. Liv’s heart beat faster. The air around her grew cold. Her hands shook. The door wouldn’t open. She took several calming breaths.

A light flickered in the driveway. They had a chance. If whoever came found their key and opened the door, they’d be able to escape.

“There is no escape.” The air grew colder, and Liv fought to breath. The floor beneath them gave way. They fell to the basement. A light came on.

“Congratulations, you are our winners.”