by Nora Davis 5 months ago in Short Story
Report Story 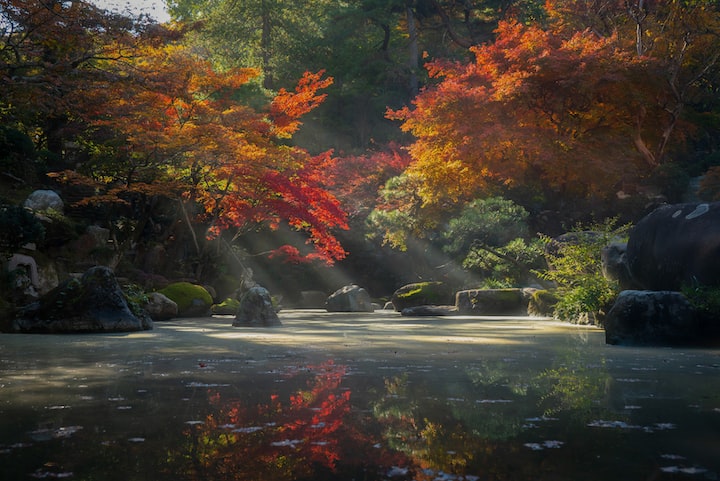 Photo by Lucas Calloch on Unsplash

Saffron’s little nose wiggled as she sniffed the clover and munched the green leaves, idly listening to the sounds of chirping birds in the tall trees above her. Morning was her favorite time. No one else was awake and she didn’t have to worry about the predators of young rabbits, just yet, anyway. She’d have her breakfast and hop around the neighborhood.

This field was her birthplace. Her burrow was warm and cozy tucked into the side of a hill. Her mom knew what she was doing when she picked this spot. No plows or mowers had been here in years—no predators lurked nearby. Saffron and her siblings were free to roam as long as they used caution.

The young rabbit was named Saffron due to her unusual color. Her mom told her she was an Easter bunny, because nobody else in the family had her unique yellow color. Saffron accepted the fact that her fur was light yellow, but she was a bit uncomfortable with it nevertheless. “I look pale,” she thought. Everyone else was sensibly brown. The longer she thought about it, the more she began to dislike her unique coat.

This particular morning brought her into a clearing where wild flowers grew abundantly. Heather, Queen Ann’s Lace, and Black-eyed Susan flourished in the open field. Saffron hopped carefully past all of them to a patch of purple thistles. One of the blooms had dropped from its stem and lay on the ground in the green grass. Saffron held her breath when she saw it. The most elegant purple flower she had ever seen lay at her feet. She picked it up. “How lovely it is. . . and how beautiful it looks next to my yellow fur!”

The violet thistle did indeed look exquisite next to Saffron’s golden fur. Both were enhanced by the color of the other. Thistle stuck tight to the young rabbit and she let it stay there. Just looking at Thistle made her feel beautiful and extraordinary.

When Saffron returned to the burrow, she excitedly told her mom and siblings about her exciting find as she held it out for everyone to see. They were all in agreement that she had found a prize.

From that day, Saffron never left the burrow without Thistle by her side. Her companion gave her confidence and she was surprised by how grand Thistle made her feel. She began hopping toward the pond each day just to look at the reflection and the contrast the two colors made.

Then, as summer made its way into fall, Saffron began to feel a tiny prickle as she hopped about the clover field. Hmm, I’ve never felt that before, she thought, as she looked down at Thistle. As the shadows fell that evening, Saffron could see that the thistle flower was fading. Instead of the brilliant purple flower, there were spikes she hadn’t seen before. Each day, the thorns grew harder and prickled even more, but she was accustomed to having Thistle by her side and she remembered how it once made her feel. Soon, the spikes were so sharp, a tiny bit of blood appeared against her pale yellow fur. She tried to pull the thistle away, but it held fast against her. Her attempts to abandon the weed were futile.

Saffron made her way down to the reflecting pond hoping to see Thistle as it once was against her golden fur. But as she looked at her reflection, a looming shadow appeared behind her, large and ferocious. Her fear sent her flying through the field into a thicket of blackberries. She was hidden in the tangled underbrush. Her heart beating fast, she looked around. She had escaped, but Thistle lay on the ground. The brambles had scraped the thistle and pulled it loose from her.

“Oh, my Thistle.” Saffron tenderly touched the hurtful thorns, all that was left of her beautiful flower, and mourned the loss of her companion. Without the purple flower by her side, Saffron again returned to the reflecting pond. How would she look with nothing by her side?

Sadly, she neared the edge of the pond and gazed at herself, without Thistle. As the water stilled and gradually reflected her image, Saffron began to see a different self with brighter eyes and a confidence that comes from enduring great loss. Her fur had deepened to a color that suited her. She liked what she saw.

Deep in the brambles, the thistle lay on the ground; but change was ahead for the once purple flower. Beneath the thorny spikes lay feathery wisps of fluffy white seeds that the wind carried away. Thistle began a new life just as Saffron began to welcome her own.

More stories from Nora Davis and writers in Fiction and other communities.