by Heather Cumbo 6 months ago in Short Story
Report Story 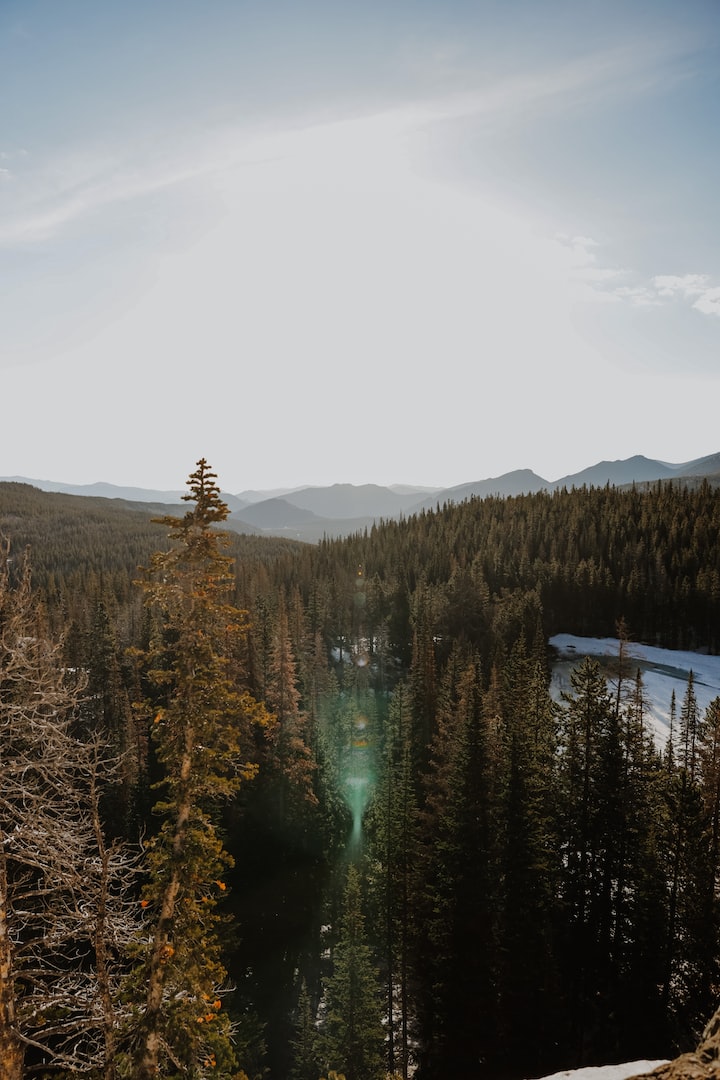 Photo by William King on Unsplash

A long time ago, in the time that was known as the 1960's, in the mountains of Virginia, lived a girl named Myrtle. She had an older brother named Henry. They loved each other very much and they both loved their parents and tried to help out as much as possible.

Myrtle liked to take her chore money and go to the local grocery store and buy the latest teen magazines. She dreamed of going to a Lovin' Spoonful concert or meeting Robert Redford. What she would give if she could dress like those girls in the magazines! She would do anything for a pair of go-go boots or to have her hair teased into a glorious beehive.

One day, her mama came home with a parcel wrapped up in brown paper. It was a surprise for Myrtle! This was indeed something special because Mama never wasted money on unnecessary gifts.

Myrtle unwrapped the package and beheld the most beautiful pair of stirrup pants. They were a rich dark brown color with beige diamond shapes. The diamonds were edged with bright orange and gold threads. Myrtle went straight into her room to try them on. She tugged off her old jeans and carefully slipped into the stirrup pants. She adjusted the stirrup straps until they were perfectly positioned in the arches of her feet. She strutted in front of the mirror. She looked wonderful! She looked better than Twiggy! She wondered what she would look like if she chopped off her long hair and went with a boyish pixie cut instead.

"You can't hurt my feelings, Henry," Myrtle said. "I look too marvelous to pay attention to your insults."

She wore the stirrup pants to school the next day. The day after that, she wore them again, but with a different top. All the girls were jealous and she thought she caught Tommy King staring at her.

She came home from school to find that Mama and Daddy were gone, but Henry was waiting for her in the kitchen.

"We have to pick tomatoes," he said. Myrtle groaned. The tomato plants were up a rocky incline and she didn't like wearing those ugly old boots to climb the hill.

Henry was already out the door and halfway across the yard. She grabbed her tomato bucket and ran after him. Henry turned around.

"You aren't going to wear those saddle britches to pick tomatoes, are you?" he asked.

She looked down at the loafers that she wore to school and shrugged.

Henry had no problems climbing the incline and was soon picking tomatoes from the little bed of plants. Myrtle struggled with her balance. She usually leapt up the rocks like a little mountain goat, but today, they seemed extra slippery. She planted her feet as firmly as she could on two rocks, but fell forward. She let go of the bucket and grabbed a tuft of grass with one hand and the root of a tree with another. The bucket tumbled down the hill. She looked up. She couldn't see Henry anywhere. The tuft of grass she was holding on to pulled out of the ground. She let go of the grass and grabbed onto the root with that hand, too. She looked at the tree that was now her lifesaver. It was a mighty oak growing on the side of a hill. Funny how she never really noticed it before. Suddenly, Henry jumped out from behind the tree.

Myrtle screamed and slipped. She fell down the rocky hill. She felt the cuts and scrapes as she bumped and rolled over the rocks. What hurt her the most, though, was the sound of fabric ripping. Her beautiful stirrup pants were ruined. She came to a stop at the bottom of the hill. She cried great big tears, not so much out of pain, but out of loss of her greatest treasure.

"Gosh, I'm sorry, Myrt," Henry said as he made his way down the hill and sat down beside her. Myrtle didn't want to speak to Henry. She sat in silence.

"Don't worry," Henry said. "Someday you'll grow up and move to the city. You'll wear fashionable clothes all the time. But if you ever decide to grow tomatoes, you now know to wear the proper clothing while picking them."

More stories from Heather Cumbo and writers in Fiction and other communities.