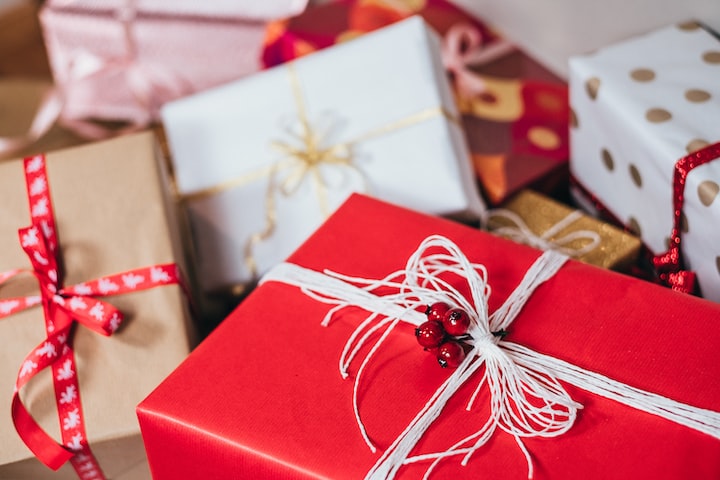 It was her brother, James, that had set everything up in the mountain. He made sure that Ines had everything that she would ever need after the people had left for New City. Being brilliant in technology, he had made efficient drones to do every kind of job, ever. He had found and used the technology all the techno geniuses had left behind. They couldn't take it with them. It was in the plans for them to start over, anyway. James only made two models, himself, and the ones that he made, made the others. The drones ran Old World. James had programed them to keep factories running, food production, plant life and care for all animals, ongoing. All but the animal care ran at a slow pace so that they would not be overrun. His gut instinct told him that everything would be needed one day. The last thing he did was give instructions to the drones to listen to Ines as she would be the one that they would soon be serving. He knew that death was near. He was feeling the effects of the vaccine. After he perfected the learning chamber, he quietly died in his sleep. Ines deposited his body in the death locker where James had specified.

Ines and Saeon were now on the train that would take them to Old World. They had made plans for their trip to New City. Ines had told Saeon about each of her children and grandchildren. She then asked him what would be the things that they would need most. He suggested that money would be the most needful and a gun to protect themselves with lots of ammo. They were still using the same currency and very little of it was in circulation. Ines decided to take them five million dollars each except for Sherri and James. She would take them ten million each to take care of their children. On their arrival she went to the Administration office and gave the order for the money, guns and ammo to the lead drone. She then asked Saeon if he wanted to get anything for himself while they were in Old World but he decided that they could get it when they returned. The drones had the money and guns packed and ready to go twenty minutes later. Saeon was amazed at everything that he was seeing. There were things he had never seen before. As they headed back to the train, Saeon told Ines that he wish that he could have met her brother. He was indeed a mastermind.

Saeon decided to land in the most deserted area of New City on top of the tallest building. This would insure that no one would know that he was back. He first unloaded his bike and went to where there was a public phone, about twenty minutes away so he could call a taxi. He then gave the dispatcher the address and told him to have the taxi there in an hour. This would give him time to get Ines to the place where he had directed the taxi to come to. She had packed everything in an old steamer trunk and disguised herself as an old woman. One hour later she was in place and the taxi pulled up at the appointed time. Saeon told the taxi driver that he would be taking the woman to the Black Hill Clinic and helping her get her trunk inside. He gave him five hundred dollars cash and told him that once he had gotten the woman and her trunk inside, the doctor of the clinic would give him another five hundred. He was ecstatic. This was more money than he would make in three months, and the taxi company had already been paid. Saeon was very anxious when the taxi pulled off. He would not be at ease until he held his Nessa safely in his arms again. After the taxi was out of sight, he got on his bike and went back to the helicopter to get Stone's head an the acid gun. He would complete his mission and hopefully resign his post.

Ines got out of the taxi and asked the driver to please wait until he went inside to get the doctor so he could bring the trunk in and get the rest of his money. The driver was very polite and said he would be happy to wait. After she got inside she saw that there were about ten people sitting in the waiting room and a young girl sitting at the receptionist window. She went to the desk and asked for Sherri. The receptionist told her that she would have to fill out paperwork and wait. Ines then pulled an Id from her purse and gave it to the young girl and asked her to give it quietly to the doctor. The girl didn't seem too pleased but went into the door of the inner office to do as she was asked. Ten seconds later they heard a loud bang of something being dropped and the girl rushed out and asked Ines to follow her. Once inside she took her to what seemed to be a conference room where Sherri was waiting. the young girl left out and closed the door behind her. Ines looked at Sherri with tears in her eyes and began to unwrap all the trappings of an old woman as Sherri rushed to her crying and hugged her. Baby, I brought some things for you and the boys that I was told that you might need but it's outside in the taxi. Can you have the driver to bring it in. I want you to also give him this money he was promised. Sherri took the money and went out to pay the taxi driver. Five minutes later the driver brought the steamer trunk in collected his money and asked them to please call on them again. Sherri then called the receptionist to send all the remaining patients to Doctor Mallory. She then called her brothers and asked them to meet her at her apartment. Just in case someone was listening she added, Ines is here. She needs to see you. We'll be at my apartment in twenty minutes.

Ines and Sherri had been inside Sherri's apartment about thirty seconds when there was a knock at the door. Sherri quickly went to the intercom and said. "Identify!" "Mark 072571, James C. 101284, Kevin 110685. Identified!" answered the brothers. After the door was opened the boys rushed over to their mother, showered her with hugs and kisses and took out their cameras to take pictures of the moment. She told them that she couldn't be there long because she was going back to her mountain in a short while. Then she sat down with them to tell them the what, where when and how that she was there before them, and to give them what she had brought for them.

Saeon had entered the council chamber and reported to the debriefing room to give his report and turn over all collected data and evidence. Now that he had finished his assignment he put in a request to see the decision board and resign his post immediately. After completing all the paperwork, he was told to wait as that request had to be approved by the president. After ten minutes the paperwork was sent back stamped, 'DENIED' and he was told to report immediately to the President's office. On entering, Saeon was told to stand on the truth stage as he answered the president's questions. When the examiner asked him why he wanted to resign, he answered that he had met and married a wife while he was on assignment who had helped him in completing his mission. She lived comfortably in her own space about six days ride outside of New City and he wanted to go back and live with her. The president then spoke up and asked if she was affected like him. After Saeon said ,no, He said to bring her in so he could take a look at her. Saeon then told him that she did not want to be a citizen of New City and that she was quite happy where she was. He also told him that she had many things that would be very useful to New City and that she wanted to share everything. The president then supposed that she was rich and that was why Steel had married her. He then told Saeon that he would think about his request to resign and let him know in about a week. After Saeon left he told he security team to conduct full scale surveillance on him and look for the transportation he came in on. Saeon went to his house, fully aware that he was being watched. He was used to it by now. He showered, and turned on the heated body doubled duffle for heat security sensors and went out the shielded tunnel exit to get to his Nessa as quickly as possible...