by Margot Lambal 6 months ago in Short Story

No matter how far we run, we’re too valuable to be free 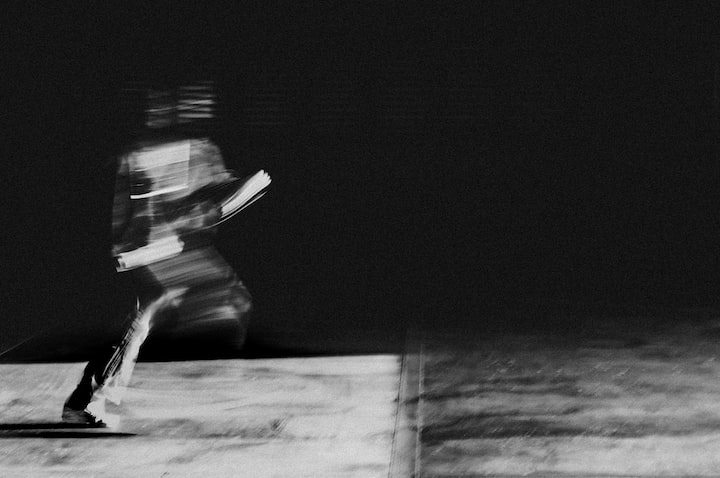 Photo by afiq fatah on Unsplash

Your body is a cage. Your power, a raging Bull.

As my feet hit the ground running, those words from my childhood rang in my mind.

My heart was pounding, my vision was narrowing. Worse, the Bull was rearing its ugly head.

It was too hard to hold back that ugly beast underneath my skin and breathless from the full sprint I had reached to snap back that I had no intention of stopping.

It was always hard holding it back in dire situations, knowing that if I just let the power have its way we’d be out of this mess in no time at all. But it would be worse for me in the long term to let people see.

Being a known Resetter was bad enough, don’t need an Irregular mark in my file too, you know?

People pay for that kind of kid.

Even more than Lincoln had already paid for us.

The shouting of his men behind us was almost blown back by the wind as we ran. They were getting closer, but not close enough. Yet. Running a straight line for any longer would only make things easier for them.

“This way!” I cut a sharp corner into an alley I knew led out to a busier street. Hopefully we could get lost somewhere in there.

It was a mistake. She was waiting there.

As we flew down the alley, a silenced shot rang out behind me and I heard Rhya scream out. I swung around just in time to see Rhya collapse and behind him, she was there.

Misty. She was one of Lincoln’s higher ups. An Irregular, rumors suggested. Foresight.

It looked like that was true. She knew we were coming, and she knew where to aim.

Rhya’s name was tearing out of my throat as the Bull roared inside me. The red staining the pavement was like a waving flag to my power, stoking my anger and coaxing away my control.

“No way in hell!” I shouted back at him. I lunged forward as Misty stepped forward so that she loomed over him but stopped short when she pointed the gun at my face. Stay where you are, it warned. She gazed down with professional dispassion as Rhya choked and bled at her feet. His eyes never left mine.

“Please,” Was the last thing he said to me, and then he was gone.

“Sorry about that,” Misty didn’t sound sorry at all. “Had to be done.”

“He’ll live,” She said dryly. “I know you’re both smarter than to think you were really going to get out of here freely. Lincoln’s not that kind of guy, and neither are we.”

She flashed a badge and my stomach dropped. Resetter Affairs Authority. She was a mole.

My panic and anger flared, power bucked underneath my skin. But if she was RAA the last thing I needed was for her to clock me as an Irregular. And if I killed her, they’d find out how and hunt us for sure.

We were stupid, thinking that getting away from Lincoln meant we could live normal lives. Someone will always want to use us.

“This one’s coming with me either way, I know you won’t make it carrying him dead,” Misty said. “So you can either come with me with him or I can hand you back over to Lincoln to stay on his good side.”

I was in it deep. Rhya’s lifeless eyes stared past me and the blood soaking his shirt made my stomach roll. I couldn’t leave him alone.

“We don’t have all day,” Misty snapped.

I knew she was right. I could hear the shouts of our pursuers closing in. My options were limited and she knew it.

She flashed a grin at me like a predator finally having its prey, “Good choice.”

She moved so fast I barely saw the gun in her hand move, only caught the silenced bang! Moved my hand as the power thrumming under my skin took control in panic, but not in time.

I came back in a strange bed. More comfortable than my last bed which was nice, but it’s still unsettling to die and wake up god knows where.

I opened my eyes and adjusted to the light, finding a high wooden ceiling looming over me and warm sunlight streamed in from all around. I didn’t have much time to take in my surroundings because-

“Reki!” Rhya lurched into my line of vision and lunged to pull me into a rough hug.

I was so overcome with relief that I couldn’t even bring myself to complain. Even though we reset, having to watch him die…

I never want to see it again.

“Rhya,” I gasped into his shoulder. “Don’t ever do that to me again.”

“No!” I interrupted him and pulled back so that I could look him in the eye. “Never ask me to leave you like that again, you asshole!”

“You should have run,” Rhya shot back, meeting my gaze unflinchingly. “You could have made it. I wanted you to get away from this, that’s all I’ve ever wanted. If they find out you’re…. they’ll never let you go.”

“I wouldn’t make it ten feet without you,” I insisted. “And I don’t want to either.”

His gaze flickered then.

“Where are we exactly?”

“I don’t know the specifics,” Rhya admitted. “They brought us dead so that we wouldn’t know where we are. I only know we’re at an RAA base somewhere near the city. I came back last night and Misty told me they’re recruiting us for her mission.”

“She’s a mole for the RAA,” I remembered. “She’s infiltrated Lincoln’s crew.”

“Yeah,” He said. “We’re going to help her take out Lincoln.”

Read next: Across The Threshold