Recent Gossip From The First Office of Incipient Notifications

The finest in intergalactic bureaucracy 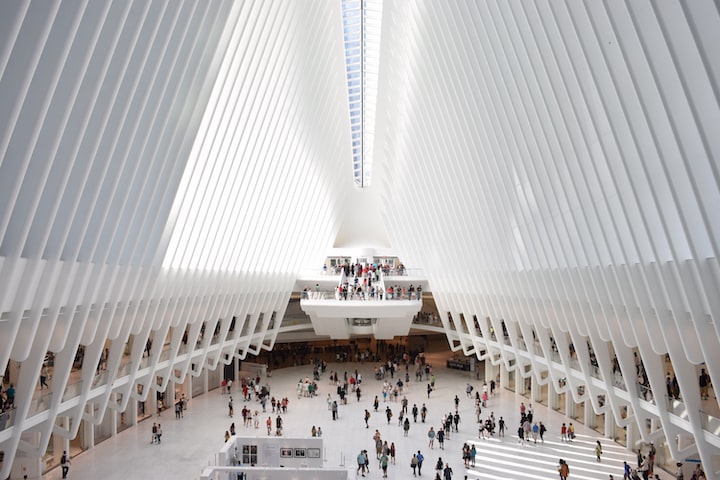 Photo by Camila Ferrari on Unsplash

Not one of the 32,529 employees who worked in the head office of the Bureau of Interstellar Intrinsic Awareness knew when, exactly, the suspicious package wrapped in brown paper had appeared.

But there it sat - the unremarkable colour of sand, crinkled in a way that implied the paper might have been repurposed. Seeing as how it wasn't addressed to any particular office or person within the Bureau, not one of them dared to open it or even touch it, lest it belonged to someone Higher Up who might begrudge them their irreverent audacity.

No one knew who was the first to notice or mention the package, but a slow buzz had been building about the office for several days. Normally, one of the four dozen Executive Assistants to the First Office of Incipient Notifications (F.O.I.N.) would have redirected it, but Senior Vice Administrator Xthandis had been especially touchy of late after his home planet was devoured by a newly birthed black hole, and none of them wanted to provoke his legendary ire.

As a displaced Infernaltarian, Xthandis had been known to burst into flames when upset, as the Department for the Spiritual Rejuvenation of Decrepid Asteroids had learned to their dismay. Repairs were ongoing, and meanwhile, they all had to work in the basement, which had poor ventilation and no bathrooms.

"Do you think it was sent here by accident?" whispered Jeanne, Second Undersecretary to the Lead Executive Assistant of All Things Brown. It seemed to fall under their jurisdiction by virtue of its colour, though she'd overheard a few other employees refer to it as "beige" and was feeling particularly nervous ever since her last unfavourable performance review.

"Nothing arrives here by accident," replied Carol, who was privately celebrating her 48th year as the Senior Administrative Corroborator with a coffee mug full of tequila. It was a poorly paid position but had excellent ancillary benefits, such as dental.

Nobody second-guessed Carol, who was responsible for rubberstamping nearly every interoffice memo that left the 22nd floor. Without her seal of approval, a memo might remain forever adrift. Deprived of monetary compensation or any other encouragement whatsoever, Carol expressed her feeling of hopelessness by consistently making others still more miserable than herself.

Pouring himself a real cup of coffee nearby, Jackson jumped into the fray, "I've heard it's a test from the Higher Ups. To see just how inefficient F.O.I.N. really is. A slew of terminations hovers on the horizon, if you ask me." Nobody ever did ask him, though that didn't seem to stop him from offering his unsolicited opinion on everything from the new office letterhead to the sartorial decisions of his female and non-binary coworkers.

Giving him the narrow-eyed stare of a murderous cat, Carol discreetly slid the memo he'd recently placed on her desk into the garbage chute. That'll teach the little prick, she thought smugly, feeling like her 48 unfulfilling years for the Bureau were not entirely wasted.

"Anyway," she said as though he hadn't spoken, "It does have the Bureau's address written on the underside, just nothing more specific."

"You touched it?" Jeanne asked, appalled. "What if someone finds out?"

Carol gave Jeanne a look so withering it shrunk her uterus, ending all future hope of the children she had prayed for daily to the Great and Glorious Extrinsic Awareness. She wouldn't find out, however, for another 13 months when she finally got to see the fertility expert on Beta Planetoid 422. (Their waiting list was long but their expertise, worth it.)

"I had to move it, Jeanne. It was on top of last month's Intrinsic Awareness MacroExpansion Projection Report. You know how the Third Office of Incipient Notifications needs to have them promptly on the 1st of the month! I put it right back once I was done." She lowered her voice to a conspiratorial whisper, "It was soft, you know."

"What's soft?" Bernadette's nasally whine cut into the conversation. She'd been watching its development from across the "open concept" office intended to encourage collaboration but which really only served to create more gossip, distraction, noise, and confusion.

Bernadette had resolutely kept one of her three eyes on Jeanne nearly continuously ever since they'd made out at the last office party. Jeanne had claimed she was "only going through an experimental phase" and kept the young off-worlder at arm's length in the office, all the while sending a series of escalating sexts that only served to inflame Bernadette's budding passion all the more. Bernadette had read the stories about Jackson inadequately scrubbed from the bathroom walls, and she moved to intercept his obvious attempts to steal the newfound love of her life - That asshole.

"Is it Jackson?" she added with a chuckle, hoping to end definitely his obvious and underhanded pursuit of her lady-love.

Jeanne blushed endearingly, thinking of the ménage-à-trois scenario she had sexted just that morning. "The brown package, Bernadette," she said, trying to layer into the one name a hint to redirect the conversation with all the subtly of a beluga whale.

Jackson, meanwhile, had flushed an apoplectic crimson and was wondering, Do all these fracking women get around and tell each other the embarrassing things that just, like, sometimes happen, Baby, You know I just had one too many drinks, It isn't normal, I mean it is, but it doesn't happen to me, normally, It won't happen again, Please please please can we have another date next week I promise I won't have so much to drink?

Lost in the distressing thought, his jaw clicked up and down as though it were an empty stapler, the sound blending into the endless hum of typing that filled the air like an enormous, concrete beehive.

Scenting frustrated desire and humiliation in the air, Carol "The Shark" dove in for the killing blow. She took a swill of her cheap tequila and leaned over to pat Jackson's arm with a false and hollow commiseration, "There are plenty of pills for that these days, you know. There's no shame in it."

His look of utter desolation was better than any real prize she might have received.

"Oh, the brown package," Bernadette redirected with a wink, so flush with her evident victory that she felt no further need to disgrace her rival. "I overheard Alexis from the 23rd mention that it was sample handkerchiefs emblazoned with the company logo."

"Alexis the Second Assistant to the Junior Vice-Chancellor? Or the one with the you-know-what?" Despite her resolution not to partake in yet another disastrous interoffice affair, Jeanne was now feeling amorous and casually leaned her breast against Bernadette's arm. She was rewarded with a glazed look of lust in Bernadette's three silvery eyes and the flush of excitement between her own thighs. How did Bernadette's species mate, anyway? she surprised herself by wondering.

Just then, the all-too-familiar bellow of Senior Vice Administrator Xthandis halted the eternal clicking of keys across the 22nd floor. In light of the incendiary debacle with the Department for the Spiritual Rejuvenation of Decrepid Asteroids, Carol briefly considered pulling out the flame retardant blanket she kept in the third drawer of her desk, but the quarter bottle of tequila she'd already consumed had gifted her the staunch heart of a plucky if foolhardy lion.

Into the newly fallen and terrified silence, Xthandis waded like the hippopotamus he vaguely resembled. "Has anyone seen it?" he hollered vaguely.

All eyes turned to the suspicious package wrapped in brown paper in the fervent hope that both the mystery would, at last, be solved and the fury of their highly combustible leader appeased.

Following the frozen trail of gazes to the package, the Senior Vice Administrator picked it up with such careless indifference that the office took a collective intake of breath as loud as a collapsing star. The Infernaltarian gave the brown paper a once over with a heavily furrowed brow before tossing it down the garbage chute next to Carol's desk.

"No, you imbeciles. Not that junk," he said with the misplaced confidence only a Bureaucrat can muster. "My stapler."

More stories from Danielle Loewen and writers in Fiction and other communities.