by Cleve Taylor 10 months ago in Fable

A Fall on the Pond 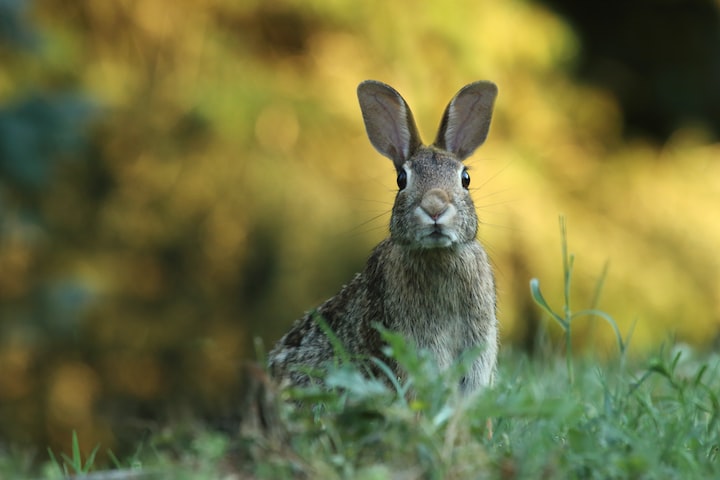 Photo by Gary Bendig on Unsplash

Locals and weathermen all said that this year was the coldest on record for Cleveland and the surrounding area. Teresa had no trouble believing that as she carefully maneuvered through fresh snow, knee deep in places, as she followed rabbit tracks, hoping to capture the cottontail as it flailed in the soft snow. She had read somewhere that rabbits lost most of their maneuverability in fresh snow over six inches deep, and the forested snowscape in front of her certainly qualified. If successful at capturing it by hand, Teresa planned to surprise her invalid grandmother with rabbit stew.

Nana often spoke wistfully of hasenpfeffer stew that she had eaten as a child in Germany, and Teresa, though only eleven years old, felt responsible for taking care of Nana ever since her widowed mother had gone off to work one day last spring and never returned. Nana got a small Social Security check each month, but even though they had no mortgage on the old farm house in which they lived in the far exurbs of Cleveland, the Social Security check barely paid the co-payments on Nana’s heart medications.

Teresa edged past frozen briars that grabbed at her red checkered neck scarf and mittens, keeping her eyes focused on the distinctive rabbit tracks. She smiled to herself of her first memory of seeing such tracks near their back door when she was but six or seven years old. She thought they were tracks from a really big dog, but Nana told her it was a rabbit, and duplicated the tracks with her hands while showing Teresa how a hopping rabbit made such tracks.

The trail broke from the bushes and the tracks crossed over a frozen pond. Teresa did not hesitate following on the ice. There was even ice on the lake; the pond probably had ice a foot thick. The snow was thinner, though, because the pond was exposed to the elements and windswept to the point that the snow cover on the ice was little more than a light crust.

She could imagine the rabbit picking up speed on the ice so she started to run to close the gap with the rabbit. Suddenly she could feel her boots slipping on the ice as they lost traction. Twisting to keep from smashing her face on the ice, she instead hit the side of her head on the ice with the combined force of a running fall and the sharp twist of her head to protect her face.

Her heavy winter clothing protected her body, but her head was exposed.

Doctors would probably say she was concussed, especially since a hairline dribble of blood bled from her left ear.

Woozily, she began to shake off her dizziness. Her vision began to clear and the first thing she saw were whiskers, then a twitching nose and big eyes. She realized that a rabbit was closely examining her.

“Why were you chasing me?” the rabbit asked.

Teresa couldn’t tell the rabbit she wanted to cook him, and anyway, he looked too cute to eat, so she stuttered, “I, uh, I wanted to take you to meet my grandmother.”

“Oh, and why was that,” the rabbit questioned.

“Well, uh, I, uh, that is, she believes rabbits are magic, and uh, could make her well. She’s always carried a rabbit’s foot for good lu…, I’m sorry, I shouldn’t say that.”

“You are right about that, it certainly wasn’t lucky for the rabbit,” said the rabbit, cocking his head and eyeing her. “Humm,” added the rabbit. “Pray tell what is wrong with your grandmother.”

“Her heart, the doctors say. But she has pills for that and they don’t seem to help.”

“Hello there” came a shout from a couple standing at the edge of the pond. “Are you okay?” and came out on the ice toward Teresa.

As they approached, Teresa looked around for the rabbit. He was nowhere to be seen, but there were rabbit tracks where he had been.

The couple, making sure Teresa was all right after her fall, walked her back to the gate to her farmhouse and watched her as she went through the gate.

To Teresa’s surprise, Nana was standing in the doorway in her apron holding a big wooden spoon in her hand. With a big smile on her face Nana excitedly said, “We are having lamb chops for dinner tonight. What do you think of that?” as she lifted Teresa in a hug and twirled her around.

As she was being hugged Teresa saw a rabbit running toward a loose board in the fence when it suddenly stopped, turned around, and she would swear, winked at her, before scurrying under the fence and off into the woods.

“Nana, you are not going to believe what happened to me,” Teresa said to her grandmother.

“Maybe I will,” Nana said, staring off toward the wood and waving goodbye to no one.

Published author of three books: Ricky Pardue US Marshal, A Collection of Cleve's Short Stories and Poems, and Johnny Duwell and the Silver Coins, all available in paperback and e-books on Amazon. Over 160 Vocal.media stories and poems.

More stories from Cleve Taylor and writers in Fiction and other communities.