Quest of A Reluctant Adventurer

by Raphael Fontenelle about a month ago in Adventure
Report Story

Being an adventurer wasn't what Crispin wanted. Unfortunately, fate has other ideas. 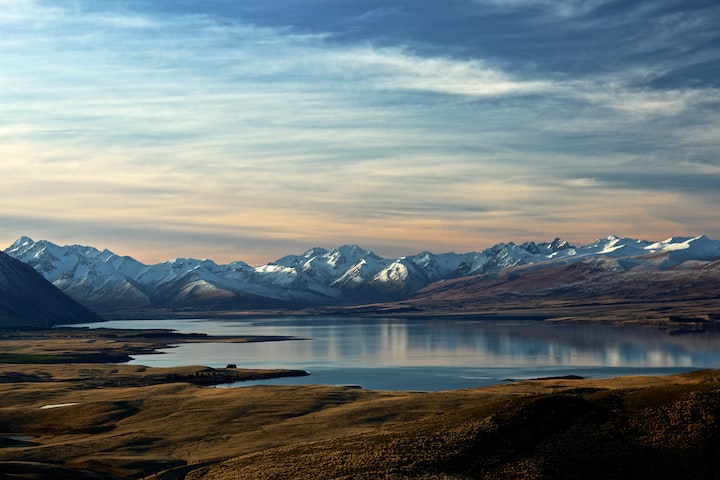 Photo by Tobias Keller on Unsplash

There weren't always dragons in the Valley. Yet, to his surprise, there were at least five spotted in a week. This wasn't the most strange thing that Crispin had come across in months. Far from it if he was going to be honest. But, it was still something to be surprised about. And he wasn't entirely sure to whom he needed to tell about it. Or if it was something to be worried about. Yes, there were more dragons than he'd ever seen in his lifetime. Some of which looked as if they were nearly full grown.

But, none had stolen cattle or sheep so far. And hadn't caused any damage to the nearby town. So, what would be the harm in leaving them where they were? It seemed wiser to leave them as they were.

In Crispin's mind at least. As there seemed to be no real risk in doing so. Yet, he couldn't shake this feeling of dread pooling in his stomach everytime he spotted a new one. Everytime that a new strange thing made its presence known. It was something that shouldn't be ignored. Despite how much that he wanted to ignore the whole thing. Ignore it, go home, and go on with his life. But, he knew that this was just the beginning of something terrible. Taking a deep breath, he headed towards one of the town officials, Jasper Darkson. Feeling that he should know there were more dragons in the valley. That way he could do something about it. And that Crispin wouldn't have to do it either. Quickly, he pounded on the door. Chewing his bottom lip as he took a step back from the door. A moment later, Jasper was standing before him with a book in his hand. Clearly, he wasn't expecting a guest to come over. Looking down at the younger man, Jasper asked,"Yes, Crispin? Is there something I need to help you with?"

"There's more dragons in the valley than last week.",Crispin informed. It wasn't the way that he wanted to tell his official. But it was the best way that his over-thinking brain could put it. Giving a tiny smile as the older man tilted his head to the side. Confusion taking over his expression as he stared deep into Crispin's eyes. Setting the book he held down on the tiny table nearby. Jasper questioned,"There is huh?"

"Show me.",he demanded. This wasn't what he anticipated would happen at all. Crispin didn't want to go back to the Valley. As he really felt going right to where the dragons were, wasn't a wise decision. But, he knew full well that Jasper should see the dragons. That he probably knew more about them than the younger man did. And knew the proper way of handling them as well. He nodded a little as he turned towards were he last saw them. Walking briskly as the older man hurriedly followed after him. It wasn't long before they were near where the dragons were laying out. There were at least three more than the few minutes that Crispin had been there. Not very big ones but, still way more than he had previously seen in his lifetime. His stomach twisted as Jasper took in the sight before them. Nodding his head with a serious look on his face. Arms crossed tight against his chest as he looked at the creatures before them. In a low voice, he informed,"This breed doesn't usually come down this far down the mountain."

"The weather is fair too warm for them...what could have made them move down.",Jasper muttered. That was what Crispin was fearing the most. These dragons definitely weren't local and he already knew that. Which meant there, of course, was something much larger at play. And that they were definitely going to have to do something about it. Looking at the town official, Crispin questioned,"Do you think it has to do with the rest of the strange going ons in town?"

"Clearly. It's too much of a coincidence for it not to be.",Jasper answered. Looking just as uncomfortable as Crispin felt. It was clear that he knew something was up and it obviously was bad. Just what exactly was the problem? What could have made the creatures come down from the mountain? Just what was any of this? Raising an eyebrow, Crispin stated,"I take it that this means something big is coming."

"Something so big that it requires a band of heroes to stop?",he questioned. That was more of a joke than anything at all. As if there was anything that a group of people could really do against whatever this situation was. Just who in the world would be dumb enough to go out and seek the forces behind that? Jasper looked over at him with a half smile on his face. One that meant what he said wasn't entirely off the mark and Crispin frowned. He really was going to get a group of heroes to solve the dragon migration problem? Along with whatever else was going on in town? Crispin groaned,"Don't tell me that's exactly what's needed for this?"

"Oh, indeed it is. And I already know one of the people who'll be needed.",Jasper informed. A wicked smile growing on his features as the younger man stared up at him. Surely he didn't mean him. What in the world could Crispin do in this situation? Looking him dead in the eyes, Crispin snapped,"You better not mean me. I'm not going on some stupid quest to find out why these things are happening."

"I'm not anywhere near capable of doing something like this!",he insisted. There was no way that Jasper could force him into this. And no way he could possibly convince him either. Jasper gently gripped his shoulder and gave a little squeeze. Calmly smiling, he stated,"Now, now. You're a lot more useful in this than you can possibly dream of."

"I promise Crispin, you will not regret this little journey.",Jasper added. Calmly turning Crispin back towards the town. Firmly and gently forcing him to walk with him back towards the official's home in complete silence. Or rather, Jasper doing all the talking. Telling him all about what the 'quest' would entail. Along with the others that he was to gather to join them. Crispin had tuned him out half-way back towards his home. His stomach dropping further and further into his feet as they walked. Hoping that he could think of ways to talk Jasper out of making him come with him. And praying that one of them would work.

More stories from Raphael Fontenelle and writers in Fiction and other communities.