by James U. Rizzi 7 months ago in Sci Fi
Report Story 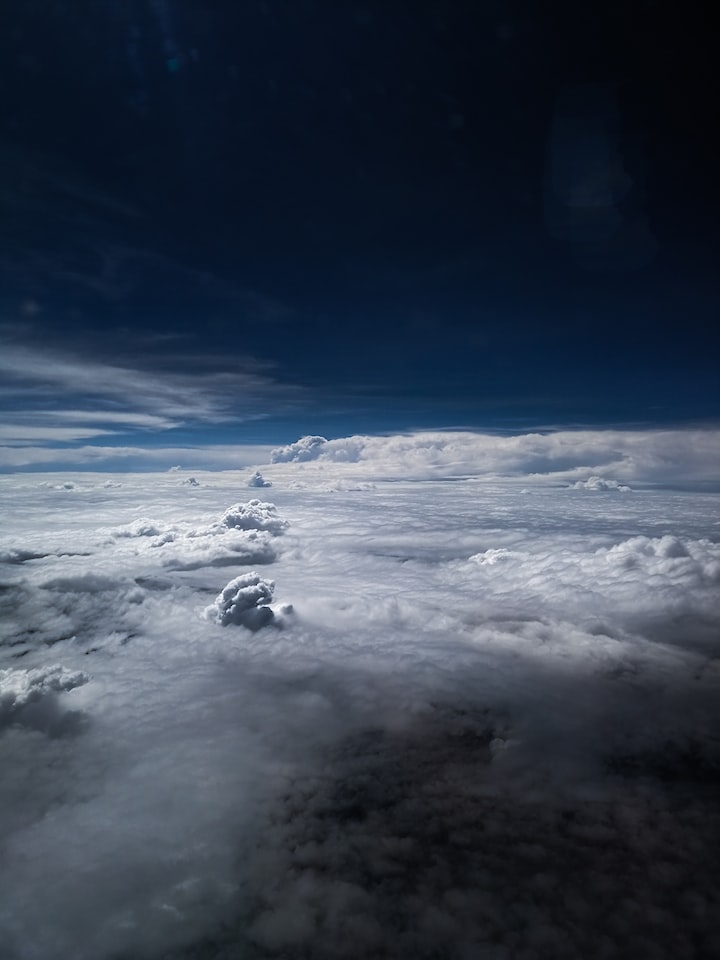 Photo by Kendrick Fernandez on Unsplash

We've entered the fifth day of exploration on planet X-29 in the Canis Major Dwarf galaxy. Preparing to do a space walk at 1200 hours. From all points of interest and interior testing the viability of habituation seems fair to good. Air quality is at a 43 with low amounts of micro dust and or other air pollutants. Compositions of the atmosphere seem to be mostly oxygen rich, suggesting the possibility of other life forms already existing. Hypothesis still pending on the basis of no visual confirmation. Noted from entering the planet's atmosphere, a majority of the visible surface is liquid water. Dually noted upon landing, a large amount of that presumably liquid water is in a solid frozen state. Leaving the unknown variable of a habitable zone in question. More conclusive testing will be established during the afternoon's walk. Planet X-29 is orbiting a high mass star so the foreseeable habitable zones will be tidally locked. Gravity is pulling around 3.719 m/s squared, about the same as Mars and around 36% that of earth. Excluding the near freezing temperatures, low gravity, and slightly thinner air, there is a possibility of sustaining human life, with the accompaniment of our Biosphere buildings to insure maximum safety. More exploration and study of planet X-29 will be needed to be completed for a more reliable conclusion.

For our sake and the sake of the future I can only hope that we found our new home.

“Ok Captain, communication test at a hundred meters from the vessel.”

“I hear you loud and clear team leader, Alex is measuring suit function and vitals from home base. All are reading normal, you have my go ahead. Teamleader, commence walkabout accordingly.”

“Well as far as I can see, currently the planet is a frozen tundra. Mapping out my path, I see nothing but soft snow for miles, I'll proceed with caution but nothing of significance yet.”

“It seems my suit is reading the same oxygen levels as on the ship, if it wasn't for warmth I don’t think I’d have any problem taking off my helmet.”

“Let me try and take a sample while I'm here.”

Finn unholstered his hammer probe, and brushed away the light snow hoping to unearth some type of usable sample.

“Okay Mackenzie, we may have a little problem. It seems like I exposed nothing but ice. From where I'm standing it would seem you and I are on a frozen pond, I see no type of abrasion or critical damage, initial analysis says the ice is plenty thick and permits no danger currently.”

“Still Finn, there's too much unknown, low visibility and unseen variables dictate that you return to the ship.”

“Oh will you stop, it's fine I'll be careful, honestly I really don't want to turn back yet, I’m gonna keep going and see if I can't fetch us some samples. If that's okay with you, Captain.”

Mackenzie obviously couldn’t see Finn, but she knew he was smiling.

“Alright go ahead, but please be careful.”

Finn ventured onward into the unknown of planet X-29, leaving presumably the first human footprints in the flakey snow with an audible crunch. Each impression left a boot-shaped window into the depths below.

“Communication check at two hundred fifty meters from the vessel.”

“That one didn’t take too long, Finn. What happened? Did you miss me?” Mackenzie responded with a chuckle.

“Yeah, it’s lonely out here and I wanted to talk,” Finn said with a chuckle of his own.

There was something hauntingly beautiful about an uninhabited planet. These eerie moments of silence are what Mackenzie loved most about this job. “You’ve never really experienced true silence until you’ve set to the stars.”

Even the vacuum of space does not allow for the absence of sound to create white noise, but a bone chilling calmness. Something about the untainted and purity of the universe itself is reason enough to embark on these arduous explorations.

Mackenzie was snapped out of her state of Zen when static burst through the radio, followed by Finn’s voice.

“Ya know, Kenzie, I was thinking, this honestly might be my last trip.”

“Okay, that came out of nowhere. What makes you say that?”

“I don’t know… the way I see it, though, Earth won’t be able to sustain life for much longer, and we’ve still got at least sixty years give or take a dozen or so . I would love to spend time with my son. Plus, I think I’m getting too old for this. Wormhole travel is too much. After a while it feels like my heart and stomach have traded places.”

Before Mackenzie even had time to respond, a harsh gust of wind blew in from the north rustling communication.

“Wow, that came out of nowhere. The anemometer read gusts just above thirty miles per hour. Everything okay out there, Finn?”

The heavy winds whipped away the delicate snow in one blast, exposing beneath it an entire landscape of solid ice.

“I’m good, but my previous hypothesis was wrong. It wasn’t just a frozen pond or a small body of water, Mackenzie from what I can see, the entire planet IS frozen water. Who knows the extent of this, and I’m not sure it bodes well for our mission.”

“Alright team leader, return to base. Let’s regroup and reassess our data. I don't want to give up on this place.

Just as Mackenzie finished her order, another unnatural phenomenon occurred.

“Oh man, Kenzie, did you feel like the ground shook a bit? Was that an earthquake?”

“Yes, a very low magnitude, but it registered on the scale...”

The low rumbles intensified, the shaking becoming jarring as it knocked Finn to the ground. The once tranquil silence Mackenzie took pleasure in was drowned out by thunderous cracking, and the low moan of what sounded like a distant foghorn resonating from afar.

Fear nearly cemented Finn to the ground when he saw an explosion of tentacles shatter the ice. , Wriggling from the icy prison below as they tried to tickle the stars above. One by one, the blasts of the enormous kraken-like creatures erupted throughout the presumed impenetrable ice. The sheer enormity of these newly discovered beasts drained the soul and replaced it with dread.

The planet’s awakening didn’t seem to slow down. In fact, it gained speed as rumbles and growls from beneath foreshadowed further rebirthing of more monsters.

Through sheer will and determination, Finn sprang upright and began a mad dash towards the shuttle.

“START THE ENGINES NOW WE HAVE TO GO.”

Finn ran as fast as his feet would permit, his heart beating so hard it reverberated in his head. His labored breathing fogged up his helmet, making it difficult to see.

Finn cleared a bit of fog from his front view window on his helmet in an attempt to gain some type of bearing.

Just to his east, visibility allowed him to see a slow, more deliberate emergence. Hatching from the depths below was an enormous scaly claw the size of a redwood tree trunk. The head of a reptilian was larger than the front end of a plane.

Breaking free one step at a time, the alligator-like behemoth emerged from the ice, showing more of its immense size.

Finn stopped in his tracks, visibly shaken by what he was seeing.

The creatures locked eyes with Finn, staring at him with bright yellow retinas the size of truck wheels; hypnotizing him in place. The brute found his way halfway out of the ice, leaned back slightly, then quickly lurched forward, emitting a roar and exposing his massive serrated set of teeth. The sound shook Finn’s organs and almost knocked him to the ground once more.

Finally, after regaining control, he sprinted the rest of the way towards the idling ship. Dashing up the ladder and quickly closing the hatch, he collapsed to the floor, unhinging his helmet and sinking into a fit of heavy, panicked breathing.

Breaking the planet’s atmosphere, Mackenzie peered out the shuttle window. What she saw was a hellish frozen landscape, birthing enormous beasts cracking and obliterating the icy shell that encompassed the vast majority of it.

Excessive evaluation of planet X-29 was rendered incomplete due to unforeseen circumstances. Oxygen is rich, gravity is conclusively on par with standard regulation with no recognizable tidal locking. Air quality is confirmed as standard and within normal limits. Presence of water is also confirmed beyond visible examination. Verification of colossal species of animal rendering planet unshareable. In conclusion,

I cant wait to see what I can create here.

More stories from James U. Rizzi and writers in Fiction and other communities.