by Abel Everett 2 months ago in Sci Fi
Report Story 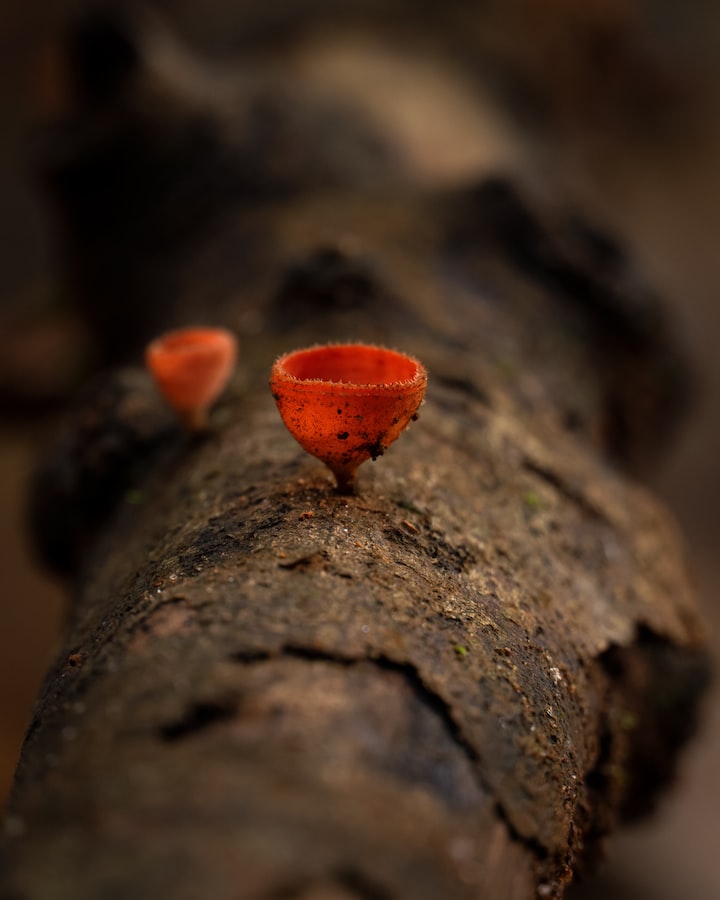 Photo by sahil muhammed on Unsplash

Nobody can hear a scream in the vacuum of space, or so they say. Nobody hears a mime being crushed under a pine in a forest either. The things people used to say. I have eternity it seems to think and ponder. Deep sleep, wake, check measurements and data and if the data is good do a fly by. I had not set foot on one planet in over 300 potential Goldilocks zones in over 297 earth years. Signals went out back to Earth but had stopped being received about 100 chronological years ago.

What if everyone on earth was all dead? What is the point? The mission was my whole life but what if it's results no longer mattered? My whole life was vast space and various navigational points.

I wonder if Earth misses our matter when we die alone out here. That's unless the planet knows everything in the cosmos is pieces of everything else. And from what we surmise the universe expands and contracts on proportions boggling to such tiny grey matter. Part of a whole. A human being is oddly significant in complexity yet insignificant in the abyssal whole. Here was I, significantly insignificant sleeping my way through Space and Time. A mote in a thimble, in a cup, in a bowl in a bucket in a cauldron in a dump truck and so on. Pilgrim or Russian Doll? To see things no other human would ever see, ever. To be the likely last of my species among a handful of other pilgrims scattered throughout the galaxies.

A self-ruined species. We did not come to these worlds in good will and prosperity. We probed them out of desperation. To save our species from its own mistakes. While none of the other species on the planet could blast off to save themselves from our catastrophe. Although I did sometimes wonder if the symbiote would bond with animals too if attempted. Considering it now I am surprised I never asked my tutors.

This planet for which I was just awoken from deep sleep was double the size of earth but the methane levels were significantly higher than estimates. Time to get back in the mycopod. I didn't mind. I knew I dreamed in a way that was different from back on earth, before the full symbiote was utilized. Now my dreams seem like they are all on the other side of a consciousness wall. They are full and real but not available to my conscious memory. When I awake, it feels like there is something important I need to close my eyes one more second to recall, but nothing comes.

I did scream a couple of times to just do it. Not often. The silence of space was deafening. Sometimes I shut off all non-vital systems and would float in the dome of the atrium. In the place of ambient sound it was as if the void around me rushed to fill my ears. Floating there a part of the stars that swirled around me. It was hard not to miss the sounds of home. Running water, birds chirping and even just a slight breeze would be nice.

The destiny of a Pilgrim. I was still very much human despite what Expedition 897 discovered which allowed for my bioengieering and others going forward. It was a mycelium-like organism that shared our DNA and it could bond with a fraction of what was left of humanity. Something like .67%. The undertaking had to be conditioned from a young age. Gradually the mycelium was introduced and began to develop symbiotically.

Children and those with the ability to host were called Pilgrims. We were instructed in History, Art and Post-Fall Philosophy by our monk caretakers. The Atheists were our tutors in science, astronomy, physics and chemistry. We were only ever allowed to play and interact with others who had bonded with the symbiote. The Pilgrims became a precious hope for humanity. Cloistered for our scarcity and prepared for this cosmic solitude to send back hope from distant stars. Pilgrims. Martyrs. Suiciders.

I had but one friend in this cloister. They were called Ezra. We shared tutor sessions, and cellular modificiation chambers and were allowed to recreate together in the activity yard. At times other young pilgrims would attend but it was thought that human connections should be minimized, but fondness for the species itself cultivated in a bond with another. And so Ezra and I had bonded. They were fond of rabbits and I liked birds. Music was something we shared from the ancient records of Rock and Roll to the monks droning and calming chants. We would join in and feel the brain and body meld that unified our cloister. Then, after we were fully introduced to the symbiotes Ezra and I were sent our separate ways to find a new home. I still thought about them often.

The symbiote was what allowed me to go into deep sleep and not age or deteriorate. It was hosted in almost every organ in my body. Enhancing nerve signals, neurons, muscle movement and dexterity. It even allowed me to simply ingest a basic nutrient paste for survival. Once you bonded the symbiotes survival was tied to your own. So the ship and the mycopod were forever a part of me. Hypothetically, we could live aeons if the structure of ship and mycopod were intact. Most of that time was spent asleep as necessity for the time involved to cover the distances.

And so I charted the course to our next Goldilocks zone. As I was finalizing the path, an alert of a newly originating supernova was being received. This is something the computer would stop well before automatically to prevent any disasters should I have programmed it in. There was another galaxy not too many light years off with a B Class rating zone. I had checked over many B- zones and all were no-starters from the time I entered the galaxy. I didn't think this one was worth a look but duty prevails and I could utilize the positioning to check out the A Class zone planet after this one bypassing the Supernova. The computer assessed and confirmed the route.

Easing myself into the soft and earthy aroma of the mycopod, the metal door silently sealed into place above me. The symbiote unfolded and simultaneously immersed and penetrated countless pores all over me from where it was rooted into the walls and top of the pod. The biochemical trigger to wake would kick in upon arrival at the designated galaxy. As I was drifting into deep sleep, the musty, earthy scents took me home somewhere in my dreams. That's all I ever knew upon waking. It was so comforting, that I knew my brain could just go right back to sleep if I did not have a mission to attend to. It should be mentioned the organism would awake me if survival was ever in doubt.

I eased out of the pod. Stretching each limb and finger slowly, feeling conserved blood flow reactivate. It was like being rehydrated from the inside out. Skin went from dry to smooth and a sensation of crackling could be felt in every part of my body. My thoughts became clearer and my sinuses stretched and cracked as I breathed in recycled air.

This felt like a dream in itself. Every time I stepped out of the pod it was a deja-vu, but a false one. That I've been here, done this before. This same routine and so very much time spent unconscious. The planet was still a ways off but readings were good. Heavy on the Carbon Dioxide but enough Oxygen to breathe.

I made a meal of paste and sucked it down, reading some of my digital archive of earth books to pass the time awake. As the planetary analysis probes began to trickle in information I put the tablet down. This wasn't possible. It was a B planet with oceans of water. In the same Goldilocks zone as earth to a dwarf star slightly larger than our own sun. I went over to the camera probes and excitement bubbled up in me. Giddy as the planet loomed closer I saw it was a veritable Pangea. Then the sense that I had been here before, done this before was stronger than ever. It felt so right and only so wrong because I have not been here before but it felt like it was happening in an overlapping fashion. Two realities layered over one another.

It even looked like ancient Earth before the continents separated. No signs of radio life but there were shades of green and so much blue down on the surface. Then I saw it. A moon just like our own. Grey and mottled rock. The report had mentioned the possibility of a moon. This was just all too uncanny. This would be the first planet I would set my feet on and I had to slow down excited thoughts and rapid firing synapses that wanted to rush to action. “Calm Dago. This is just one of many many planets. Too good to be true.”

Then. It stopped me. “No. This is home.” The voice was just there. In my head, in the ship. It was simple and soft. I knew better than to respond. “You know me. This is home.”.

“You are the voice of the symbiote?” But I said it as a statement.

“You call us a plant -like alien similar only in cellular structure and organization to fungi you have on earth. We/I chose to alter our DNA for your species. We aligned ourselves with those who could drift so that one day we might drift together home. Open the pod.”

Hands steady I reached back and retracted the mycopod lid. And the symbiote tissue had worked its way into a replicate mouth, throat and vocal chords somehow. “This is for you but I can speak through your own lips should you choose. We are collaborators not controllers. You would have to wish for me to speak with your lips and I will. Look now upon this planet and take us home.”

Inherent trust. I heeded myself as this symbiote was me now too. We had been taught that by the monks, but the symbiote had never communicated thus. Truth told, I never thought of it as anything other until it spoke to me. It seemed to distinguish it from me somehow that there were things unknown even within myself.

The voice went silent and instead guided my steering and as I got closer the planet. Then, unbelieving, I felt my breath leave my body. There, at least 8 other interstellar vessels like mine with various designs and insignia on them. They were orbiting the planet.

Centuries alone. Could it be? Here? The symbiotes did this? Attempting local comms with the ships only raised static.

“That ship. That insignia! Is that Ezra? Are they alive?”

“They are home.” The voice spoke to me from my own lips.

As much as the symbiote in me yearned for that planet, why hadn't they landed already?

More stories from Abel Everett and writers in Fiction and other communities.