by Brooke Richter 5 months ago in Young Adult
Report Story

There is nothing worse than being exposed as an athlete. 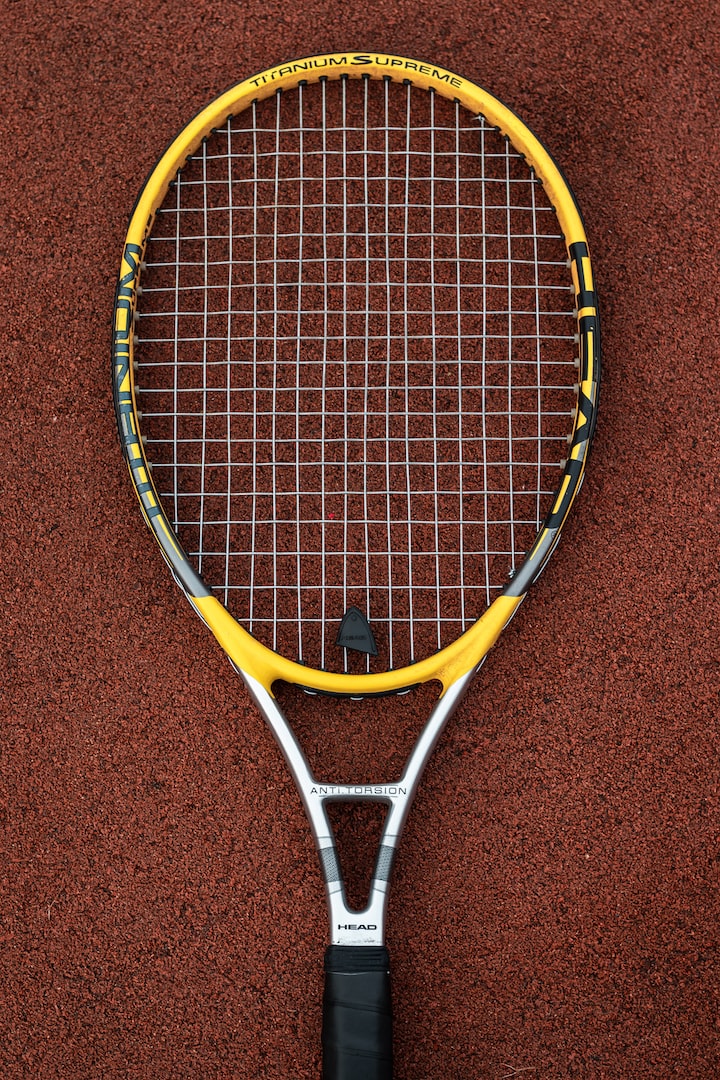 They took his entire backpack apart. Unzipped, turned inside out; contents strewn all over the wet, muddy ground. They tore up the papers that weren’t completely soaked right after chucking his Ipad Pro at the wall across from the lockers. His Iphone followed shortly… it didn’t stand a chance.

He had his baseball bat with him. Rookie move, I thought. What moron brings his sports equipment to school? Is he asking for a beating? How embarrassing!

By this point, a crowd of our small town finest teenagers had formed. Most were just giggling and recording the show, but a few were trying to get in on the action. After all, his sports duffle was fair game and had been left unclaimed.

I turned away before I would have to witness the end of this poor kid’s social humiliation. They would get tired of taunting him soon, and he would be left to reassemble his possessions in peace.

I shook my head in disgust. I didn’t even know the kid and I felt embarrassed for him. At this school, everyone knows that athletes are lame. If it was possible to include the adult staff in the high school social hierarchy, athletes would rank below even the lunch ladies! That’s saying something too, because Bald Head Mrs. Hairy manages to leave hair in every corner of the cafeteria, except for her actual head. Don’t ask where the hair comes from. Nobody knows. Maybe she gets it from the bodies of athletes, after they die of mortification from being found “out”.

God. There is nothing worse than being exposed as an athlete. It doesn’t even matter what kind; soccer, football, baseball, track… they are all equally as likely to land you in a choke hold with a swirly soon to follow.

Now that I’m past the “scene”, I rush to my locker and pick up my saxophone. I hate this thing. I hate having to buy reeds from the store. I hate that this sax is gold, instead of silver. I hate that I have to spit on the floor between sets. I hate playing. I hate reading music. I hate all of it.

I wish that the bullies would take this saxophone and throw it at the wall like they did to whoever that poor kid was. Of course, that would never happen. Everyone loves musicians. Our school band is the number one in the country, and our concerts bring in 75% of the funding for the entire school. The administrators and the parents will overlook any indiscretion, as long as we’re able to play the next weekend. We have such a large band that half of our players just sit and watch. They’re useless, but they would rather be useless with the band than a complete nobody. Unfortunately, I have been playing at a perfectly calculated level of mediocre since my dad first forced a saxophone into my hand. I’m told I was just shy of 6 months old and spit up all over it.

I wish I could spit up on it now.

When my friends catch up to me, they have their own instruments tucked under their arm. Kelly plays clarinet, Mike plays trombone, and Lily plays the violin. They love carrying their instruments all over school. It’s a badge of honor for them. Sometimes, they use their instrument cases to shove freshmen out of the way. Most of the time, I don’t even like them. I hang out with them to avoid being alone. That’s always dangerous on this campus; people start to suspect that you like your own company. Total faux-pas.

Life went on like this for years. Seasons blended together into one cacophonous blur.

Senior year started. Everyone throughout they knew everyone. I only had to make it through one more year.

I had a secret. Nobody had found out yet. I was triumphant and cocky. My arrogance knew no bounds, and this actually helped the facade. I played sax during the day so well that nobody looked below the surface. Nobody knew my secret.

Except for one girl.

She had been out exploring the neighborhood one early Saturday morning after her family moved from Texas.

To my complete mortification, she witnessed me holding a racket and hitting the ball against the wall. There was no way to hide it. I was playing a sport, and she saw me doing it. I froze like a deer in the headlights, but monsters still see you even if you think you’ve willed yourself into a statue.

Why did this monster have to be so pretty?

“It’s not what it looks like!” I blurted. My face was bright red. I knew this was the end.

She gave me a thorough once over and asked, “Is this not tennis?”

“Well, then it IS what it looks like?” She had this adorably confused but also concerned look on her face. Maybe sports aren’t considered so taboo in Texas? Maybe she’s also a freak?

Honestly, at that moment, I didn’t care. I knew I would do anything to get her to stick around. So, I said the bravest thing I’d ever said; “Do you want to play with me?” And she did. She kicked my ass, and that’s when I knew I was in love with her. I don’t just mean “puppy love”; I mean, “heart stopping, can’t breathe, I want to know every detail about her” love. She was cute and smelled sweet, like vanilla. What more could a guy ask for?

Unfortunately, she thought I was just some loser tennis player. After a few brutal setdowns, she started to take it easy. Eventually, she paused and gave me some sympathetic pointers. It was humiliating; didn’t she know that I haven’t gotten to practice? Nobody even knew I played. How was I supposed to get better in this toxic environment?

Luckily for me, any attention is good attention. She gave me tips for the rest of the day and I went home feeling very excited about this new acquaintance.

The next day, she was enrolled in school and officially the hottest girl on campus. This lasted exactly four hours, until Britney McGee discovered the tennis balls in her bag at PE. She went from 100 down to zero faster than you could blink. I witnessed it all from afar, feeling more and more ashamed for every second that passed.

At lunch, my friends were sitting around laughing about the loser new girl who played sports. They yelled out, “Only emotional girls play tennis!” and “I bet she has to go to therapy after school” and “She probably doesn’t even like boys”.

She heard that last one, and, remembering our afternoon together, looked me dead in the eye from across the cafeteria. She raised one eyebrow, indicating her disdain. She let out a huff of air and turned away.

I didn’t go after her. I didn’t tell the boys to shut up. I froze up like an idiot deer in the headlights. My jaw dropped open, ready to rail at the injustices of the world. I was going to announce to the entire student body that I, one of the slightly better than mediocre saxophone players, was also a tennis player.

My lips moved. Not a single sound came out.

She left the cafeteria with her head held high. I hated myself.

I would like to say that I gathered the courage to run after her with a sweeping declaration of not only my love for her, but also a rejection of societal norms that made absolutely no sense. In this alternate reality, I would have jumped on top of the middle cafeteria table and yelled out, “I have a secret- I play tennis and I love it. I want to play in college. I want to teach my kids. I think it’s chicken shit that athletes are bullied, and it’s time for this to change!”

Some people would start to clap, and everyone else would slowly join in. Britney McGee and her friends would probably glare and storm out of the cafeteria, but it would do nothing to stop the tide of change sweeping over our high school.

In reality, none of this happened. I remained paralyzed with fear, and she left the cafeteria. She walked straight out to the parking lot, got into her car, and went home. She never returned to school, and nobody but me ever thought about her again.

She made the decision to finish high school at home, as some part of an independent study option. Presumably, she had plenty of time to practice tennis, because she was admitted to the university of my dreams on a full ride scholarship the following Fall. This gave her the opportunity to pursue her business degree while also playing the sport she loved. She graduated and went to law school, and then met and married another tennis player. They had two adorable children, who also grew up to be athletes. They didn’t care what people thought about them; they were happy.

Meanwhile, I did not receive a scholarship for tennis. I didn’t even receive an acceptance letter to the university. All I had to show for 18 years of life was an average GPA, a slightly better than mediocre saxophone skillset, and some rusty tennis playing skills. My ordinary childhood turned into ordinary adulthood. I wasn’t miserable, but I wasn’t ecstatic. There was always food on the table, but it wasn’t flavorful.

I missed my chance for an exciting, passionate, thrilling life. I had countless opportunities to speak up for what I knew was right, but I chose not to. At every fork in the road, I took the easiest possible route. A million mediocre decisions contributed to my mediocre adult lifestyle. The person you pretend to be is the person you actually are, and I came to this realization too late. Every bad decision took me to this point; average, mundane, washed out, and boring. The opportunities that I had to overcome this character flaw came and went multiple times, but I did not change and therefore, I have to assume that I don’t want to and I’m not going to. The people who follow their dreams without regard for criticism are the people who fully live with vibrant colors and intricate emotions. Authenticity breeds happiness that is unique and special to each individual who knows they are following their gut instincts. The insecurity and self-hatred that I harbor will continue to eat me up until there is nothing left but a mediocre, empty shell.

More stories from Brooke Richter and writers in Fiction and other communities.